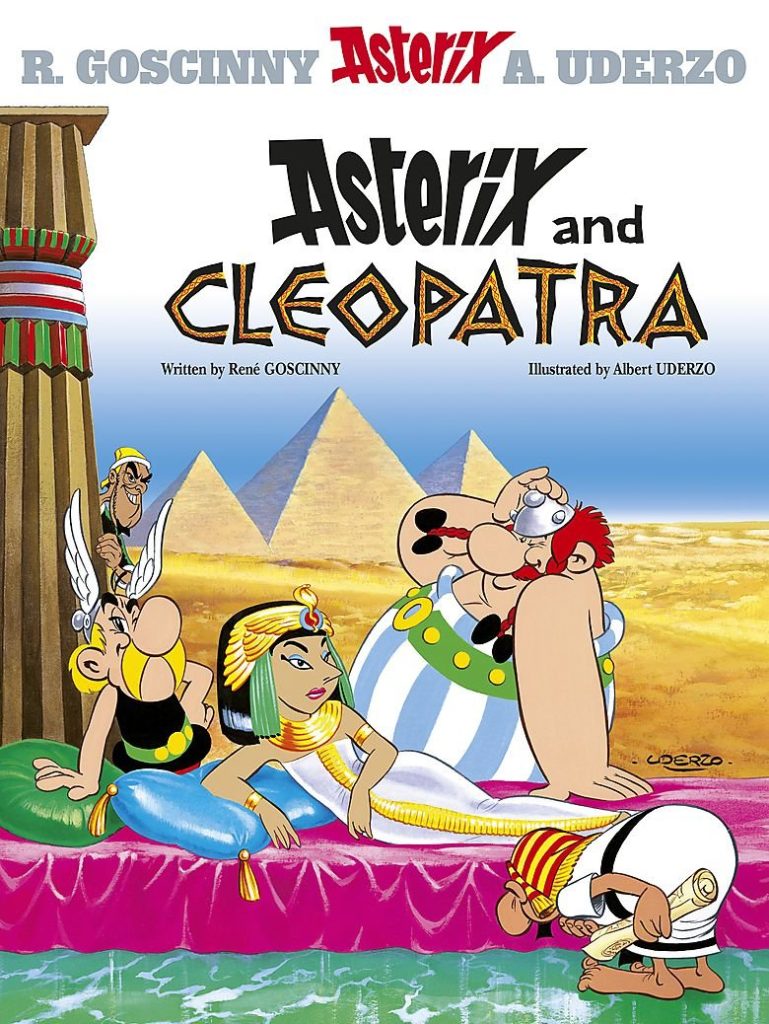 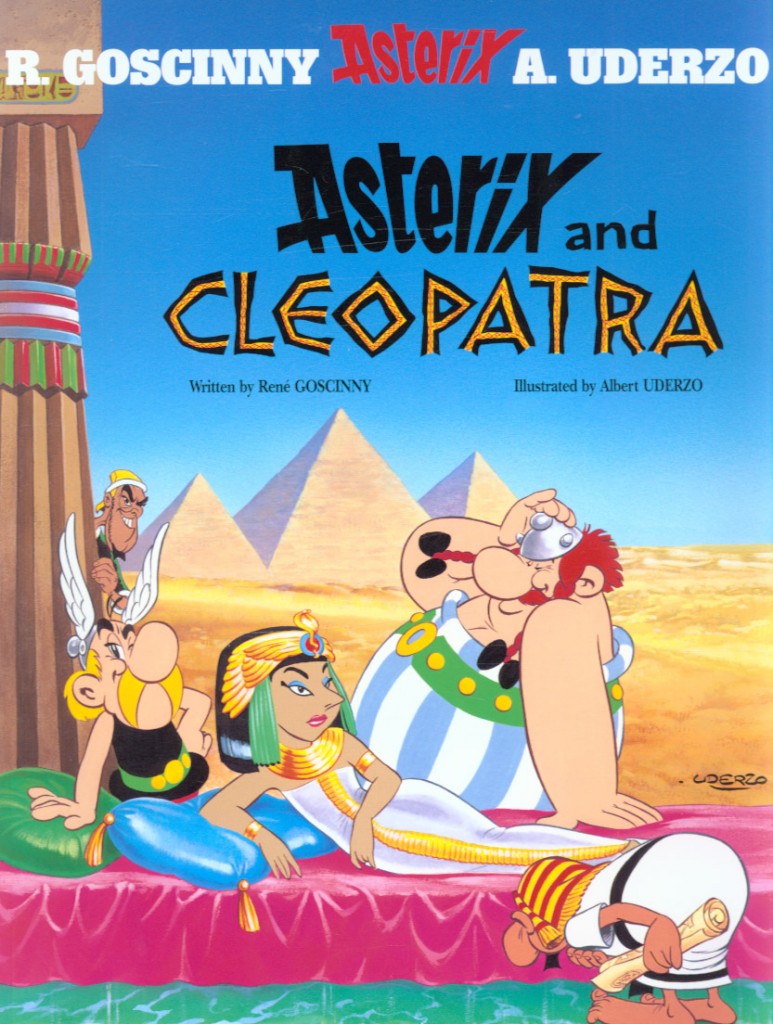 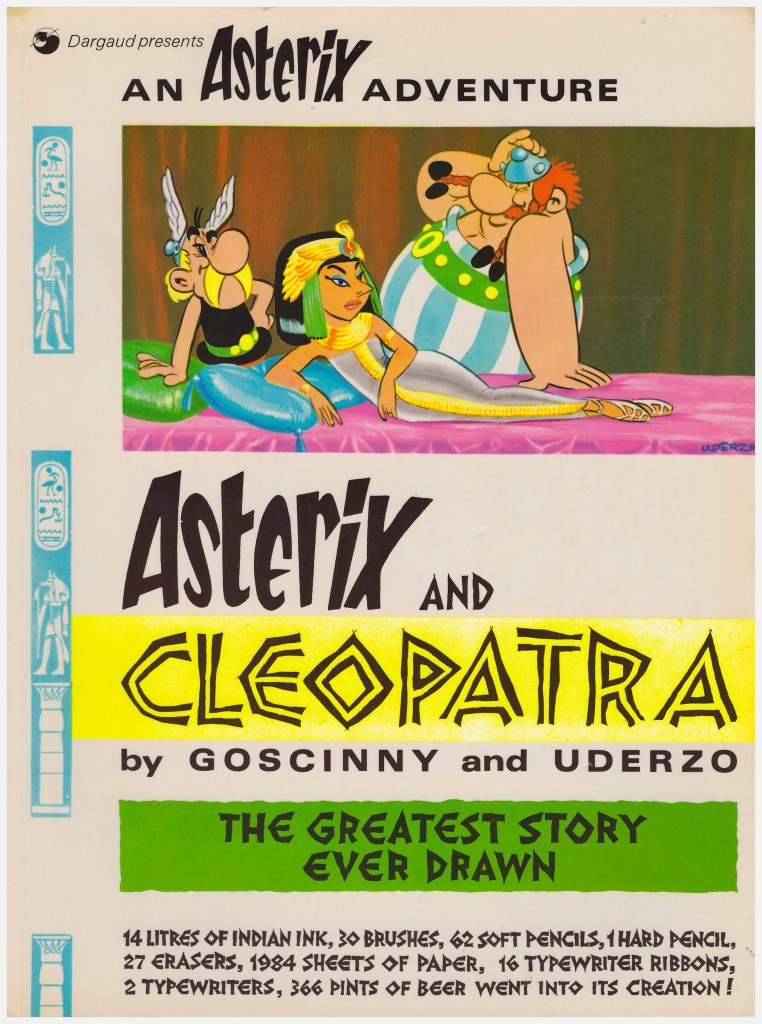 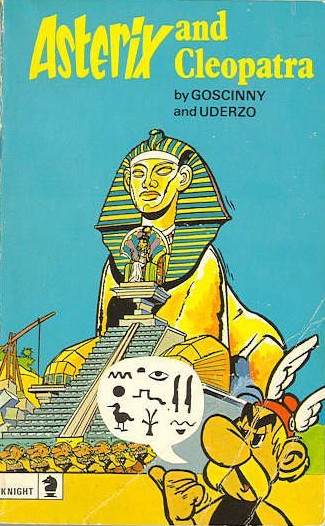 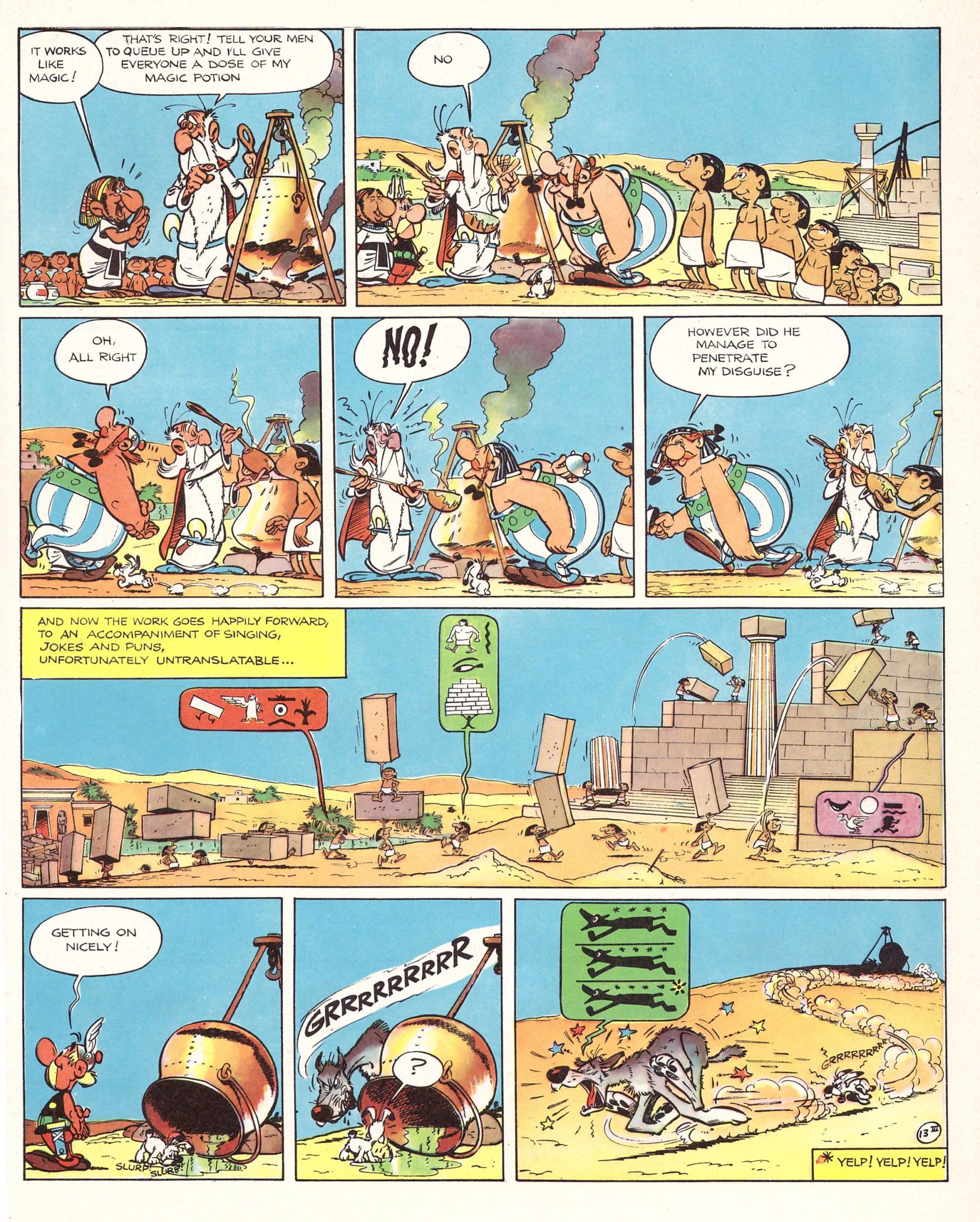 Asterix and Cleopatra takes its lead from Joseph L. Mankiewicz’s epic three hour Cleopatra film, released in 1963, and there’s no little irony in the adaptation making the movie screens in 1968.

On seeing the film René Goscinny and Albert Uderzo instantly recognised the potential for their own series. The collected volume wasn’t published until 1965, but serialisation in Pilote began in December 1963. The plot is set in motion by Cleopatra’s response to Julius Caesar’s scornful depiction of Egypt as a society with nothing left to offer the world. She promises to construct a palace for Caesar within three months, and tasks architect Edifis with fulfilling her promise. Incompetent he may be, but Edifis realises the impossibility of the meeting the deadline without help, so visits his old friend Getafix.

There’s a great running gag about the decline of Egyptian construction. Edifis is considered the best architect in the country, yet his own house is a structurally unsound edifice with support pillars at odd angles, jammed doors and dangerously uneven steps. As the plot continues we learn why the Sphinx has no nose. A couple of elements indicate the formula hasn’t quite fallen into place, such as the pirate captain swearing revenge on Asterix and Obelix, but Dogmatix is named for the first time.

Gothic typeface had been used to characterise in an earlier volume, but the idea fully develops here with the use of fake hieroglyphics to depict Egyptian speech. In some scenes random symbols are used, but occasionally there are some gems. At one point Edifis’ rival Artifis falls down some stairs, and his word balloon is a flying black dragon and a busy spiral followed by four skulls, a plus sign and another skull. Artifis is a magnificently depicted bundle of cunning, arrogance and resentment, and Cleopatra herself beautifully constructed, with, of course, a very pretty nose.

There’s a case to be made for Asterix and Cleopatra being the first masterpiece in the Asterix series. It’s consistently funny, Uderzo’s cartooning is brilliantly expressive, and one can constantly re-read and discover new elements. The running gag about Cleopatra’s nose may seem mere whimsy, and works well as such, but originates in a quote from 17th century French philosopher Blaise Pascal about how the history of the world would be different had Cleopatra’s nose been shorter.

For many years the cover to Asterix and Cleopatra parodied the 1963 film poster and the accompanying excess of the publicity. Recent printings adopt a new cover more in keeping with the remainder of the series. It’s led to complaints, but while the film may have inspired the book, it stands tall without the connection, and few 21st century readers will realise the origin of the original cover. It is, however, a shame that newer readers will no longer know how many pints of beer went into the book’s creation. Oh, alright. 366. 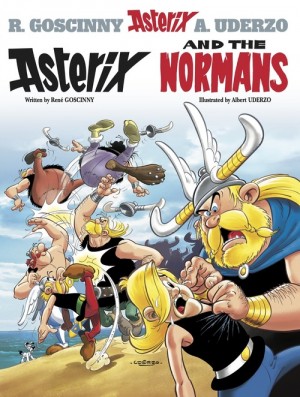