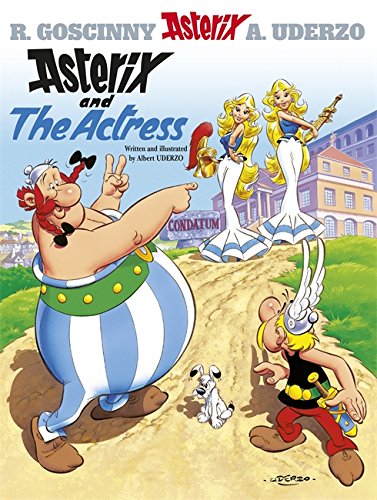 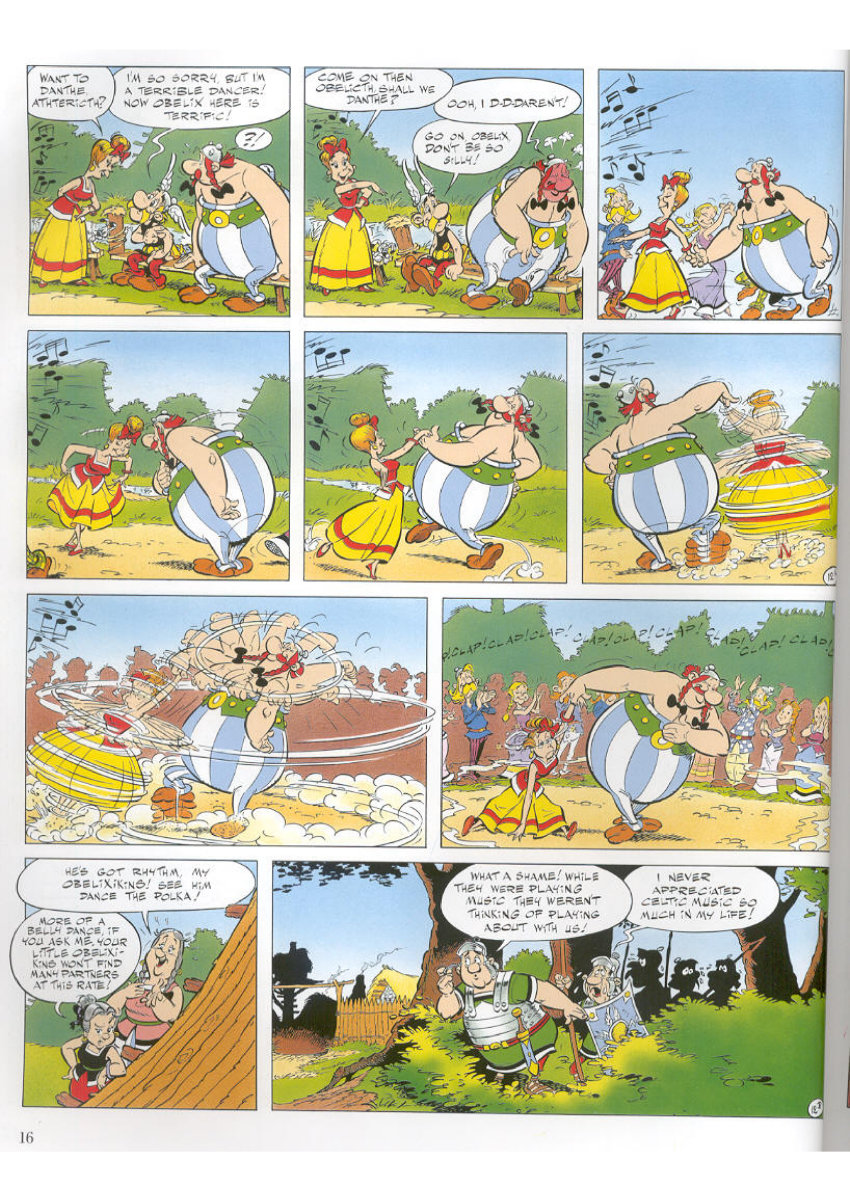 Asterix and old buddy Obelix return from a hunting trip to a surprise party the village has thrown for their birthdays. Among the surprise is that their mothers, Sasparilla and Vanilla, have come to visit while their fathers, Astronomix and Obeliscoidus, arrive a few days later. They have sent some nice gifts in the meantime: a beautifully jewelled sword for Asterix and an ornate Roman officer’s helmet for Obelix. Turns out they acquired it from a drunken Roman, who turns out to be none other than Tremensdelirious (Caesar’s Gift), those “gifts” really belong to the exiled Pompey and he wants them back. What follows is two of everything: two Panaceas, two factions of warring Roman legions, two mothers desperate to marry their sons off, and two fed-up friends.

While it is true that Albert Uderzo was at his best when Rene Goscinny was writing the scripts, he wasn’t exactly a bad writer. Nevertheless, this is possibly the most disappointing offering of the little Gaul Uderzo has presented this far. There is very little, if any, fault to be found with his artwork as he produces some fine half-panels of the Gaulish village and Roman Legions at each other’s throats, much to the dismay of Obelix.

So, in terms of illustration it is pure and fun Asterix, but the story itself is entirely a different matter, not exactly a new story as a poorly stitched patchwork quilt of old storylines. That’s not entirely unusual for an Asterix, except Uderzo seems to have taken a little something from every title, flung them all together and hoped for the best. Caesar’s Gift, Asterix the Legionary, Big Fight, and Laurel Wreath are the most obvious ones used. Purists might balk at Asterix and Obelix being born on the same day since they previously celebrated different birthdays (see Obelix and Co.). Honestly, it feels gimmicky and while that isn’t really a big deal, it contributes towards making this a weak story. There are some funny moments, but they are momentary and after a while interest wanes. The introduction of Asterix and Obelix’s parents (previously only featured in short story collections) and the re-introduction of familiar faces only adds to the misery, making you face the reality that Uderzo may finally have mined the last veins of good material.