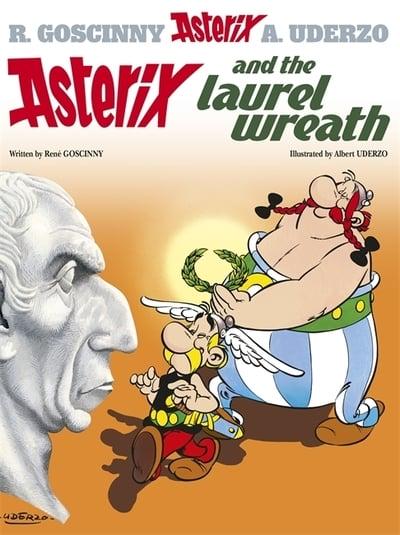 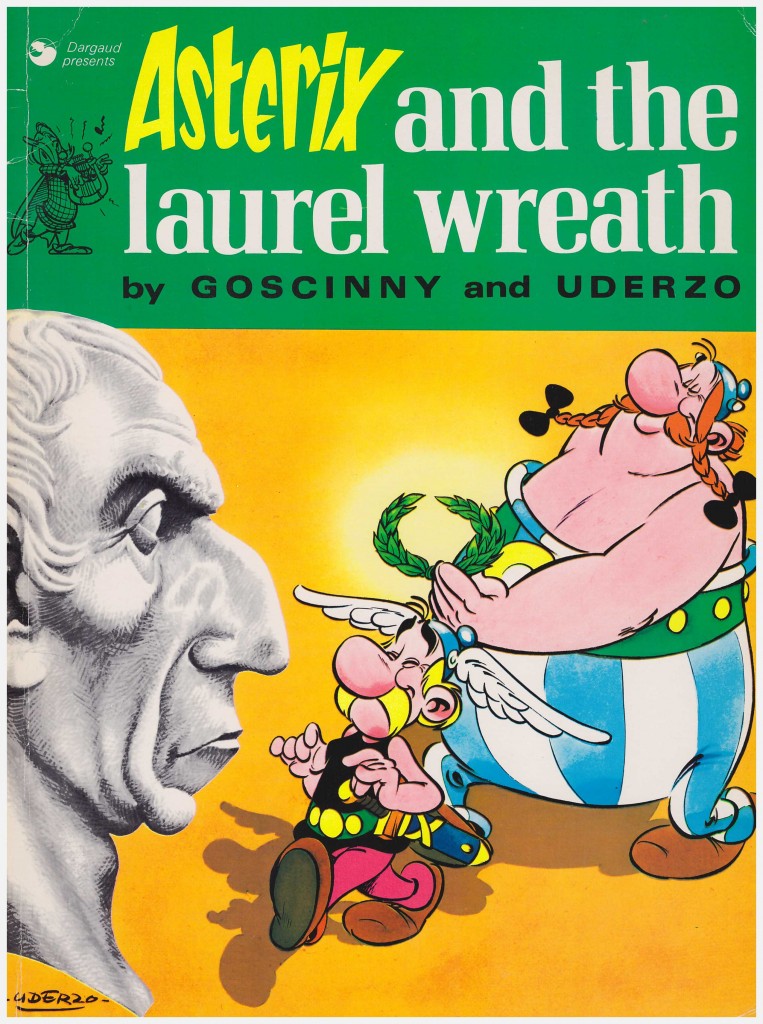 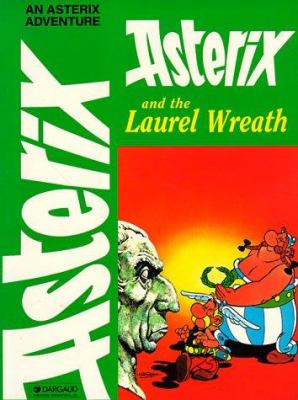 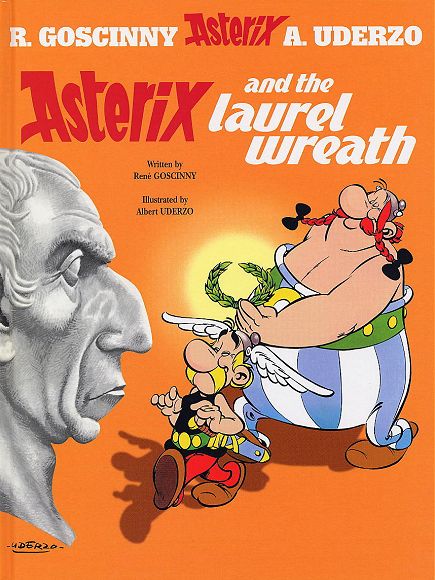 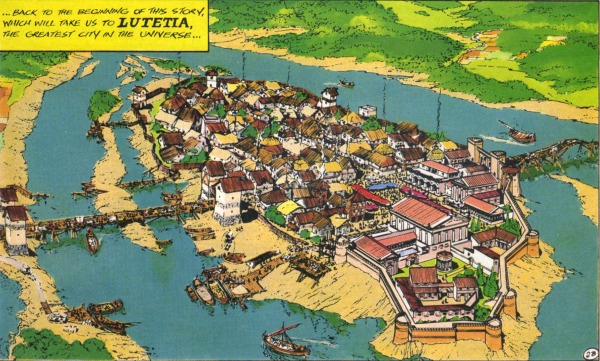 First published in France (as Les Lauriers de Cesar) in 1971 and translated into English by Anthea Bell and Derek Hockridge in 1974, Asterix and the Laurel Wreath is one of the funniest and finest albums in the Asterix series, and a very good starting point for older readers. It’s also one of writer René Goscinny’s most formally inventive narratives.

It opens in Rome, then suddenly flashes back to a socially tense dinner party in the Gallo-Roman city of Lutetia. This sumptuous banquet, attended by Chief Vitalstatistix, his wife Impedimenta, and his guard of honour Asterix and Obelix, has been laid on by Impedimenta’s rich and city-sophisticated brother Homeopathix and his wife Tapioca. Increasingly drunk, and increasingly irked by Homeopathix’s boasting, Vitalstatistix vows in return to serve his brother-in-law a meal seasoned with Caesar’s laurel wreath. This rash promise sends Asterix and Obelix to Rome in search of the wreath.

It’s a quest that sets in motion another grand picturesque adventure, with our two heroes selling themselves as slaves, infiltrating a Roman family who they believe to be close to Caesar, and finally, being put on trial as failed assassins. But at the same time, this is also a sharply felt black comedy about the rivalries and tensions to be found in ordinary family life. Men-children Asterix and Obelix heal the rift between their Roman ‘owner’ and his son, while the Chief’s status as leader and patriarch is undermined by Homeopathix’s ostentatious display of wealth, and by Impedimenta’s withering scorn (“Homeopathix has got to the top, he has! His wife doesn’t live in a village of madmen, surrounded by Romans.”) So it’s also about town versus country, fathers versus sons, husbands versus wives, tradition versus modernity – all in just 48 beautifully illustrated (and coloured) pages, each of them as downright tasty as Homeopathix’s main course of Beavers’ Tails in Strawberry Sauce. Or, as a drunken Obelix might say, “Zigackly, you’re ferpectly right!”