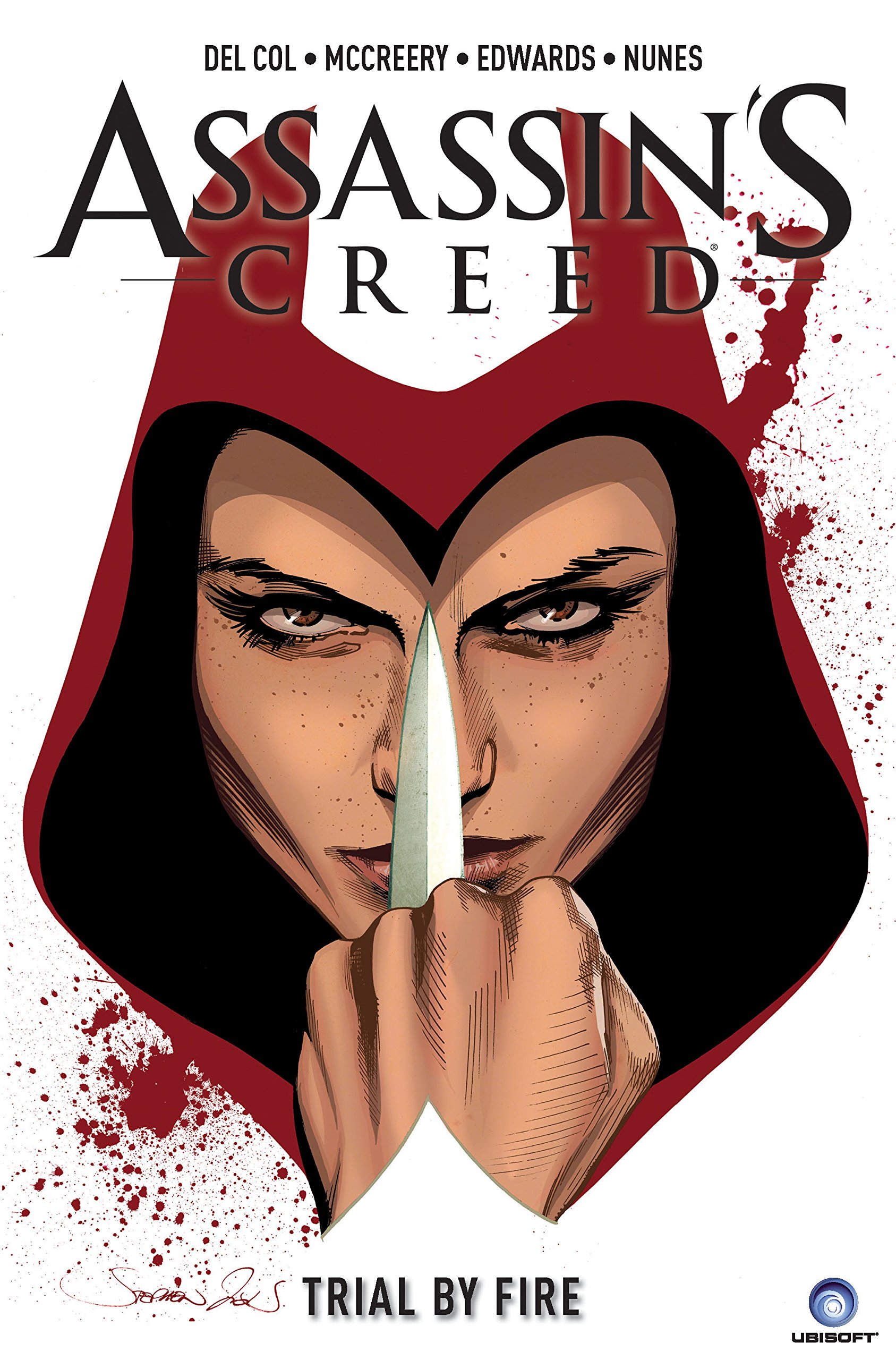 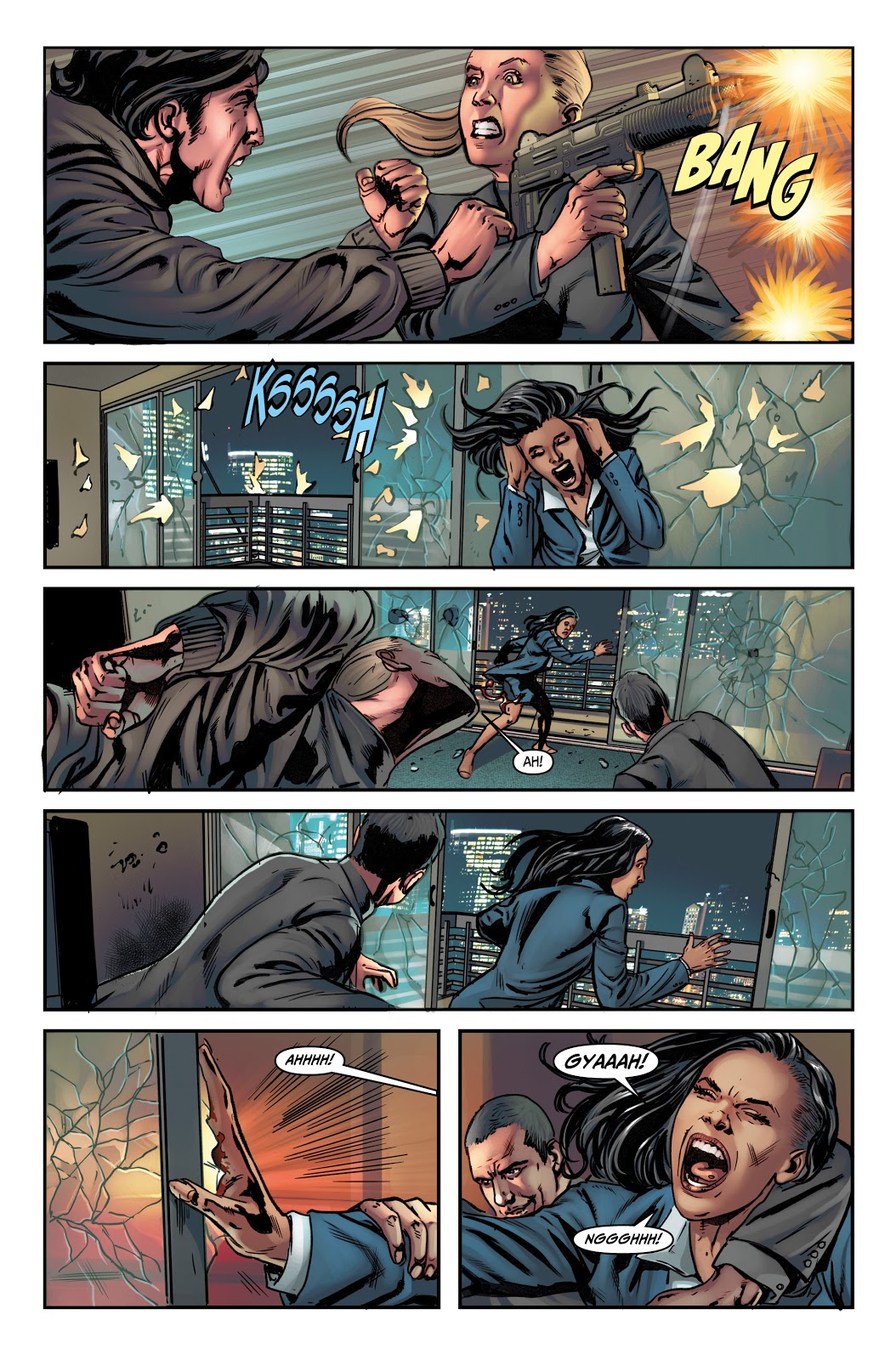 A new chapter begins for Assassin’s Creed focussing on Charlotte de la Cruz. She works in a bank, yet has a highly developed sense of ethics, and despises a system that permits the corrupt to flourish at the expense of ordinary people. As form of catharsis she plays an online game, at which she’s become very good, reaching the higher levels. In a moment of clever plotting disclosed early, writers Anthony Del Col and Conor McCreery reveal the game as a testing ground for recruiting new members of the Assassin’s Brotherhood in their centuries old war with the Templars. Charlotte passes the test, and she’s soon involved in exploring the pasts of her ancestors to locate a piece of the missing mystical object the Brotherhood are keen to prevent the Templars acquiring.

Del Col and McCreey have several further good ideas to add to the Assassin’s Creed mythology, answering questions about the game that would occur to fans. A neat touch is that the ancestor Charlotte possesses during the Salem Witch Trials is a man, while the writers make good use of the suspicions and paranoia those trials encouraged, and the known evils of the historical setting. So does artist Neil Edwards, switching between past and present. The characters that need to stick in the memory are the villains, and he invests them with suitably repellent designs, knowing we’ll dislike them on sight, and making fine use of the evocative period clothing.

The mission in the past is relevant to the present because it will reveal whether or not a much valued member of the Brotherhood is actually a traitor. The writing team plot this well, keeping the tension on the boil, and they provide a neat conclusion dependent on Charlotte being able to replicate game skills in real life.

In comics Assassin’s Creed has so far been a variable proposition, but this is the sort of material fans want to see. It’s exciting, suspenseful and well drawn, and it continues in Setting Sun. 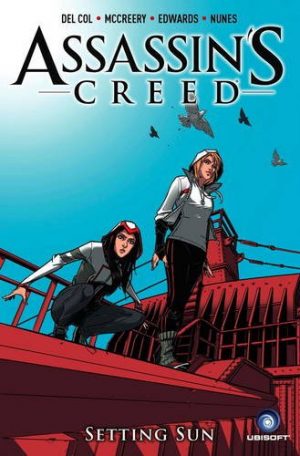 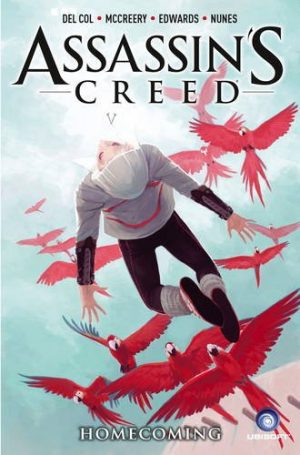 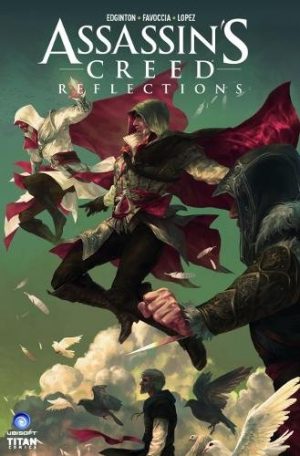