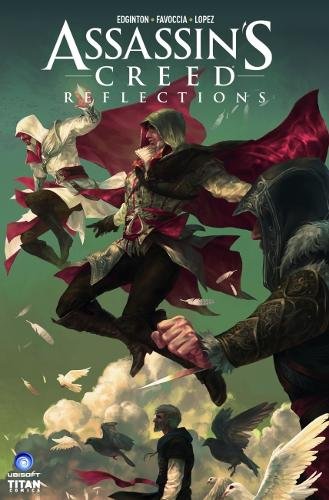 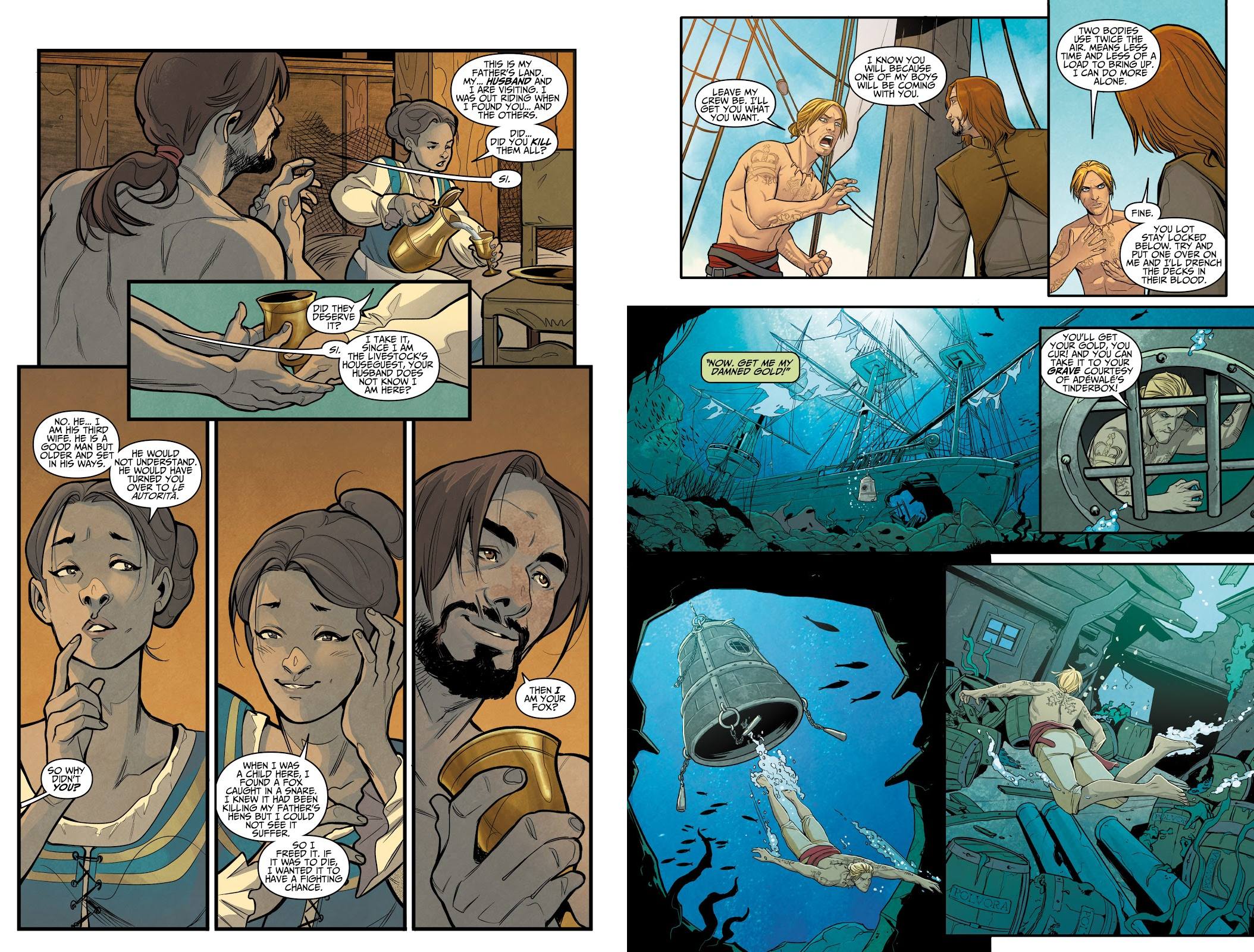 Juhani Otso Berg was introduced as a senior member of the Templars in Assassin’s Creed: Rogue, a former special ops agent whose belief is that to know your enemy you must become your enemy, so he researches deeply. He’s the Black Cross within the Templars rooting out corruption and betrayal, and Ian Edginton uses him as the link between four separate stories looking back into the past as he attempts to learn from highly acclaimed Assassins.

On other projects Edginton has frequently used historical settings as springboards, so he’s a good choice in that respect, and each of the stories also plays to the tactician that Berg is, showing that the obvious route isn’t always the best, or that patience is a virtue. Edginton offers a wide spread of the past, beginning with Leonardo da Vinci in Renaissance Italy, and following with a look at Genghis Khan in 13th century China, 18th century piracy, and post-colonial USA at the turn of the 19th century. While Assassins feature, little else connects the four stories beyond the enjoyment. That’s partly due to the level of detail applied by Edginton and artist Valeria Favoccia being of a higher level than the generic trappings that often accompany historical stories.

Favoccia’s art is cartoon naturalism, and in places the figures are stiffly posed, but otherwise it’s ideally suited to historical adventure. As noted, the clothing and trappings of the past are evoked well, and when the opportunity arises she can deliver lush scenery as well as solid action.

Beyond featuring Berg as the linking device, Reflections is an Assassin’s Creed graphic novel that stands apart from any other game or comics continuity. There’s no need to know that the four assassins spotlighted feature heavily in the game world, which makes Reflections an ideal sample for anyone wanting to see what the graphic novel franchise can offer without diving in deep.