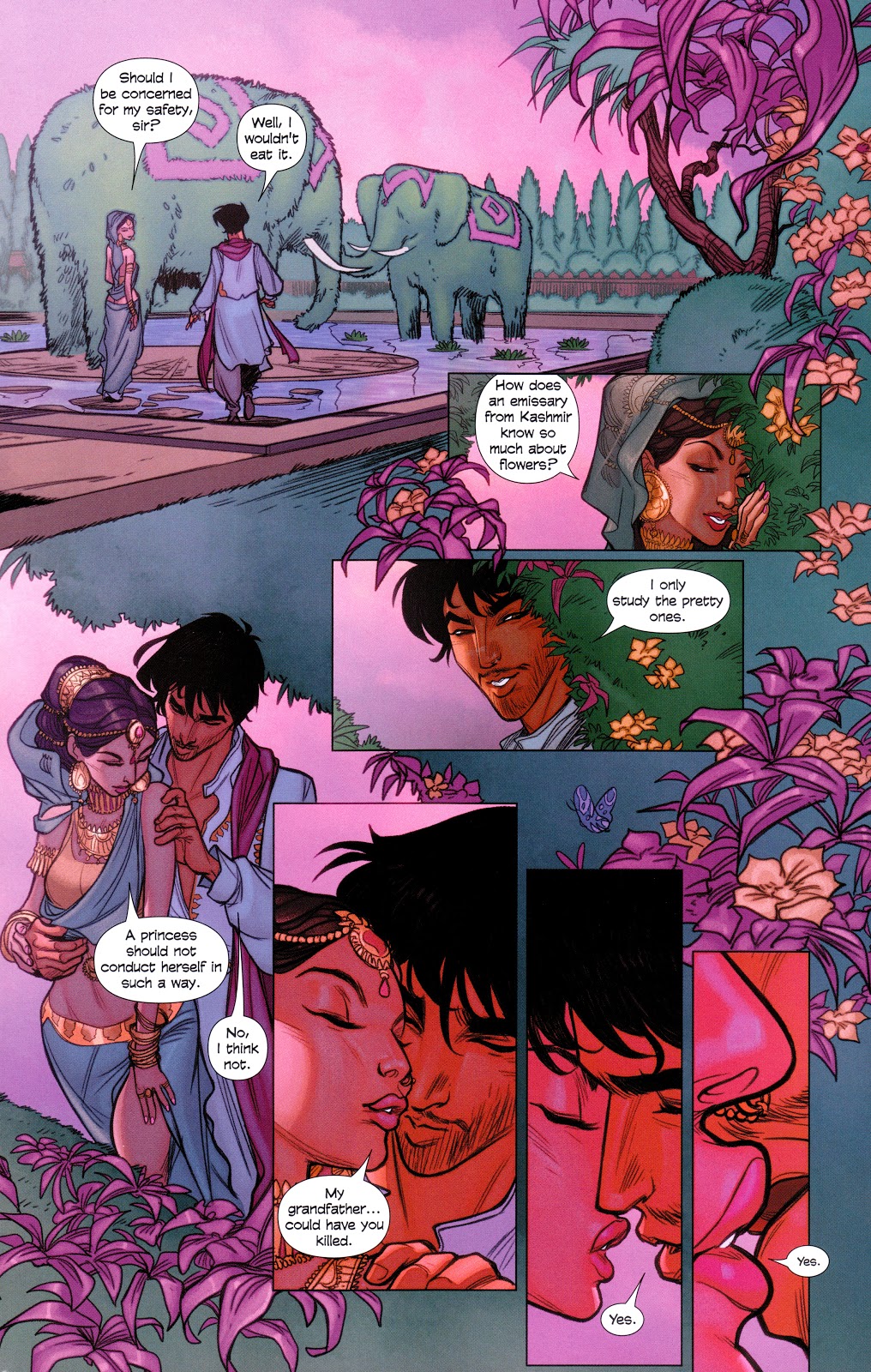 The premise of Assassin’s Creed is that two ancient organisations are each attempting to locate pieces of a device that could help them control the world. We’re rooting for the Assassins. The Knights Templar have machinery through which people can relive the lives of their ancestors, so possibly revealing where parts of the device are hidden. This works via past histories being coded in the genes of some people. It’s a breakthrough, therefore, that a VR program known as Brahman could simplify this process.

Brahman’s designer is an Indian named Jot, who’s fascinated by the experiences he opens up, where he’s an adventurer in 1839 tasked with stealing something from the Maharaja. Sampling his work one night, his fiancée Monima is even more fascinated to be living the life of a princess with an exotic suitor. It contrasts significantly with an actual life where she’s a film star, but also forever waiting for Jot to return home after working late. The Raj period enables co-writers Brenden Fletcher and Karl Kerschl to set up a succession of decorative locations and costumes for co-artists Cameron Stewart and Kerschl, who’ve already combined very ornately on two previous Assassin’s Creed graphic novels. There’s a vibrancy and richness to the art, which has moved nearer cartooning, as Stewart and Kerschl channel the colour and adventurous mood of Disney’s Aladdin animation. A sense of the magical also pervades to supply a very different Assassin’s Creed graphic novel than those published before.

Fletcher and Kershcl include scenes that definitively prevent a young adult categorisation, and their subtle contrasting of relationships also works against this. The action gradually switches from the past to the present as Jot discovers who he’s been working for and how that endangers him, while serving to introduce new Assassin Arbaaz Mir before he appeared in the game. It’s an unexpectedly tragic adventure, although from a certain point near the end the final few pages might be predictable. Otherwise, fun and thrills are the order of the day.