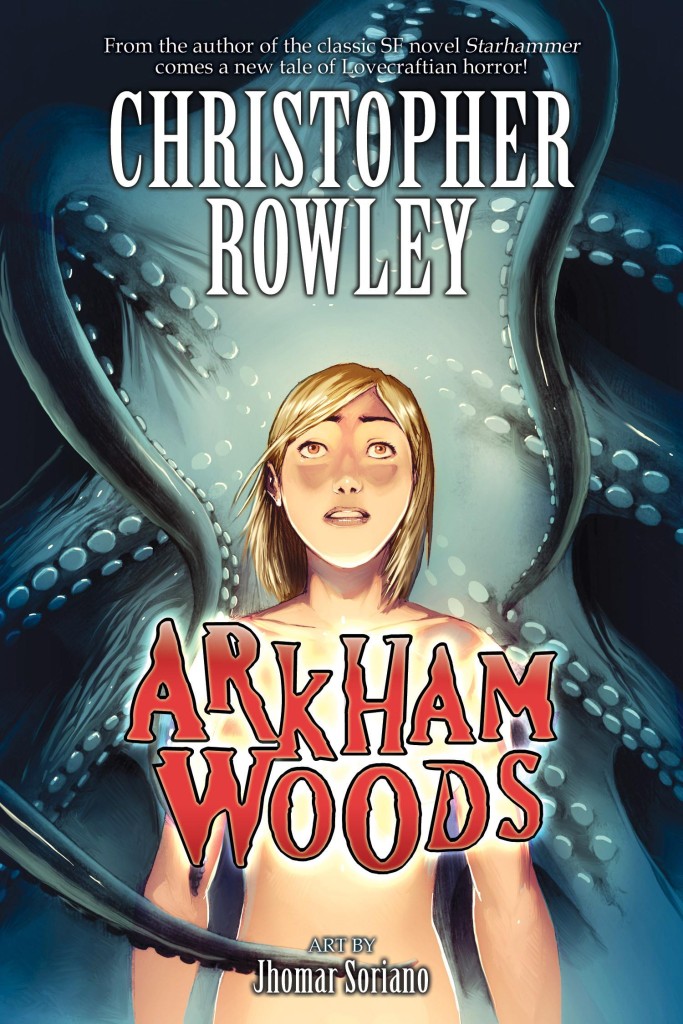 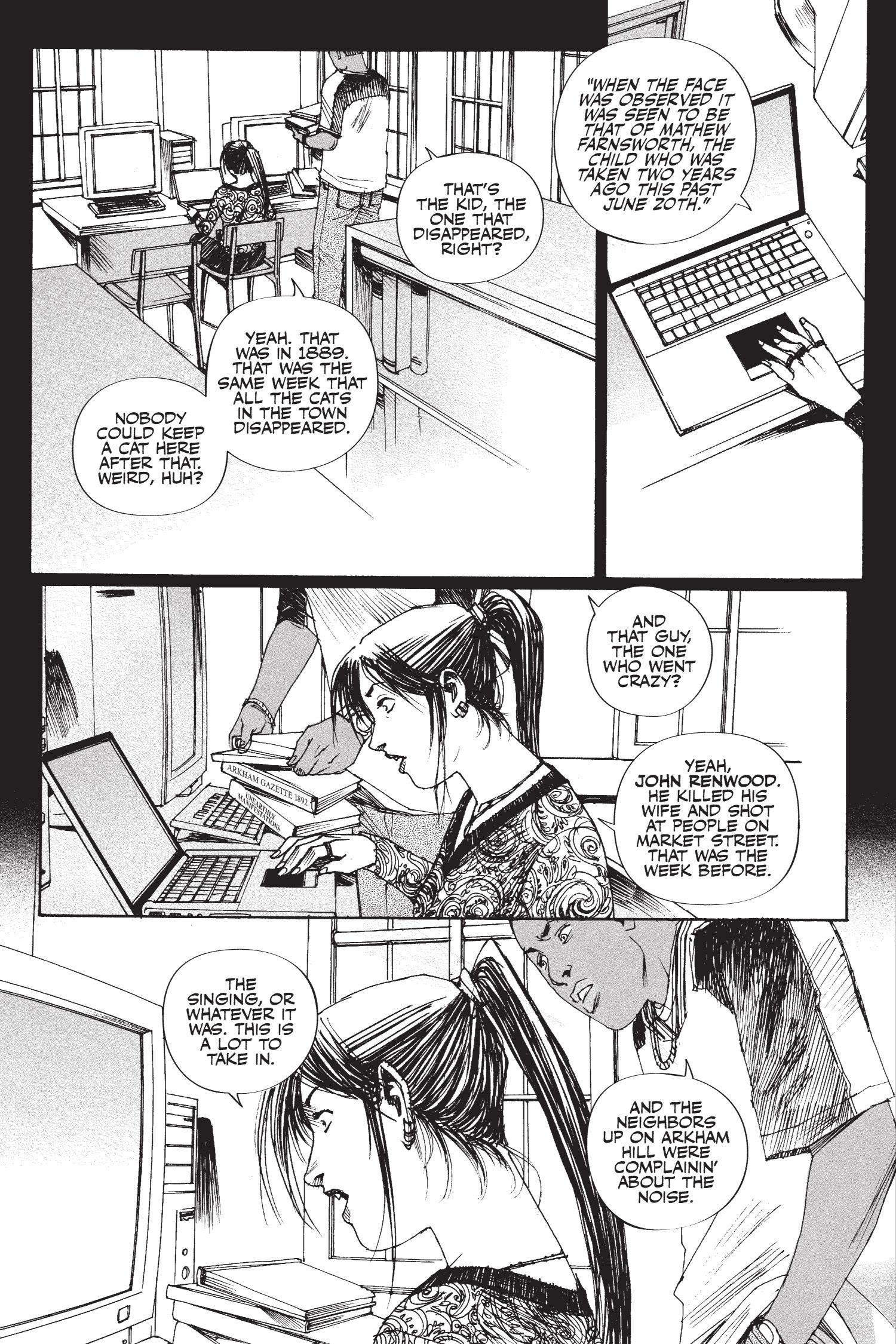 Arkham Woods slots into the Seven Seas ethos of producing original material by Western creators in manga form, with which it shares a decompressed attitude to storytelling.

Teenage Kirsti is transplanted from California to New England when her mother needs to sell a house she’s inherited from her Uncle Silas. It’s a spooky place with a dark history, and the more Kirsti and her boyfriend Tommy explore, the more they discover. A box of keys leads to assorted locked attic trunks, then to a concealed doorway within which lies a gruesome discovery.

Once a group of teenagers are gathered in a house where inexplicable and horrific events have occurred, the expectation might be that the plot will follow the cheap horror movie template, but writer Christopher Rowley is a step ahead. Events from a century previously begin to recur as more information comes to light.

Setting the plot in a place borrowed from the works of H. P. Lovecraft is a significant nod towards the form of fright on offer. Arkham Woods meshes Lovercraftian style squishy horror with more modern tropes, but as it’s comics there’s a far larger visual effects budget and artist Jhomar Soriano delivers. He hails from the Philippines, and has a good handle on both manga and western comic styles. There’s no confusion in following the story whether or not you’re experienced in reading from right to left, and when it comes to the monster of the piece he’s designed a real treat. The bathos of its first appearance is tremendous.

That said, the overall appeal of Arkham Woods is in sustaining tension rather than any originality of plot, although the Lord of the Earth will come as a surprise, irrespective of being mentioned here. He’s rather a plot flaw, actually, because despite the grandiose title, it’s still up to the ordinary humans to save the day.

An unquenchable market exists for cheap budget horror movies, but the equivalent as a graphic novel can’t induce the same frisson of tension, even if read by torchlight in an otherwise dark room.