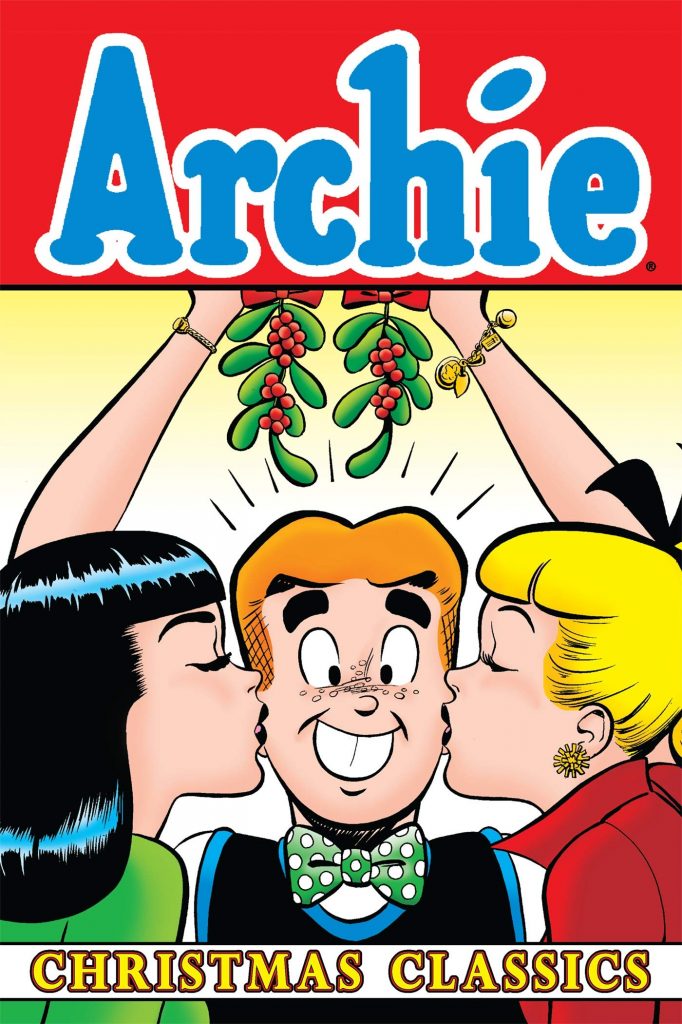 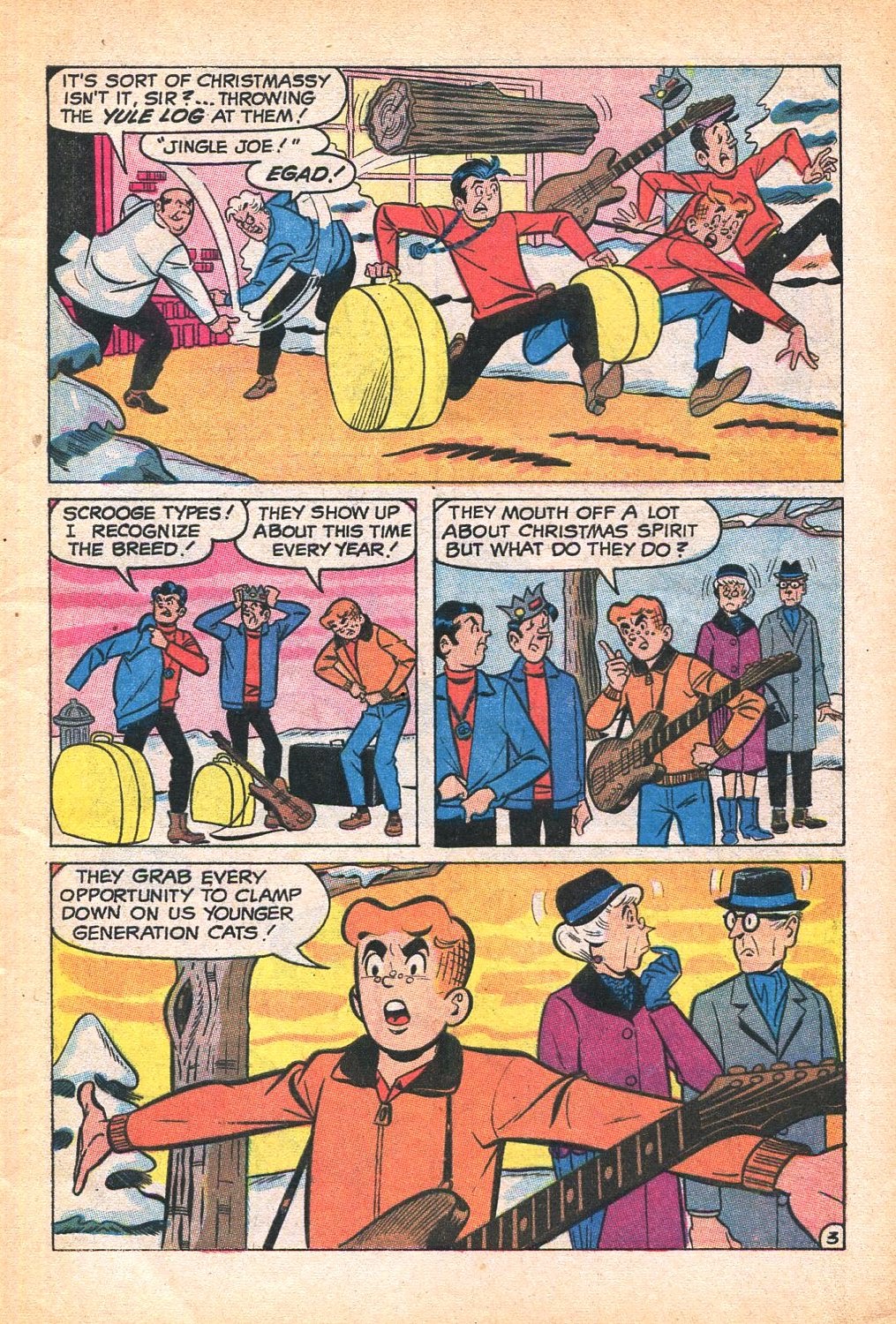 From the earliest days the American institution that is Archie Andrews has owned Christmas through a fabulously funny, nostalgically charming, sentimental barrage of cannily-crafted stories. They capture the spirit of the season through a range of cartoon stars from Archie to Veronica, Betty to Sabrina and Jughead to Santa himself.

This splendid selection starts in 1959 with ‘Slide Guide!’ by the irrepressible team of Frank Doyle and Harry Lucey. It highlights Reggie and Archie’s bid to out-do each other, after which ‘Snow Mistake!’ (Doyle and Bill Vigoda) sees the rivals unite when Veronica dates another boy. Their scheme to set ever-enraged schoolmate Big Moose on the new kid goes agonisingly amiss though.

‘Fire Bugged’ (Doyle and Dan DeCarlo) has Archie’s attempts to prove Christmas trees are a fire hazard, whilst ‘Come Onna My House’ (Doyle and Vigoda) details the minor spat of BFFs Betty and Veronica as they decide who will host Archie on Christmas morning.

‘Not Even a Moose’ (Doyle and Vigoda) leads off topical tales from 1961. Reggie plays foolish pranks on the naïve giant and discovers the danger of telling people there is a Santa, whilst ‘Those Christmas Blues!’ (Bob White) sees Archie’s parents lament that they’ve been sidelined in favour of the girls in their boy’s life.

Archie’s job as guardian of the year’s presents results in a catastrophic mess in ‘Gift Collection’ after which Betty and Veronica experience a comeuppance for calling the boys slobs in ‘Do No Evil’ (Doyle and DeCarlo). Archie and Reggie clash over a present for Veronica in ‘Go for Broke’ (1957) after which ‘Boxed In’ sees the red-headed fool outsmart himself in his quest for the perfect present.

‘R is for Rooked’ (DeCarlo from 1973) sees reluctant go-between Jughead botch a spy mission to find out what Ronnie’s buying Archie whilst ‘Black Book Bonanza’ also by DeCarlo discloses how Moose comes to believe he’s now one of Santa’s official helpers.

Skulduggery and intrigue inform Doyle and White’s ‘A Christmas Tale’ (1965) as Ronnie promises a month of dating exclusivity to whomever chops down the biggest charity Christmas Tree. From 1968 ‘Treed’ (Doyle and Al Hartley) has mystic Xmas elf Jingles help Archie survive Reggie’s latest campaign of Christmas terror, after which Archie and the Gang Make their ‘Christmas Wish’ (Hartley). ‘Wanted: Santa Claus’ (1969) has Mr. Weatherbee in a turmoil thinking the Andrews boy has usurped his annual role as the school Kris Kringle.

In sentimental tearjerker ‘It’s Not the Gift’ Archie saves a young kid from a tragic Christmas before Doyle and Lucey reveal how the Archies appal and offend the older generation with their ‘Ode to Santa’ from 1969. ‘Temptation’ by Doyle and Lucey from 1974 has Jughead arguing that even Reggie can’t resist the good feelings of Christmas, and ‘Shopper Comes a Cropper’ (Gladir and Lucey) finds Archie in a bind after double-booking Christmas shopping with both Betty and Ronnie.

Doyle and DeCarlo examine the bleaker side of the season in ‘The Greatest Gift’ (1975) as the gang befriend a lonely and embittered old shopkeeper, whilst Betty and Ronnie declare war on each other’s trimming and decorating taste in ‘Tree Spree’ (1976). ‘Spirit Sprite’ (1977) sees the Riverdale kids working to get Jughead and Big Ethel together under the mistletoe before Betty and Archie overcome exorbitant prices and circumvent ‘Tree Travail’ with a public display of seasonal cheer whilst Mr. Lodge counters his own financial worries by joining Santa’s ‘Aid Parade’.

These are joyously effective and entertaining tales for young and old alike, epitomising the magic of the Season and celebrating the perfect wonder of timeless all-ages storytelling.