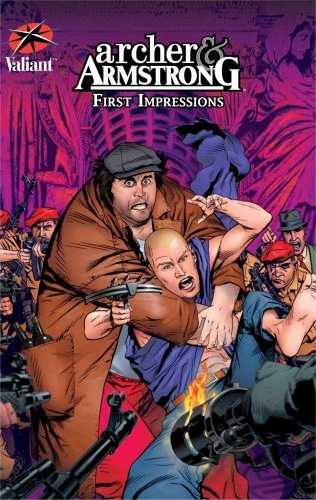 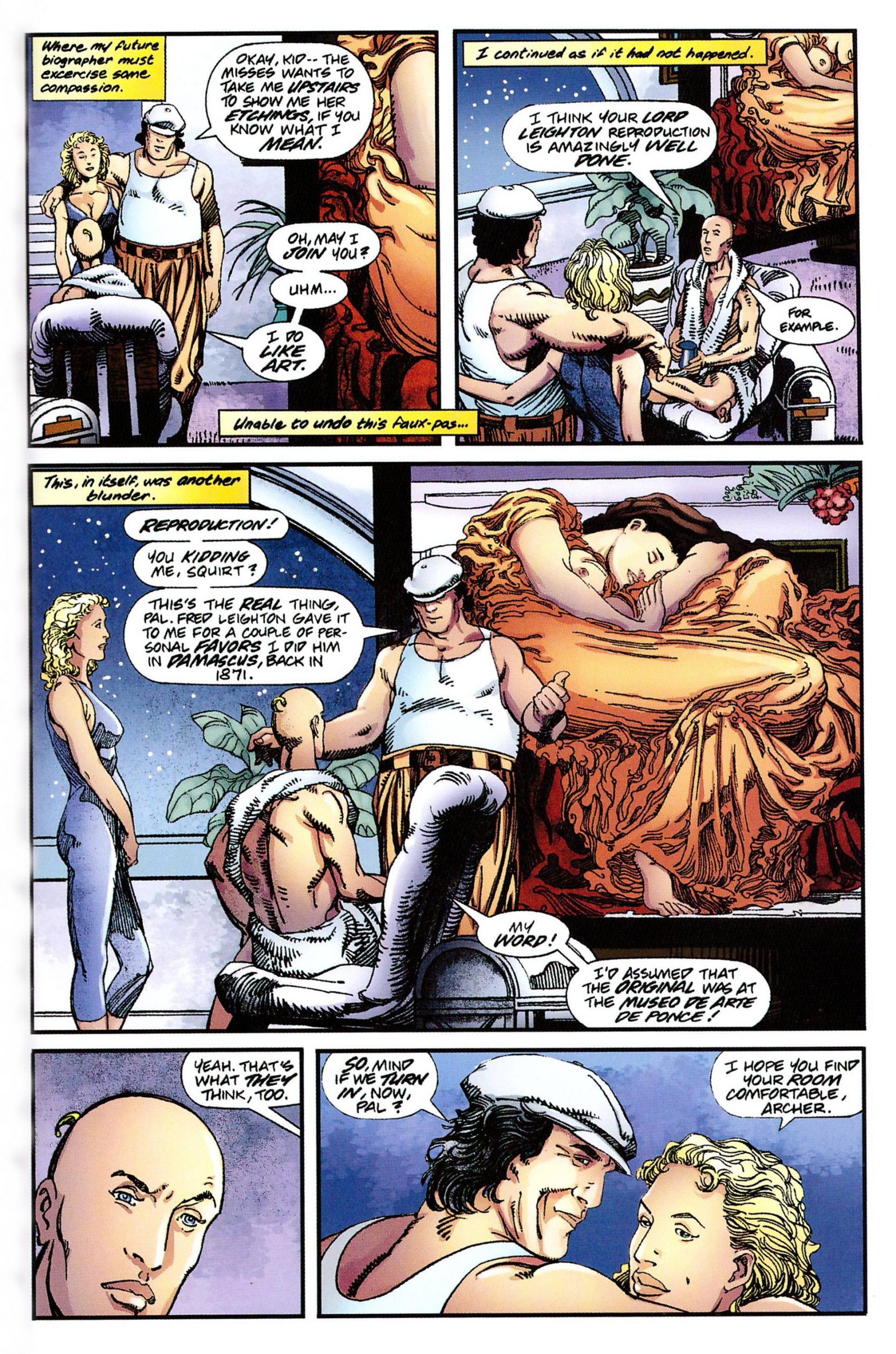 Under Jim Shooter the Valiant comics of the 1990s introduced solid and intriguing characters, but topping the eccentricity list was the pairing of an immortal old reprobate with a naive paragon of virtue, also the world’s greatest martial artist, and with an unerring aim. Archer has just returned to Los Angeles after a decade growing up in a Tibetan monastery when he meets the portly Armstrong panhandling for drink. So a legend is born. Both characters have super powers after a fashion, but the strip concerns itself more with sticky situations and extrication therefrom than standard superheroics.

Bob Layton and Jim Shooter co-plot Archer and Armstrong’s introduction, with Barry Windsor-Smith handling the art. He joins as co-plotter for the second story, and replaces Layton for the third. There’s barely a point for the cast to catch a breath as they jump from one crisis to the next, meeting the Eternal Warrior and Turok, Archer accepting the fantastic as everyday in his uniquely detached manner. While nicely drawn, only the first of these three storird really hits the spot, the next two having some nice jokes, but too closely tied into a now long forgotten crossover event.

It’s the pair of two chapter stories completely written and drawn by Windsor-Smith that have the magic. The Sect know Armstrong is immortal, consider him the devil, and have him marked for death. Theirs is an obsession passed down generations, they have a global membership infesting every city, and they’re extremely dedicated. Until Archer & Armstrong, the occasional sly joke aside, comedy was never on Windsor-Smith’s radar, yet there’s an unbridled joy to his writing and art, suggesting his inner comedian had been repressed for decades and was finally released. He sets a chase scene in the Vatican’s Sistine Chapel, incorporates ridiculous disguises, and reduces a goddess to housekeeper, yet this is still recognisably Windsor-Smith art, if pared down a little to meet the original monthly publication deadlines. Just check the miniature versions of Michelangelo’s paintings, or the Lord Leighton reproduction on the sample page. You wouldn’t get that from Rob Liefeld. An occasional lapse when it comes to supposedly attractive women is negligible in comparison.

The contrast between the coarseness of Armstrong, unrefined except when it comes to wine, and Archer’s polite acceptance, yet inner strength, could be said to reflect the two extremes of the British character, and Windsor-Smith plays with both for successful farcical knockabout. He produced several further Archer and Armstrong stories, in which the matter of the kid with Armstrong’s bag is resolved, but they’re only available in book form as part of the Complete Classic Omnibus. It also includes this material, plus considerably more by other creators.

Among that is a piece commissioned for this collection in which Jim Shooter and Sal Velluto provide the Sect’s origin in nine pages. Velluto’s good, but no Windsor-Smith. Shooter’s script is funny, and actually reproduced along with a never used tenth page tying into earlier material. To round everything off there’s also an interview with Shooter about the strip’s background. “Eye-opening” doesn’t begin to cover it, and it suggests the credits as published may not have been entirely accurate. That’s for someone else to unpick. Enjoy the stories. They’ve dated well, and this edition features sharper reproduction than the original comics.