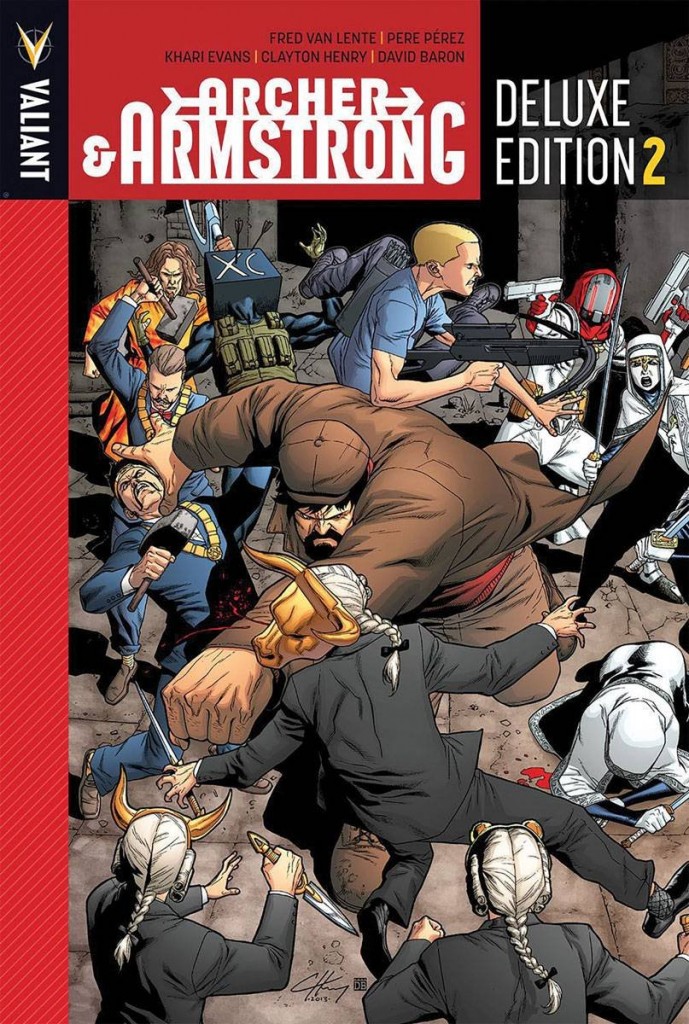 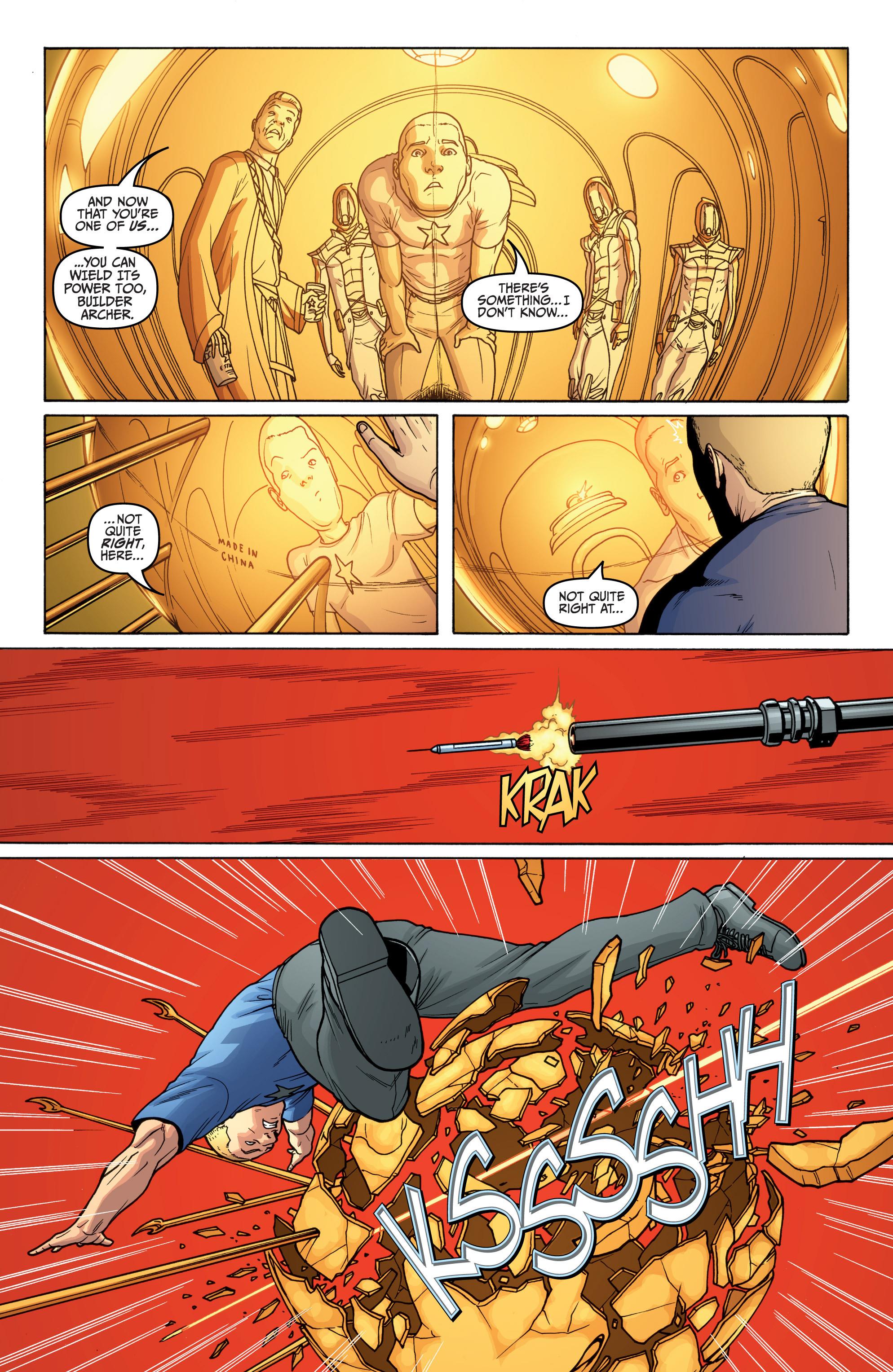 The first Archer & Armstrong Deluxe book was worth having, and that’s a recommendation that applies with reservations to this book.

While not apparent from the start, Fred Van Lente has been telling one continuous story with a beginning, a middle and an end, and the halfway point was reached as the first Deluxe book concluded. What can also be found in the paperbacks Sect Civil War, Mission: Improbable and American Wasteland complete that story.

The schism between Archer and Armstrong was never going to last considering their names are united for the title, and it’s not too far into this book that they’re back together again. The disruption they’ve sown among the previously compatible power-hungry organisations comprising the Sect has resulted in considerable tensions that break out into war. That has a surprising conclusion, and it’s a strength of Ven Lente’s writing over the entire series that he’s adept at wrong-footing readers, yet remaining true to the established characters. This is especially the case as the series draws to a close amid encounters with several dead celebrities. There is a lull in the middle as Archer and Armstrong meet Bloodshot and the H.A.R.D. Corps, which moves their story forward and has its moments, but overall doesn’t match the quality of the solo material. The real joy of the series, however, is the odd couple relationship between Armstrong’s sybaritic personality (“I may or may not have been hammered at the time” could be the series tagline) and Archer’s po-faced self-righteousness.

Pere Pérez (sample page) draws more of the book than anyone else, maintaining clarity, good with defining personality and detailed when he needs to be. Clayton Henry’s art introduced this version of the characters, and is also welcome. In comparison Tom Raney’s work on the Bloodshot chapters is weak, but to balance that Khari Evans puts an inordinate amount of work into backgrounds and scenery.

If Van Lente and artists have been on great form throughout, why isn’t this a book to match the first volume overall? Well, most Valiant Dexluxe editions unite three of their paperback volumes, but this is a larger than usual package encompassing four. There are two ways to look at this. To view The One Percent and Other Tales as a bonus material, and so distanced from the remainder, or to acknowledge the package would have been of a higher quality overall as the standard three volumes. This is because the material in the back of the book is written by creators other than Fred Van Lente, and markedly different in both tone and quality. John Layman manages the mix of quirky humour and offbeat adventure, and so does Justin Jordan, but between them they only account for a dozen pages. Karl Bollers supplies a good adventure with little humour, but much of the remaining material lacks a sympathetic pull.