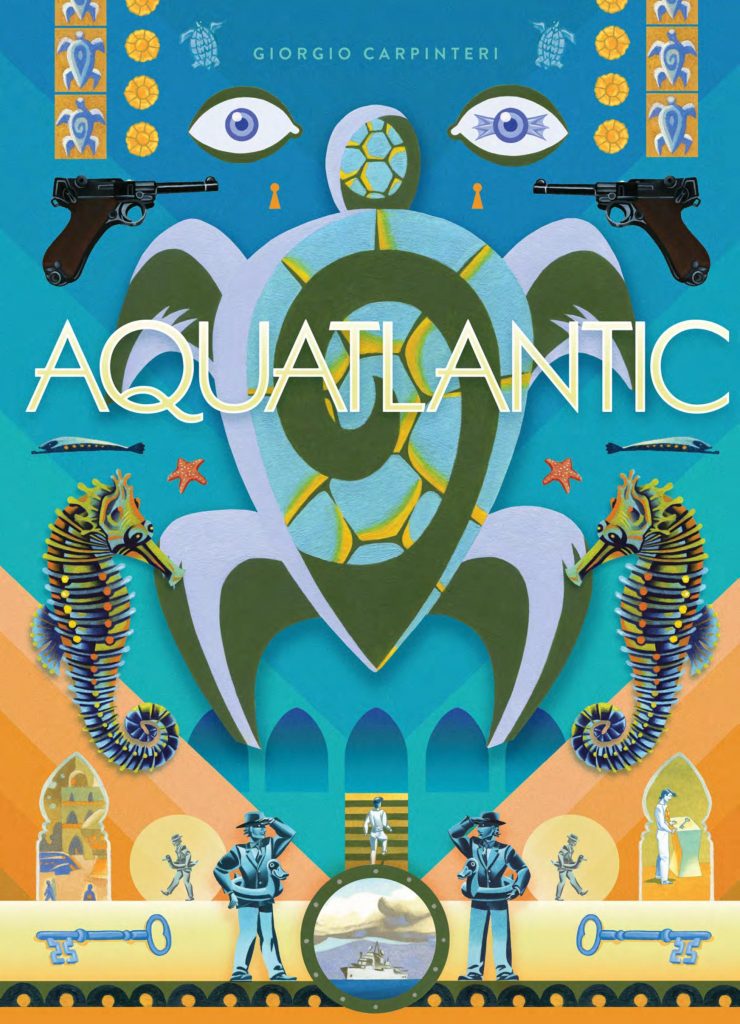 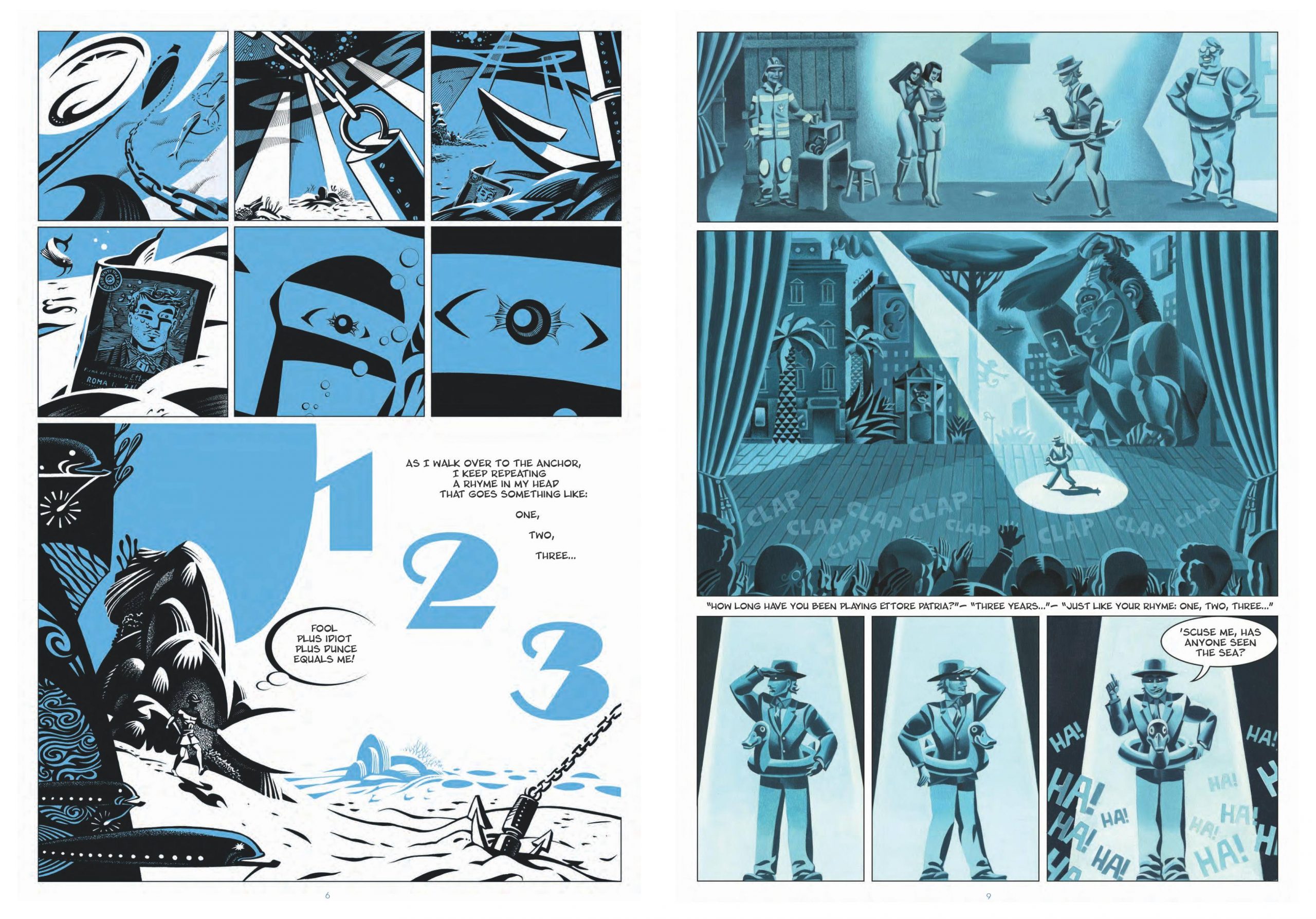 Atlantis still exists. The legend is that this continent housed an advanced civilisation before sinking beneath the sea, but since then they’ve progressed separately from humanity on the surface and unknown to them, to the point where air breathing humans are figures of ridicule. Their self-destructive and ignorant behaviour is the subject of an enormously successful one-man parody by an Atlantean performer named Bho, but he’s increasingly finding it difficult to separate the character he inhabits from his own personality. On the eve of his final performance he’s succumbing to violent impulses.

Aquatlantic is a puzzling experience. Read through once and the feeling is that something has been missed because it’s so trivial and so heavy-handed, but a second reading reveals only more fine details of Giorgio Carpinteri’s art. It’s Carpenteri’s plea for common sense, and he’s certainly not wrong about some of our collective obsessions being worthless, and others being a headlong rush blindfolded toward the edge of a cliff. Perhaps the feeling is that addressing these concerns from the perspective of an enlightened civilisation living in harmony with their surroundings supplies some extra weight to real life concerns, but the end result is facile.

What distracts from the hollow nature of Aquatlantic is breathtaking art, which would elevate any project. For art fans it may be enough to render the story irrelevant. Carpinteri’s imagination flies in the drawing in a way it entirely avoids in the writing. He combines an imaginative sense for design with thoughtful application of colour, primarily shades of blue and orange, to present a convincing undersea society, the people not that different from ourselves, yet with rituals we might find odd. Carpinteri is also skilled enough to work in different styles, two of them combined for the sample spread.

The experience of reading Aquatlantic is a throwback to that of reading the earliest issues of Heavy Metal in the late 1970s. They presented amazing art that we may have seen in other languages, but in English the frequent discovery was there was little to understand beyond that amazing art. This looks great, but what it has to say is too obvious.