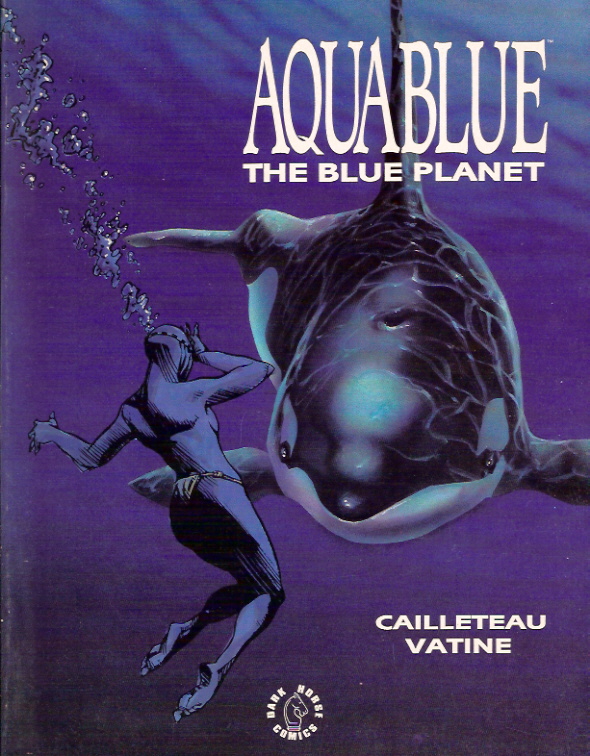 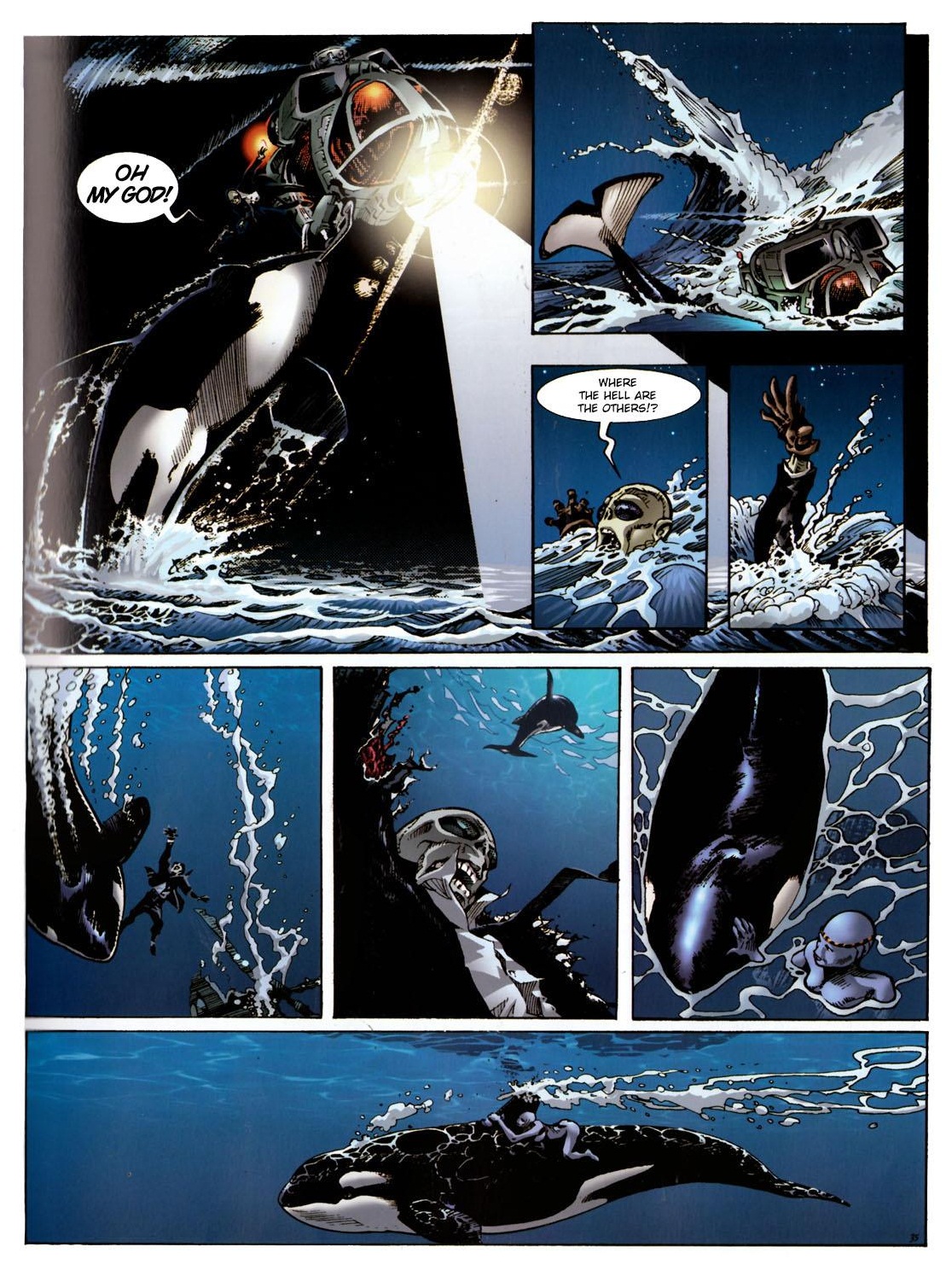 The opening Aquablue volume told the story of Nao, a human boy saved from a collapsing spaceship by his parents sending him off as an infant in a single person craft accompanied by a robot for protection and teaching. They landed on a planet primarily covered in water, with the blue skinned inhabitants living in small communities on the few islands. It was among them that Nao grew up before the planet was visited by other humans. The first of these was Maurice Dupré whose research uncovered Nao as the heir to a fortune now controlled by Ulla Morgenstein, whose presence is actively endangering his adopted planet. The Blue Planet opens with Nao on Earth beginning court proceedings.

Also established in the opening book was that Nao is the chosen one, accorded by Uruk-Uru, a giant sea beast revered by the locals. Nao now has a link with Uruk-Uru, who’s being targeted by those wanting to exploit the planet. Although on urgent business, while he’s millions of miles away on Earth Nao has little opportunity to help his friends directly.

Whereas the relatively joyous opening book came across as intended for the young adult market, both greater adult content (more obvious nudity and sexual suggestion) and complexity of the corporate shenanigans suggest this is taking a step up the age scale. The ecological agenda introduced by Thierry Cailleteau remains in place, with some depressing scenes of how developers deal with indigenous populations, and the distressing effect of their technological interference on the planet itself. Mixed in are a couple of clever twists regarding the arrival of Nao’s girlfriend on Earth.

Progress made by Olivier Vatine as an artist is visible, with less clutter to his pages, while scenes of a space battle display why he’s ideally suited to his later work on the Star Wars franchise. It’s interesting that he avoids facial features as much as possible, to the extent of sometimes shrouding them in shadow if they can’t be avoided. All too often Nao is pictured facing away from the reader, sideways on, or his face obscured by hand or hair.

A rather whimsical ending concludes an episode, with most of the problems Cailleteau has set up remaining in place to be resolved in foreign language editions, as nothing further has been translated into English. As such this isn’t as satisfying as the opening book, nor later volumes. It’s a neither fish nor fowl effort, taking Nao away from his home for the necessity of the plot, but not really applying logic when necessary. Would a person just recognised as heir to a vast fortune that’s been squirreled away and requires retrieving not have some line of credit offered? Aquablue is a good series, but The Blue Planet doesn’t provide the best sample.