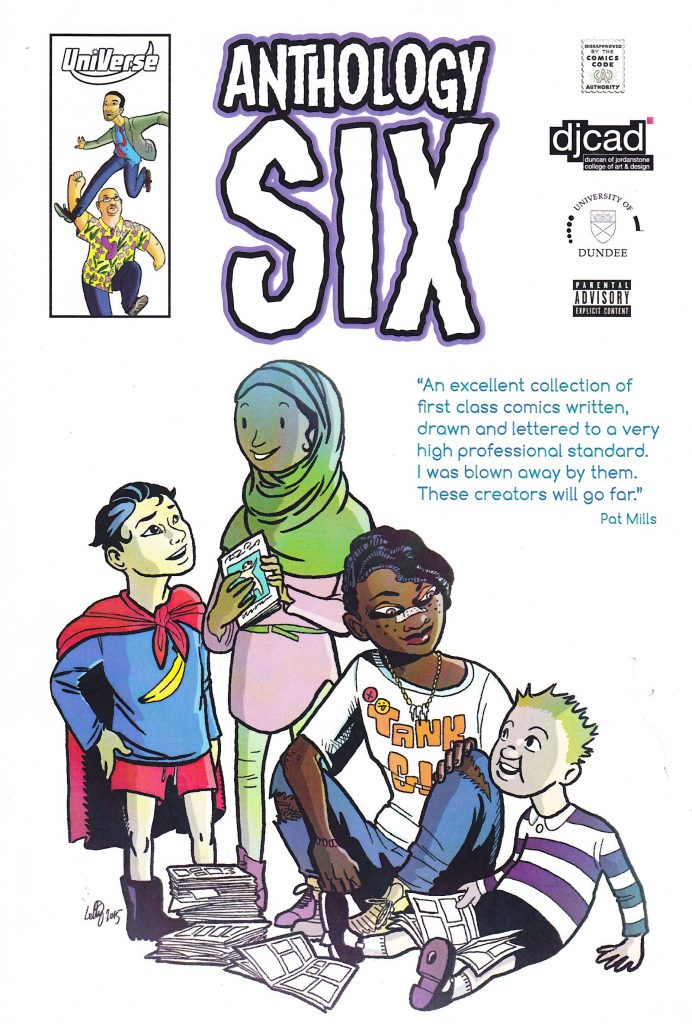 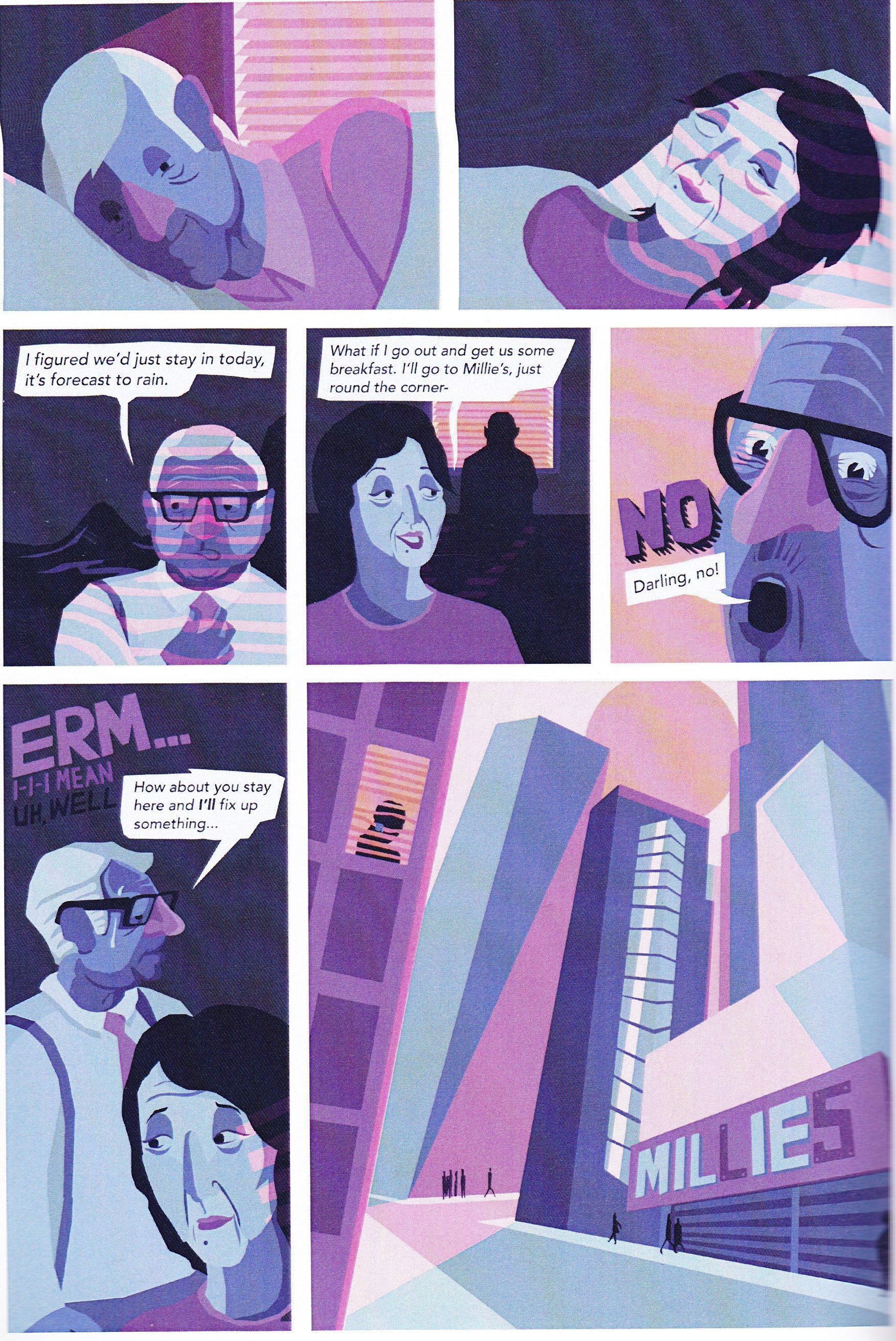 The city of Dundee in Scotland is immensely proud of its comics heritage. It is the birthplace of British comic staples The Beano and The Dandy, so technically Dennis the Menace and Desperate Dan are Scottish. And forget wearing a kilt or drinking whiskey, you can’t claim to be Scottish or possess an iota of Scottish heritage if you have never read Oor Wullie or The Broons. Dundee also boasts the only University where a Masters Degree in Comics and Graphic Novels is attainable. The Duncan of Jordanstone College of Art and Design attached to the University also has a long history with a reputation for producing quality artists, providing courses in animation and illustration. For the past few years students have had the opportunity to showcase their talents in the school’s Anthology collections published in graphic novel format. Their sixth offering is plainly titled Anthology Six.

There is nothing in Anthology Six is going to shake the foundations of the comic industry but there are a lot of good ideas, and talent on display that may very well blossom in other projects in years to come. A collection of short stories, some do shine more than others either in the writing or artistically, but most encouraging is the high female creator representation.  Every contributor experiments with different genres and formats indicating a number of influences, some subtle and some pushing the envelope.

‘The Great Escaper’ by Ellan Rankin is respectful and tender to its subject matter. Hannah George’s ‘Nineteen Before Twenty’ is the most fluid in terms of narrative and similarly reflective is ‘Otherside’ by Lydia Praamsa. The joint efforts of writer Chris Murray (himself a lecturer) and artist Damon Herd on ‘My Life in Comics’ is wistful reminiscence of childhood, family and simpler times in black and white. ‘Phare’ by Phoebe Jones flirts with ideas of loneliness and redemption while Daniel Rodriguez experiments with bright colours and biblical consequences in ‘Dark Night’. The macabre ‘Date Night’ by Dommy Downs provides a dark twist. ‘Plan B’ by McGinty and Heywood goes for alternative lettering and a frenetic pace. The watercolour textures Erin Miller uses in ‘Squishy Man’ make the abstract story stand out. By comparison the bold art style of Gary Welsh on ‘Wideshot’ compliments Riccardo Serrano Denis’s script.

Kurt Uchman’s ‘Hunting Hoomans’ is a darkly original twist on an old story and ‘Hero Cat’ by Tom Arnesveen has a messy cartoon style that is classically humorous, even managing a decent gag per page. Emotional exploration is a common theme and among those stories is Eilidh Reid’s haunting ‘Copy’. ‘Crimson Dusk’ by Katy Lynch is notable as an original story with a spooky twist. ‘Do You Ever Think About Death?’ is a quirky tale that re-imagines religious deities living among us. Yes, that has been done many times, but Karolina Tomaszewska shows an eye for blockbuster action.

Each contributor has a strength and a weakness but- for what is essentially course work- Anthology Six showcases artistic gumption, individual quirkiness and a surprising amount of originality. It is one thing to dream of working in comics and quite another to chase after your dream. Since the book is not sold for profit, anyone wanting to obtain a copy should contact the University of Dundee.

We wish each and every contributor to the project all the best for the future.