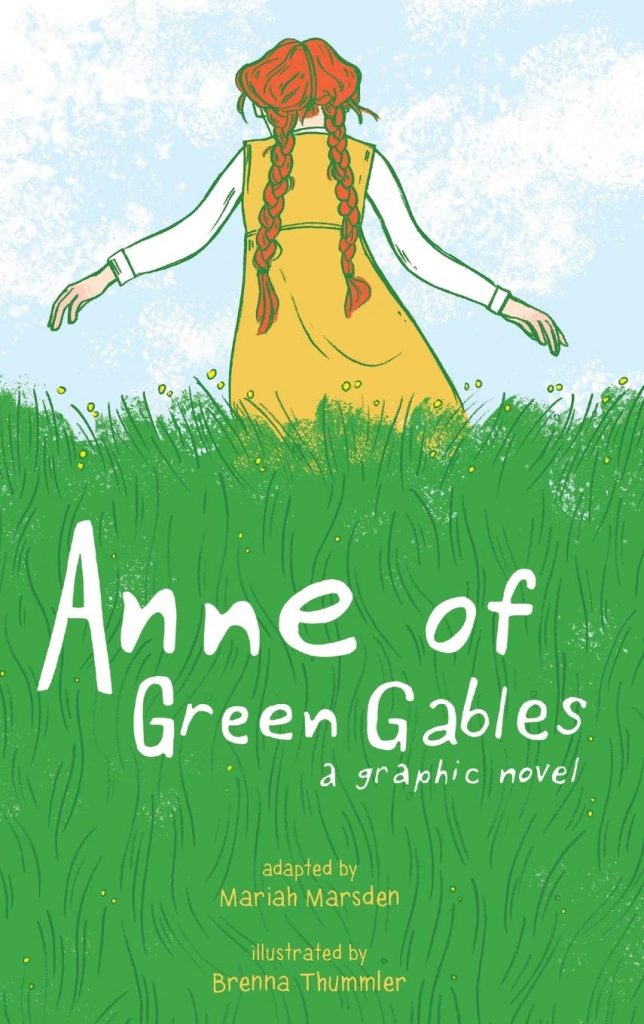 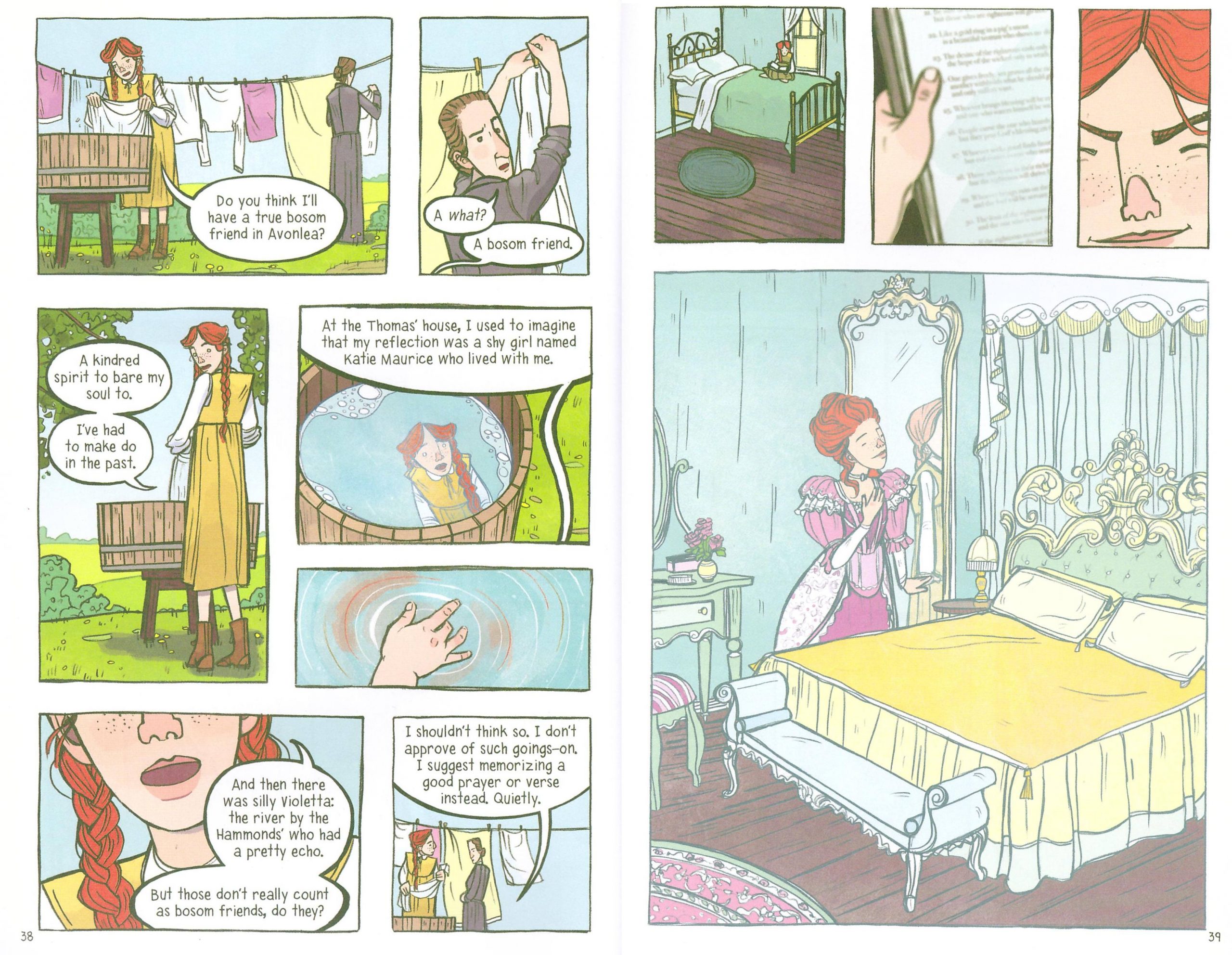 Over the first half of the 20th century Lucy Maud Montgomery, who published as L.M. Montgomery was Canada’s most successful novelist, yet despite a prodigious output it’s only her first novel Anne of Green Gables that remains in the public eye. Published in 1908, the first cinema adaptation was in 1919 and numerous radio, television, animation and film and stage versions have followed.

Montgomery channelled her own rural childhood into Anne’s story of an orphaned twelve year old girl’s adoption by a brother and sister living on a remote farm. Anne is smart, and even more creative, able to weave thought-provoking fantasies, and possesses a pragmatism beyond her years. Any dictionary definition of precocious could direct to Anne. However, Mariah Marsden and Brenna Thummler further bring through that Anne is also immensely likeable and good-hearted. Perhaps Thummler’s gawky portrayal will take some getting used to, especially a cartoon nose that constantly draws the attention, sometimes looking as if it’s been glued on, but she supplies relateable visual drama and gorgeous scenery. A key part of Anne’s story is the wonder of nature surrounding us, and Thummler nails it.

Anne of Green Gables offers charm and laughter, but Montgomery was no seller of saccharine, and the realities of life in the early 20th century intrude, at a low level concerning the expectation that children respect their sometimes wrong-minded elders, but also with tragedy. This is included, but among the editing made for this adaptation is a simplification, reducing the story to the young adult novel it’s always assumed to be, yet in many respects actually isn’t. It certainly makes for a shocking moment, but also reduces the context, particularly as the way Thummler draws siblings Marilla and Matthew Cuthbert makes them seem younger than their given age of late fifties and early sixties as the story progresses. Other cuts are made with respect to a graphic novel being a different form, such as restricting Anne’s meaningful friendship to just Diana, but despite the contraction it still reads as a gripping, if more episodic story without knowledge of the deleted aspects.

Anne of Green Gables has seen a previous graphic novel adaptation, but it’s incomplete, only covering half the original story, which makes this version the standard set. Anyone else is going to have to aim high. A story that’s stood the test of time, delighting several generations, is given a new form by Marsden and Thummler, and ought to continue the delight.

While it’s only her first novel continually in print, Montgomery continued to write sequels about Anne throughout her life, detailing changing circumstances and hardships as Anne grew older. Anyone who enjoys this may want to investigate them.