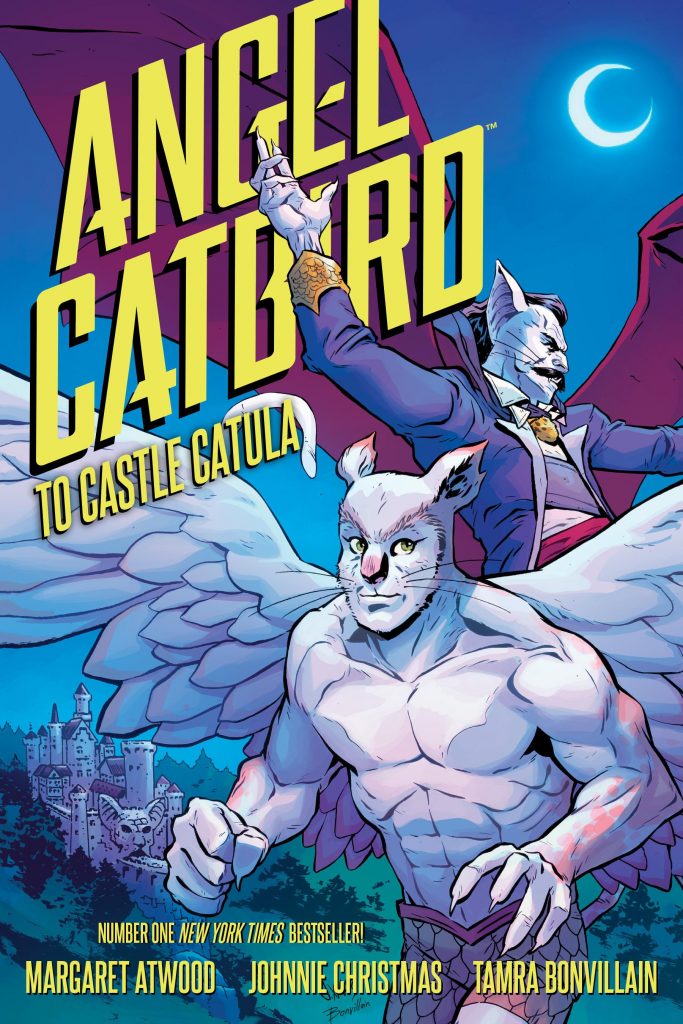 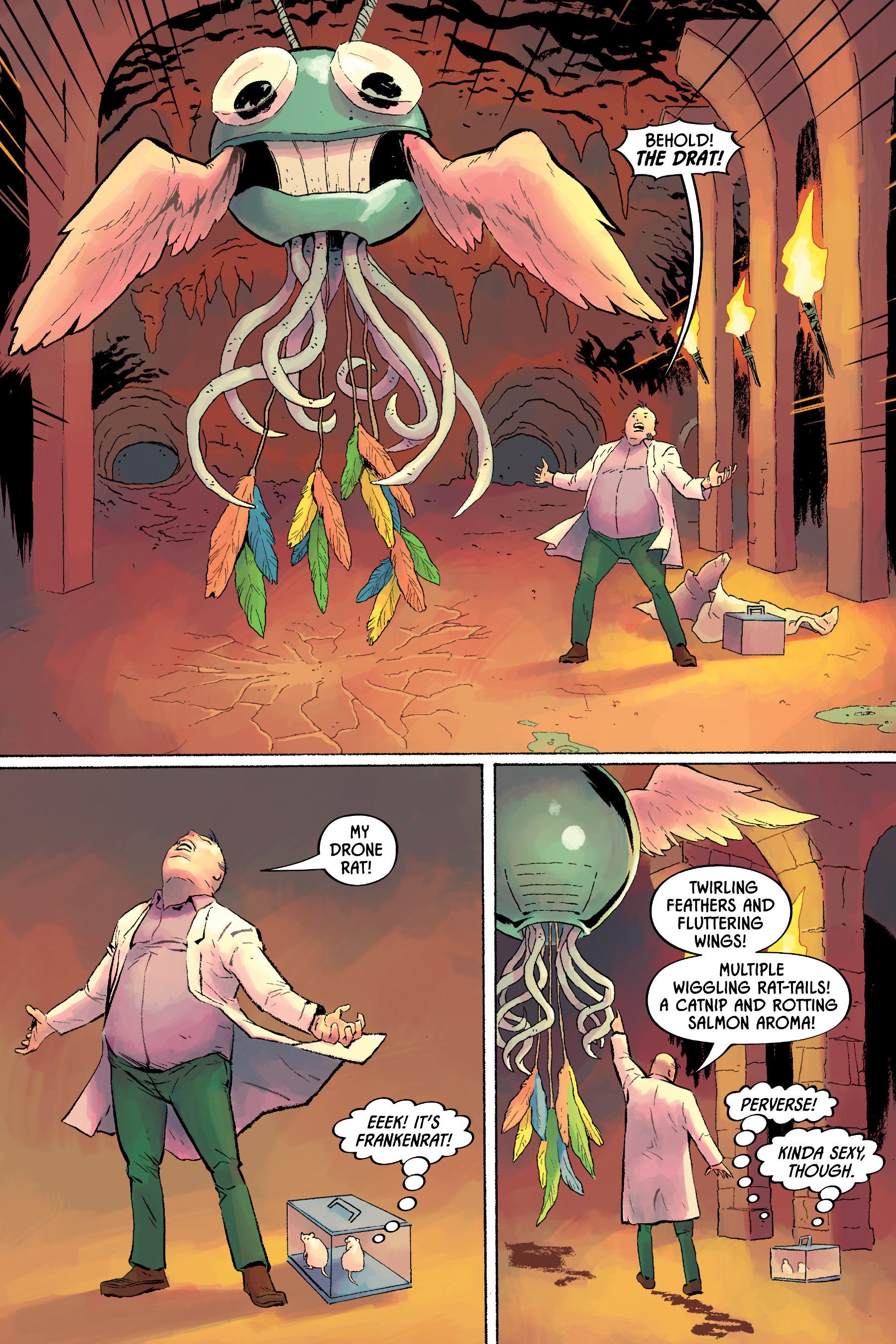 The opening volume of the Angel Catbird trilogy was one strange graphic novel, channelling the simplicity of 1940s comics where readers just had to accept improbability and go with the flow. Due to circumstances explained in a synopsis starting this book, research scientist Strig Feleedus can now transform himself into a cat/bird hybrid, and has discovered plenty of others with such talents. The worst of them are the rat/human hybrids, and one of their number is intent on reshaping the world.

Anyone coming here on the basis of Margaret Atwood’s literary reputation is in for a shock. This is Atwood channelling her ten year old self producing stories to keep herself amused at the remote cabin where she spent summers. She populates Angel Catbird with a whole crew of imaginatively ridiculous characters, like Count Catula, striding through the forest at night complete with cummerbund, sash and cloak; Atheen-Owl, direct descendent of the Goddess of Wisdom, and Professor Muroid explaining the plot to himself as he cackles and gloats.

Atwood concentrates on assorted characters of what’s now an ensemble cast announcing their back stories, peppered with messages about man’s inhumanity to cats. The journey is the thing, however, and Atwood references Canterbury Tales to highlight the inspiration for what she’s doing. Some elements are allegorical, such as Professor Muroid’s weapon of mass destruction, and others plain whimsical, such as the pun-obssessed rats.

In keeping with the story Johnnie Christmas ensures his art reflects the comics of Atwood’s childhood, channelling the simplicity. If you want more serious interpretations of his designs, the back of the book is packed with illustrations of other artists. Christmas moves the story along, leaving space for the insertion of facts about cats with links to further information (www.catsandbirds.ca), and just when you’ve become used to the strangeness he’ll surprise. Some of the rat illustrations conveying their personality wouldn’t be out of place in Mouse Guard.

It’s meant to be funny, but too much of the characterisation lacks any foundation even so. Pointers toward Canterbury Tales notwithstanding, To Castle Catula has the feeling of marking time, although with the strange mix of characters and the quest atmosphere it’s the sort of thing Rick Wakeman would have transformed into a rock opera in the 1970s. The story concludes in The Catbird Roars.