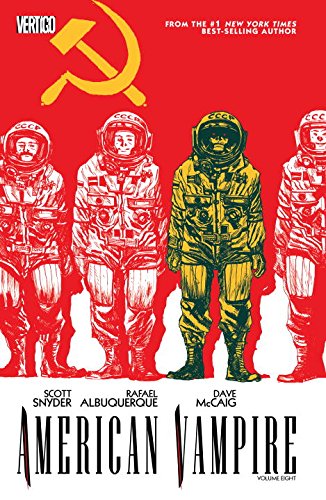 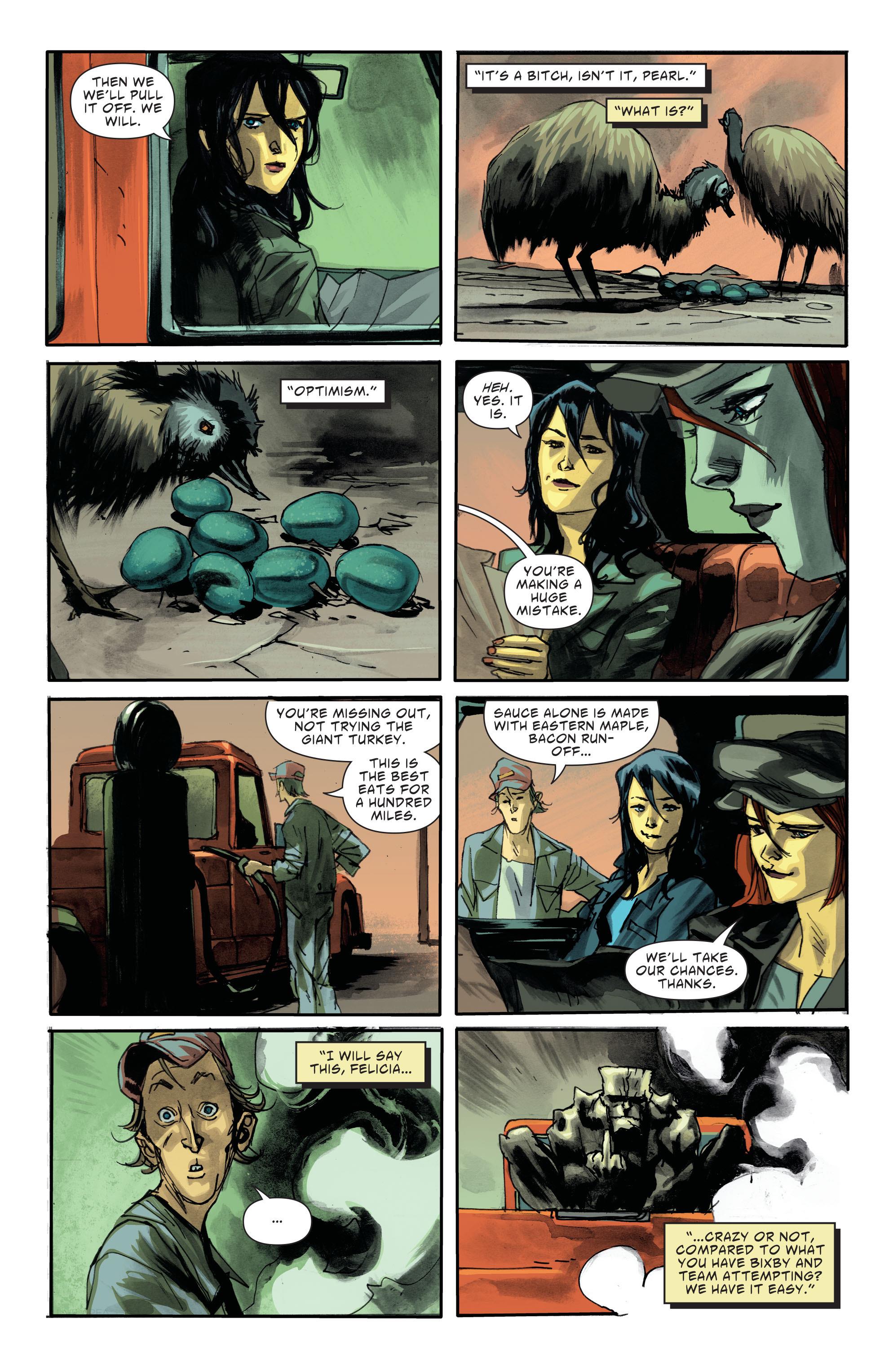 To date American Vampire has introduced not only American vampires, but those of other nations, separate species with separate requirements and abilities. All these vampires, however, must have originated somewhere, and the first of them duly appeared in volume seven, with an agenda of their own, and no allegiance to any later generations.

Since she became a vampire in the series’ opening graphic novel Pearl Jones has tried to stand apart, not to become involved in the bigger picture, to conceal what she’d become, and, latterly, to help others. That isolation is no longer an option, and so she and Skinner Sweet find themselves allied with a funding-depleted Vassals of the Morning Star, or VMS, as the biggest threat of the century manifests.

Scott Snyder’s opening chapter is one monumental info-dump. We learn about the Grey Trader, his true name and purpose, that there’s something even more terrifying behind him, and beyond that the concealed intention of the Soviet space programme and what they really fear. Keep up if you can, but it’s dull, not helped by Rafael Alburquerque’s art, as ever, featuring as few backgrounds as possible. This continual approach leads to a lack of depth to his art, with the focus almost exclusively on figures. He’s brilliant when it comes to vampire savagery, but very ordinary on anything else.

This is 1960s USA, and it’s already been mentioned that both Americans and Soviets have been sending astronauts into space. They’re not best prepared, however, for what returns. That, though may be the least of humanity’s worries as Snyder toys with cold war tensions and the possibility of planetary armageddon. Snyder keeps two plots boiling, using Cape Canaveral and Area 51 as his primary locales, and the mystique attached to both ought to provide considerable plot possibilities, especially in conjunction with the background picture. Instead, there’s a lack of tension, as Snyder’s plot is unusually predictable.

Those who’ve followed the series from the start are thrown a few crumbs updating on characters from previous graphic novels, and the suspense picks up towards the end, when all the cards are up in the air. There are a couple of significant changes by the conclusion, but getting there has been hard work.