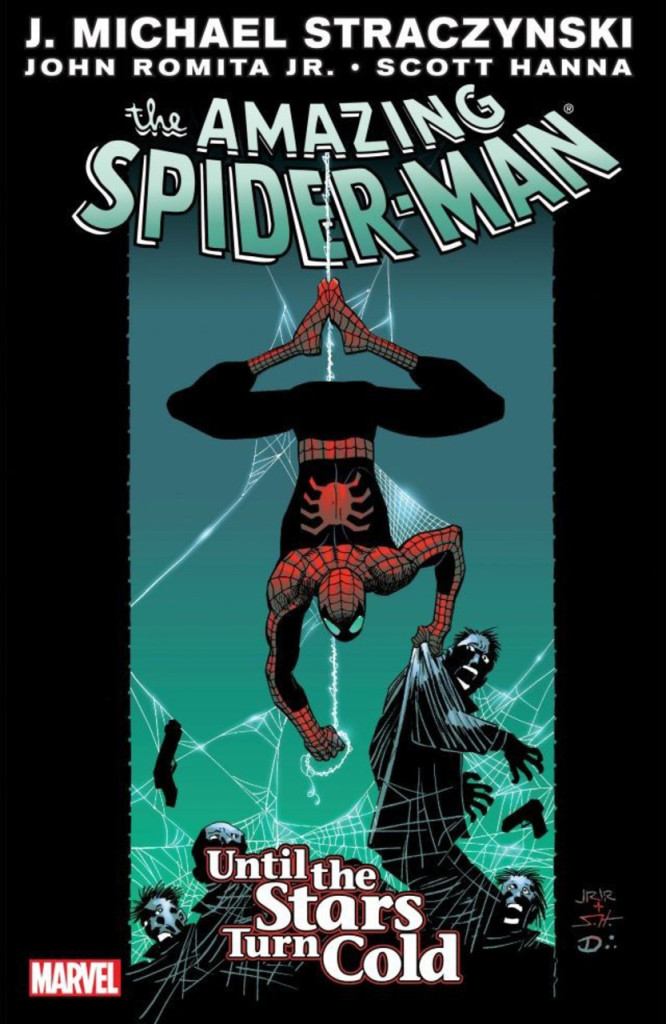 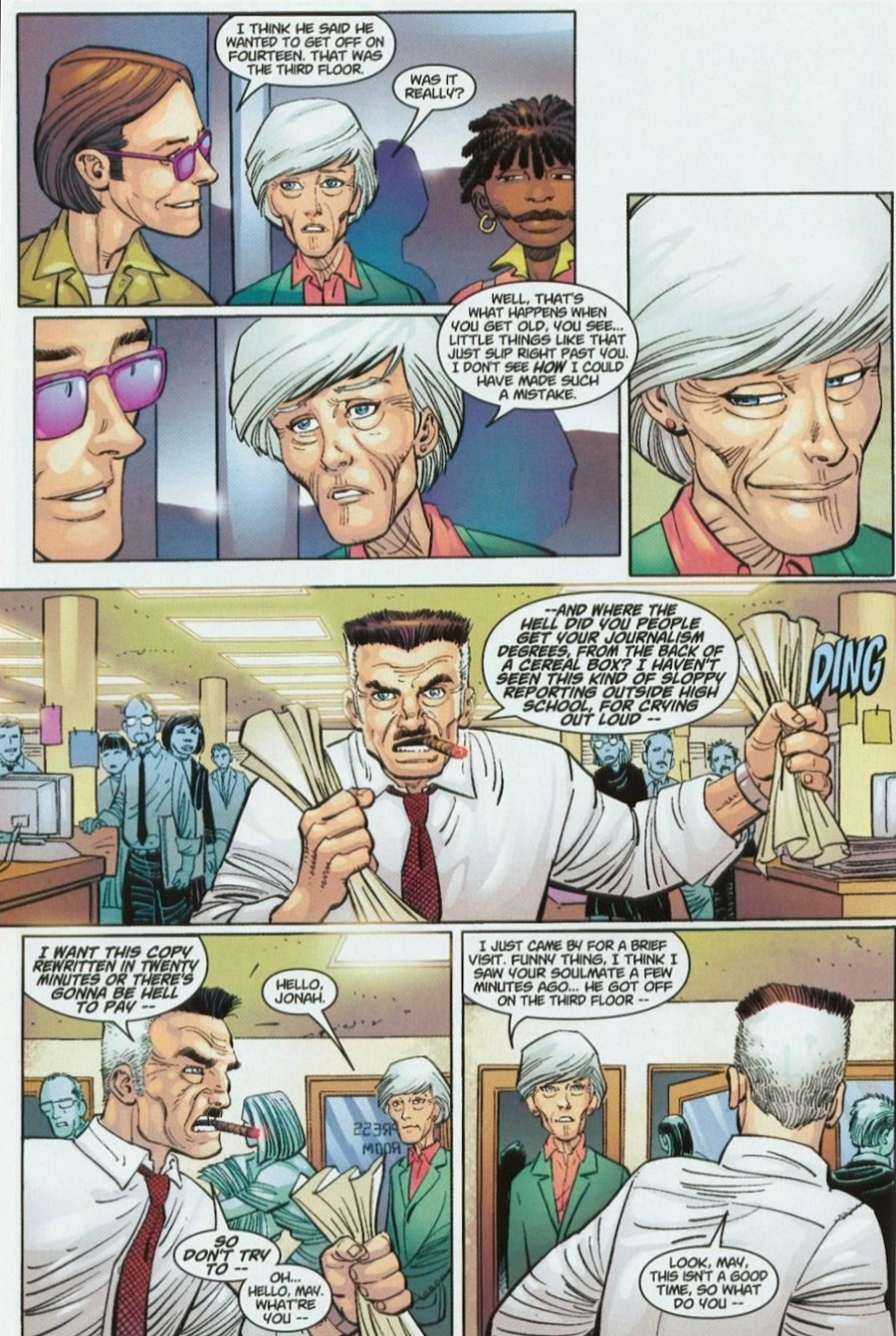 In Revelations Peter Parker and his Aunt May cleared an issue that’s hung between them for decades, and it left May with a new purpose in life. She’s also the contact between Peter and estranged girlfriend Mary-Jane Watson, and efforts to mend that relationship are at the heart of this collection.

Having so far steered clear of Spider-Man’s regular foes, writer J. Michael Straczynski changes tack to tie several chapters in with Mary-Jane’s Hollywood career. It’s a clever script, Straczynski using his own screenwriting experiences to satirise the industry then currently shooting a Spider-Man film featuring Doctor Octopus. Along the way he introduces an upgraded Doctor Octopus, and delivers some stunning character work. As an example, a line from a character intended as an idiot actually solidifies the way Mary-Jane feels and impacts on later attempts to come to some decision about her relationship with Peter Parker. The new Doctor Octopus offers insights into Otto Octavius via contrast, having absolutely no concern for the sanctity of life, and the clash between them and Spider-Man leads to referencing one of the most famous sequences from Steve Ditko’s Spider-Man, The plot provides some amazing action sequences from John Romita Jr.

A point about the lettering deserves mention. Since the earliest days of comics, dialogue had been conveyed in upper case to ensure clarity amid muddy printing processes. The printing had improved enormously since the 1940s, yet the dialogue remained in capitals. From this story much of Straczynski’s run has the dialogue delivered in lower case. It was a temporary change, but noticeable, and supplies a minor level of sophistication.

The Hollywood sequence is required by a nicely written conclusion to the previous story. Revelations saw Peter Parker discover the living circumstances endured by one of his students, and when she asks for help Spider-Man investigates multiple disappearances in the indigent community. It takes him to prison in the company of a sympathetic cop, to Marvel’s magical authority Dr Strange, and eventually to an alien dimension host to immensely powerful beings. It doesn’t quite match the emotional resonance of the other material, but neither is it by any standard disappointing.

These chapters are additionally available elsewhere. In the UK they’re presented with accompanying articles and interviews as part of Hachette’s attractive hardbound Ultimate Graphic Novel Collection, collected along with the preceding volume Revelations, and in that form as a collection from Panini. They’re also part of the oversize hardbound Best of Spider-Man Volume 2 and Amazing Spider-Man by JMS Ultimate Collection volume 1. The Life and Death of Spiders follows.