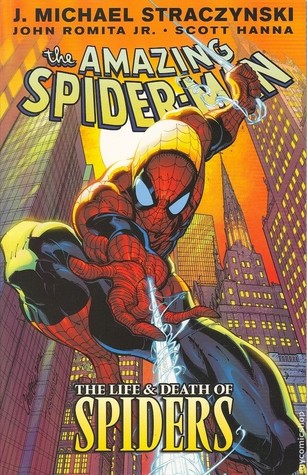 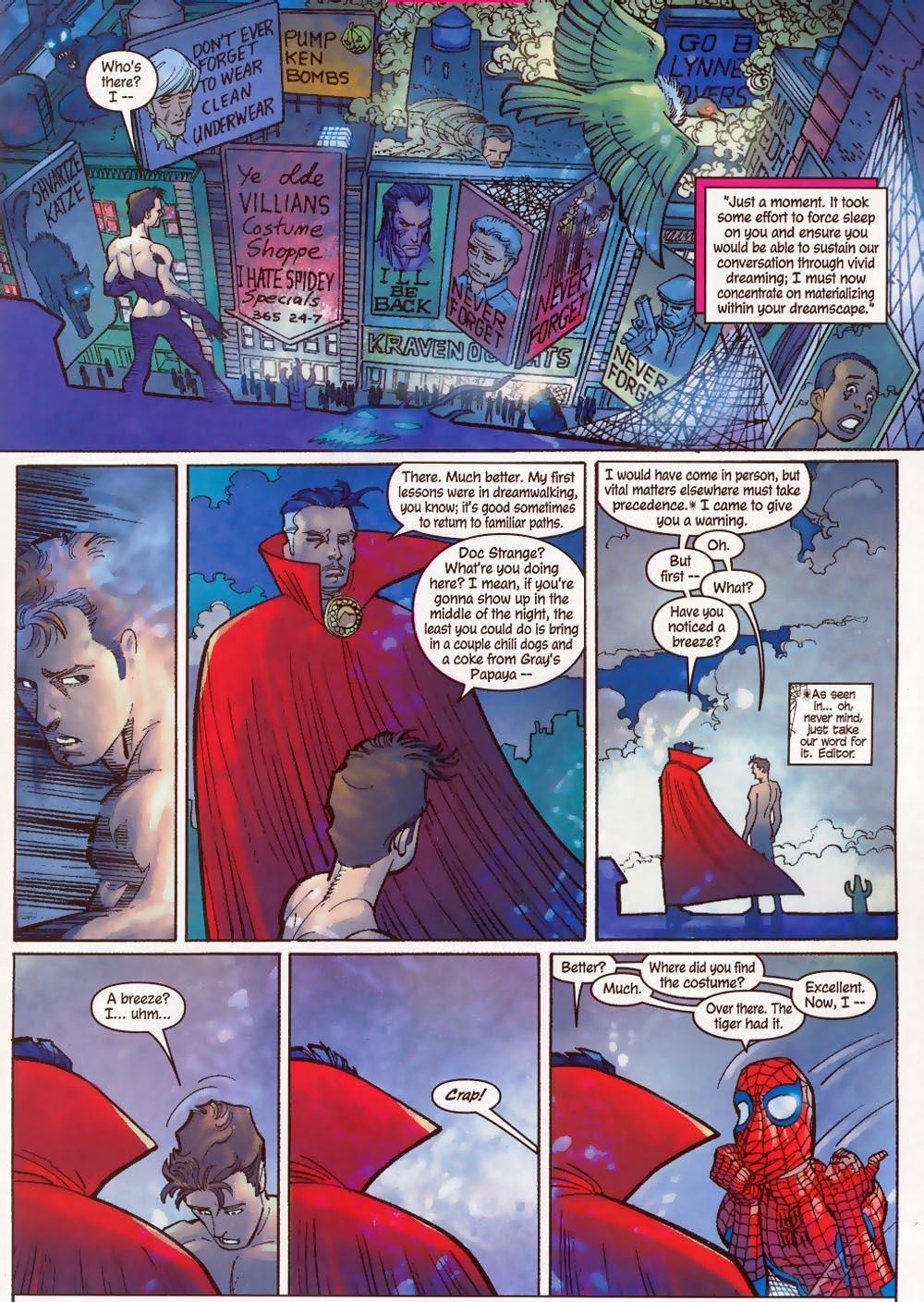 Since creating Spider-Man back in 1961, has Stan Lee ever given any consideration to his character’s origin eventually being tied in to West African legends of the Spider God Anansi, passed down orally through the generations? There had been hints of this during Spider-Man’s first encounter with Ezekiel, and the connection is laid out explicitly here.

Spider-Man’s also being hunted by an other dimensional being intent on consuming him, and impervious to much of his protective repertoire. Shathra is by no means human, but manifests as such to hunt down her prey, and is wily enough to use the resources available on Earth to draw Spider-Man out. It’s not unreasonable to ask why assorted powerful menaces allegedly attracted to Spider-Man’s spider-based identity haven’t turned up before now, but writer J. Michael Straczynski’s one step ahead there. He’d already laid the reason during a conversation with mystic Doctor Strange in the previous volume, Until the Stars Turn Cold. Strange appears again here, his cameo delightfully arranged, as do Captain America and Doctor Doom, also well used.

Much of Straczynski’s run to this point has concerned Peter Parker’s fractured relationship with his wife, delivering some great moments along the way. His take on the idea is a succession of missed opportunities, which might stretch credulity under a lesser writer, but are continually well plotted. His eventual method of drawing them together for a conversation is particularly adept, and the subtle touch of involving Parker’s heightened perception of spiders is an added bonus.

The art team of John Romita Jr and Scott Hanna are excellent as usual, delivering everything required in clear fashion, and ensuring the conversation sequences are varied enough to keep the reader’s attention. The entire content forms part of Amazing Spider-Man by JMS Ultimate Collection volume 2, and is also found in the oversize hardbound Best of Spider-Man Volume 3. Next is Unintended Consequences.