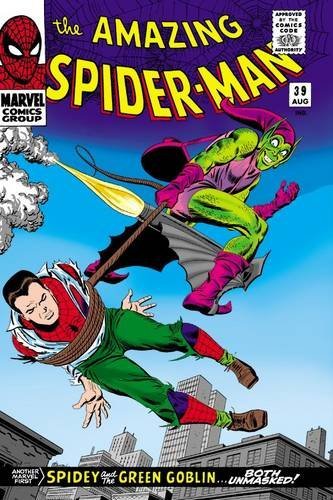 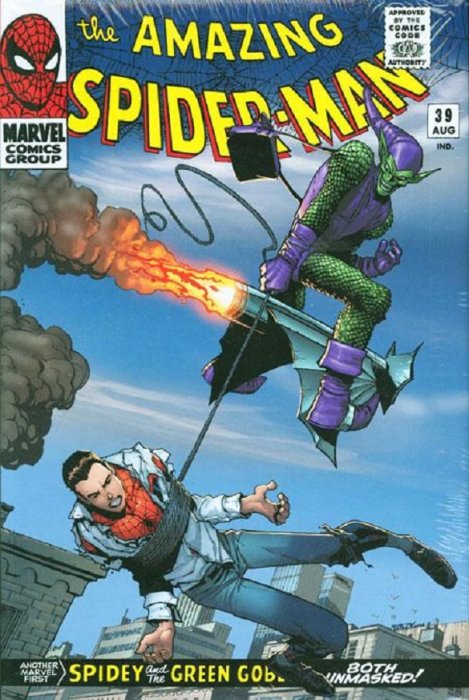 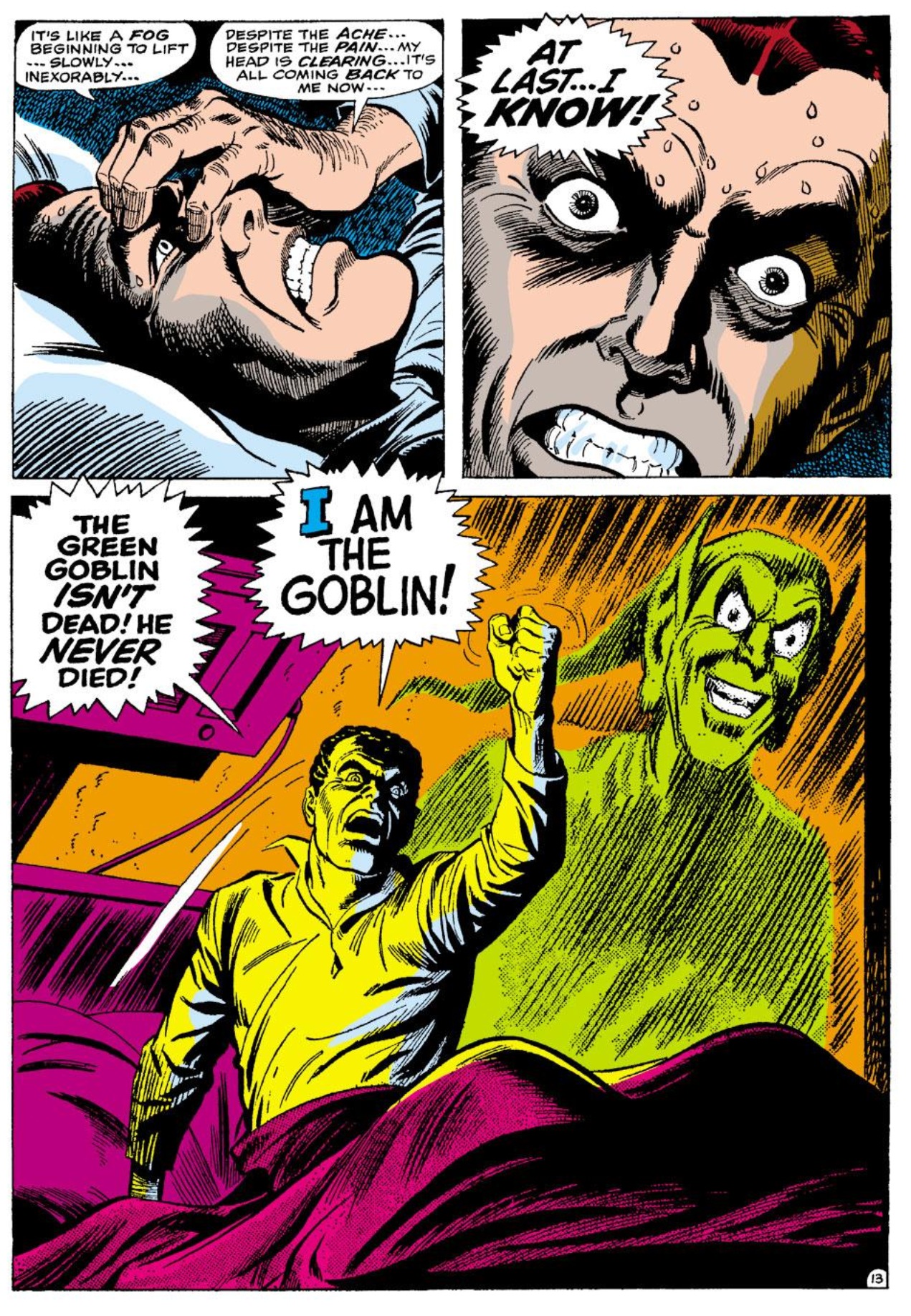 If you thought Superior Spider-Man was controversial, then you should check out the letters bemoaning Steve Ditko’s replacement by John Romita (Sr.) back in the spring of 1966. Thanks to The Amazing Spider-man Omnibus Volume 2, you can. The letter pages were a chance for Stan Lee to rap with the readers; fielding criticism and controversy as well as praise. And there would be plenty of both!

Like a fortuitous roll of the dice in the Milton Bradley game Mystery Date, Romita transformed Peter Parker from dud into dreamboat, demanding the attention of both Gwen Stacy and Mary Jane Watson (“I never thought a tiger who wore his hair so short could be so dreamy!”). This, of course, was a radical shift from Ditko’s nerdy version of the character, and not all of fandom was hip to their trip. For other readers, especially new ones, Romita’s pencils catapulted Spidey to the forefront of the super-hero genre.

The omnibus opens with the, now legendary, ‘How Green Was My Goblin’ with its shocking cover blurb: “Spidey and The Green Goblin…Both Unmasked!” These two issues closed chapter one of the Green Goblin/Spider-man saga, cleanly breaking with the Ditko story lines and allowing Lee and Romita a long intermission in which to make their transition before re-introducing the Goblin in 1968. Ditko’s indelible stamp on the character remains, however, in Romita’s pen work, providing some continuity with the inking style favored by Ditko.

The first thirteen issues in the run are highlighted by the crisp characterization and dialogue between new and old cast members in the Parker circle. Mary Jane’s introduction (“Face it, tiger, you just hit the jackpot!”) is the catalyst for some wickedly catty repartee in subsequent issues between her and Gwen, Gwen and Flash, and Flash and Peter, with poor ol’ Harry, as always, caught in the middle. All this adds sparkle to more lackluster villains like John Jameson, the Shocker and the Rhino. How can you not love the Rhino after Mary Jane quips “Those crazy threads break me up!”?

The jewel of these issues is Gwen Stacy. It’s easy to forget Gwen was once a ball of fire herself, who gave as good as she got from her red-headed rival. Gwen dancing Mary Jane right off the floor is a highlight of the ASM series, let alone the outstanding issue 47 (“I thought you were passing out the ‘burgers, Gwen?” “Don’t fret, pet! I saved a few for you!”). Alas, Gwen’s spark was quickly extinguished after she and Peter started dating, and she soon became the type of weepy female character that dominated Marvel at the time.

Fear not! There’s plenty of web-slinging, and this omnibus features many fine stories: Spidey swings to new heights with the introduction of the Kingpin and the new Vulture. There’s the long awaited return of the Lizard, Doc Ock, The Spider-Slayer, and Mysterio. There are terrific stand alone stories in issues 47, 50, and 65, and the original Vulture’s return 63-64 is a hidden gem. Also included are both issues of the Spectacular Spider-Man magazine. The second acquires an exclamation point with the full-color return of the Green Goblin!

Inconsistencies in the art appear as Romita is assisted by Don Heck, Jim Mooney and Mike Esposito (Mickey Demeo). Yet the fun seldom sags, even on weaker issues, and this initial Lee/Romita foray well deserves its place in both Spider-Man annals, and readers’ hearts.