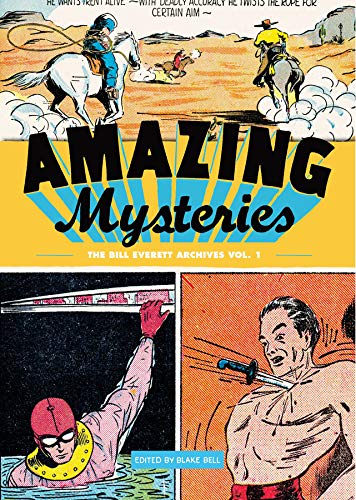 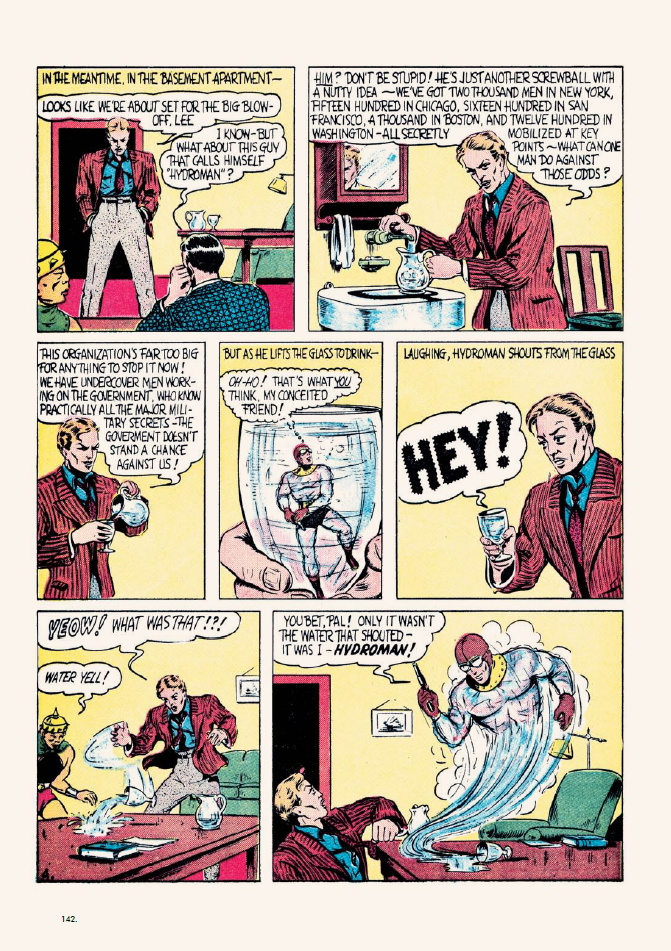 Thanks to modern technology and diligent research by dedicated fans, there is a sublime superabundance of collections featuring the works of too-long ignored founding fathers and lost masters of American comics. A magnificent case in point is this initial chronicle revisiting the incredible gifts and achievements of one of the greatest draughtsmen and yarn-spinners the industry has ever seen: Bill Everett.

The star of this collection was quite possibly the most technically accomplished artist in US comic industry and a combination of Blake Bell’s biography and strips unseen since the late 1930s and early 1940s reveals why. A man of privilege and astonishing pedigree was wracked by illness, an addictive personality (especially alcoholism) and sheer bad luck, but nevertheless shaped an art-form and left twin legacies. There’s an incredible body of superlative stories and art, and, more importantly, the lives saved by his becoming a dedicated mentor for Alcoholics Anonymous in his later years.

William Blake Everett was born in 1917 into a wealthy and prestigious New England family. Bright and precocious, he contracted tuberculosis when he was twelve and was dispatched to arid Arizona to recuperate. This chain of events began a life-long affair with the cowboy lifestyle: a hard-drinking, chain-smoking, tall-tale-telling breed locked in a hard-to-win war against slow self-destruction. Bell’s essay also includes an astounding treasure trove of found images and original art including samples from 1940s Sub-Mariner, 1960s Daredevil and 1970s Black Widow amongst many others.

Everett was fast and slick and knew how a cover caught a punter’s eye, and as mainstream comics in the early years covered more genres than today, Everett multi-tasked. His earliest strips are a quartet of rousing but muddled interstellar exploits starring sci fi troubleshooter Skyrocket Steele.

Rounding out this cavalcade of forgotten wonders are a selection of covers, spot illustrations and yarns which can only be described as Miscellaneous (1938-1942).

Although telling, even revelatory and hinting at a happy ending of sorts, what this book really celebrates is not the life but the astounding versatility of Bill Everett. A gifted, driven man, he was a born storyteller with the unparalleled ability to make all his imaginary worlds hyper-real, and for nearly five decades his incredible art and wondrous stories enthralled and enchanted everybody lucky enough to read them. You should really invite yourself onto that list.