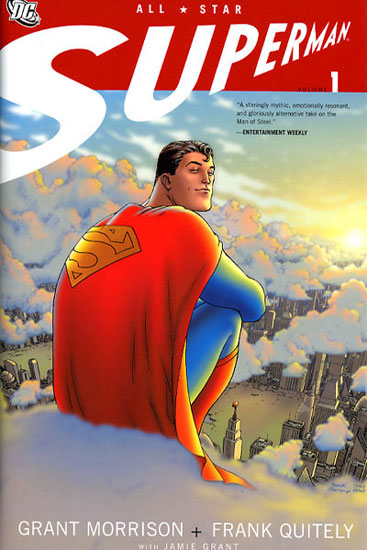 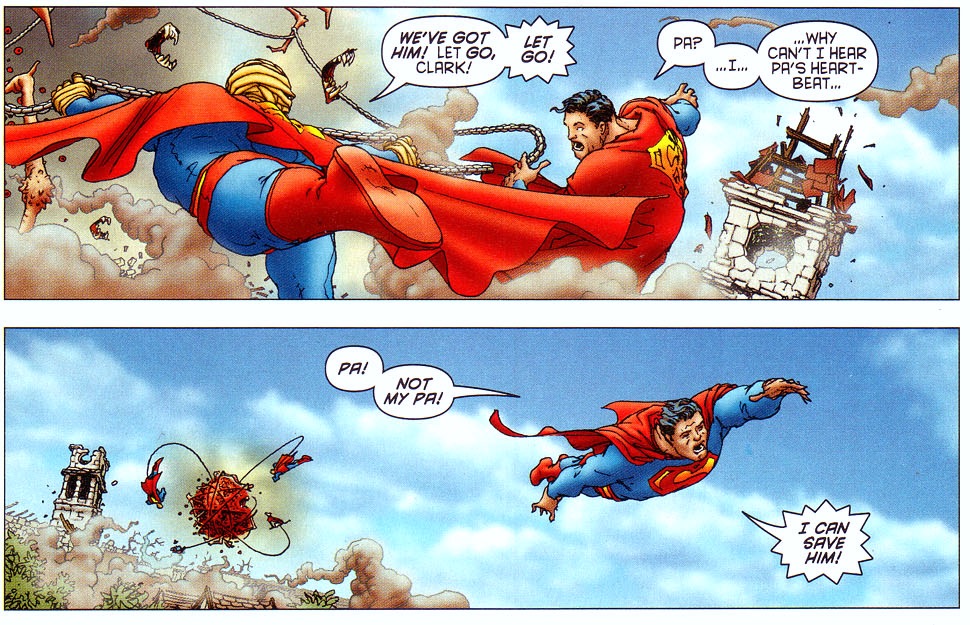 All-Star Superman Volume 1 collects the first half of the twelve-issue series written by Grant Morrison, drawn by Frank Quitely and digitally inked and coloured by Jamie Grant. The DC Comics “All-Star” imprint featured stories showcasing their flagship characters not restricted by DC Universe continuity. This gave creators tremendous freedom to reinterpret those characters, and Morrison and Quitely combined elements from all the previous iterations of Superman into a ‘timeless’ version. The critically-acclaimed result is widely considered to be one of the all-time best Superman stories ever, winning numerous plaudits including three Eisner Awards, two Harvey Awards and three Eagle Awards.

In the first chapter of All Star Superman, exposure to extreme levels of solar radiation triple Superman’s strength and intelligence but this turns out to be a deadly overdose even for him. His overloaded cells will eventually explode and kill him. It’s the culmination of a plot by Lex Luthor that manoeuvres him into spending an extended time near the sun. Superman’s greatest foe has finally found a way to defeat him. In the months that follow, an enhanced Superman hides the fact he is dying from everyone around him while trying to complete a legendary twelve labours, from solving the unsolvable question to creating a new form of life. All Star Superman is a wonderfully lyrical, resonant and enthralling array of science-fictional ideas and concepts, centred around the idea that what Superman represents is ultimate optimism, ultimate belief in humanity and its will to defeat any problem and be the best it can be. This Superman is always thinking twenty steps ahead, calculating, extrapolating and ready to do the impossible every time, because why not? He has more power than any of his opponents but even when he temporarily loses it he defeats them over and over again, through his ingenuity and preparation, rather than with muscle.

Morrison’s ideas power this story and Frank Quitely’s compelling, brilliant drawing sell it. Quitely, who won a Harvey Award as Best Artist for his work here, is a gifted, clever draughtsman more than equal to turning every one of Morrison’s abstract concepts into a hard-hitting, dazzling visual. This book is an absolute triumph of classic superhero imagery. One particularly superb sequence is an entire chapter with Clark Kent stumbling his way through an interview with a narcissistic, self obsessed Luthor who doesn’t notice just how many times Kent’s seemingly uncoordinated flailing saves his life from a number of different threats. Quitely’s remarkable drawings show us a stooped, sweating, shambling lump of a man who couldn’t be further away from Superman even though we know that he is, and Luthor is equally unable to see it. It’s only one of a string of great episodes that include a paranoid Lois Lane trying to kill Superman, and Jimmy Olsen spending billions of dollars in seconds on a visit to the moon, ending with a trip back through time to play with Krypto the dog and defeat a menace to Smallville.

The second half of this story is presented in All-Star Superman Volume 2. The complete saga is now available in a single volume, published in 2009. There is also a deluxe oversized, slipcased hardcover version, Absolute All-Star Superman, which also includes supplementary material such as script excerpts, sketches, covers and commentary from the creative team. 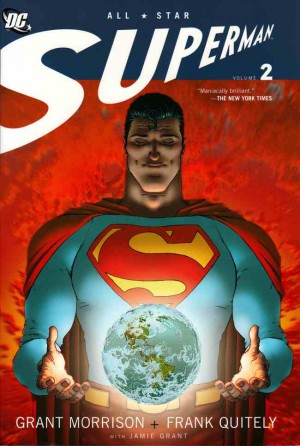