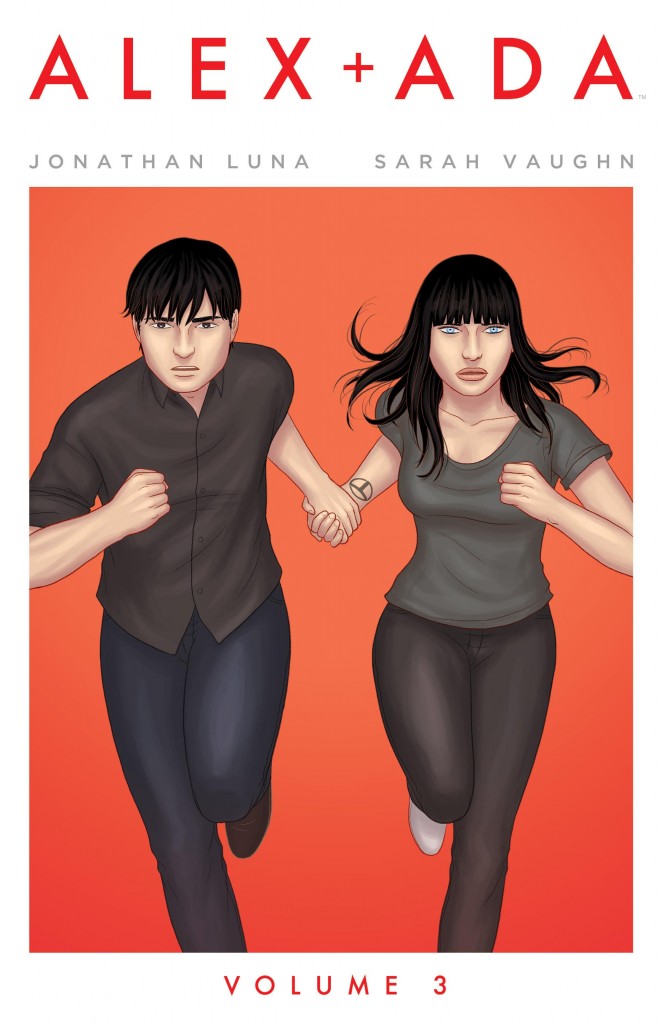 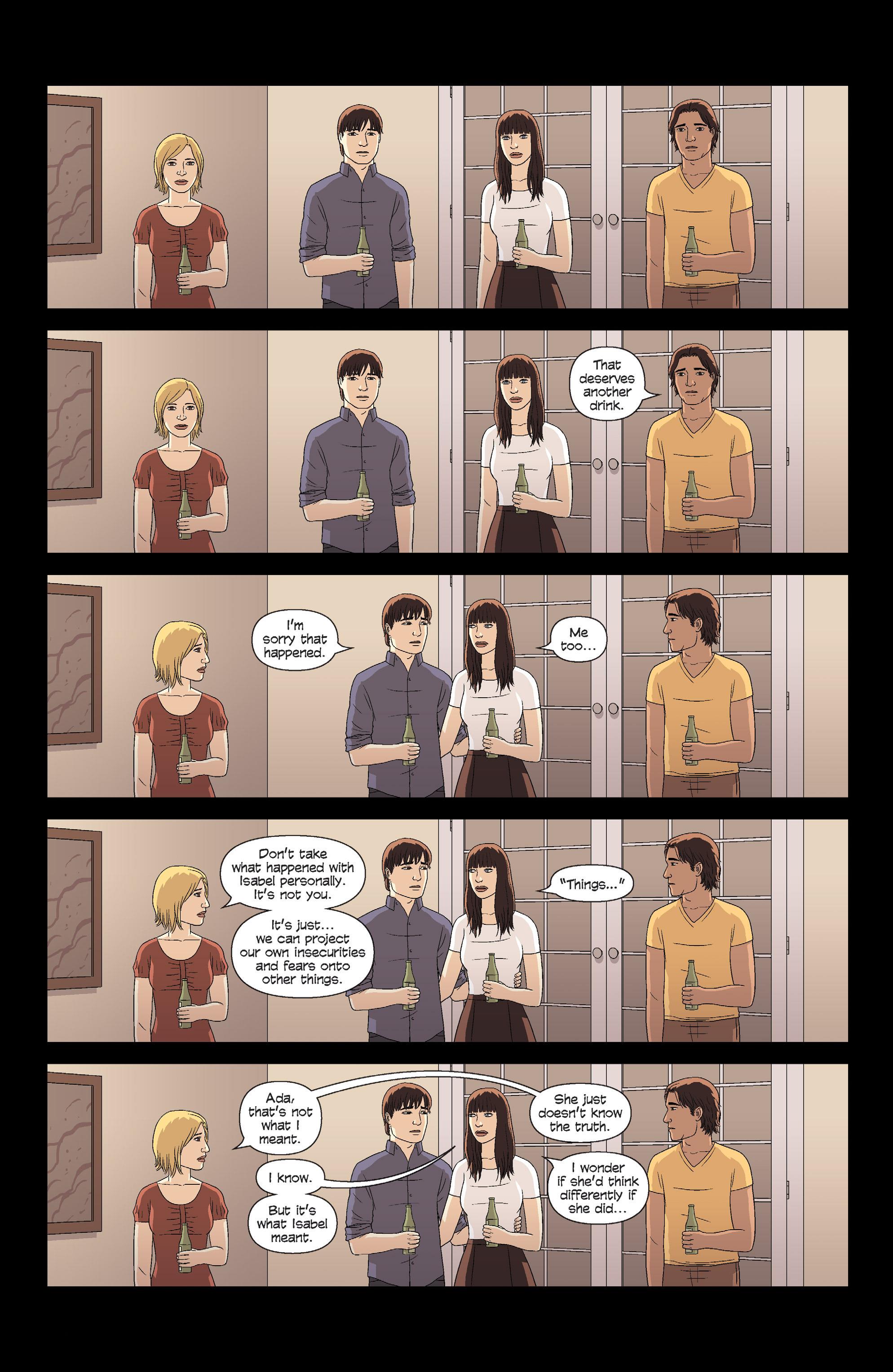 Alex was given a female pleasure android, but his conscience abhorred the idea and he arranged for the removal of programming that restricted her artificial intelligence progressing to sentience. This was just before the authorities declared such upgrades illegal, mindful of public fears over a massacre just over a year in the past.

Alex + Ada is a frustrating series. At its core it questions what it is to be human, yet until this volume has never really addressed this other than in fragmentary fashion. It now does, with good use of a couple of already introduced characters to spark debate, but it’s emotionally void when it comes to the most deeply emotional issues. At one point Alex declares he can’t conceive life without Ada, yet for all the personality he’s been given he might be an android himself. Jonathan Luna’s art is weak when it comes to any kind of emotional investment, with stiff and static figures and little variation to his expressions, and this belies the dialogue he and Sarah Vaughn provide for the cast. It’s down to his cut and paste method of digital art, using the same illustrations time and again, or repeating panels with little variance. While a valid method of telling a story, in this case it required greater fusion with the dialogue. Another problem is that Luna doesn’t convince regarding anything being set in the real world. He rarely includes a single character that won’t speak at some stage during a scene, and his outdoor sequences sometimes look as if the world has been constructed purely for Alex and Ada. Of course, in a meta-sense, it has.

A midway shift to adventure drama occurs as the background of fear and resentment of robots comes home to roost. At a real stretch this element could conceivably be commentary on the attitudes of many toward those they perceive as not being like them, but the lack of depth makes this unlikely.

For all the problems with the series, the creators deliver a fine concluding chapter. Here time is compressed for a change, and while it still suffers from a lack of convincing emotion, the point is made, and the result is probably what would most would want to see. All three volumes are now available also as the hardback Complete Collection.