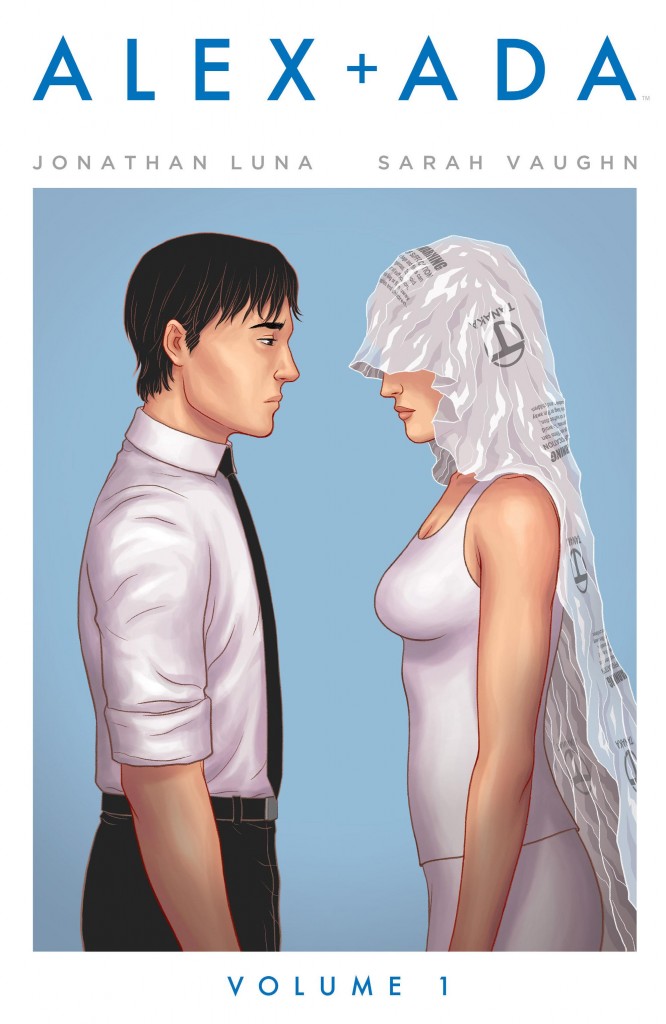 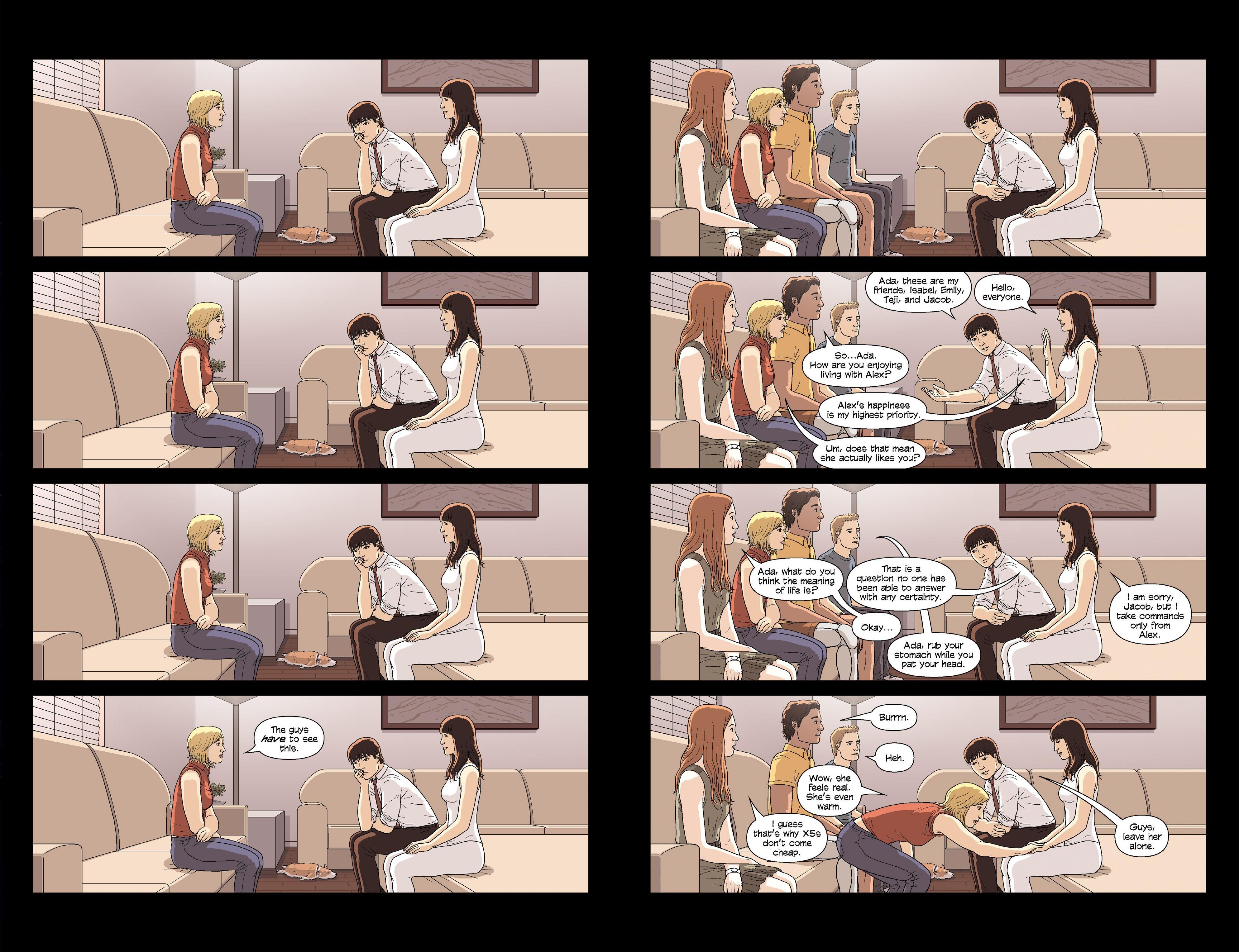 Sarah Vaughn and Jonathan Luna’s collaboration concerns society in the near future. It’s fundamentally a study of what it means to be human, but that only becomes apparent in the final pages. Alex’s world is one where artificial intelligence has become everyday around the home. Many basic functions are handled by thought activated machinery for those who have head implants, or programmed robots. It’s the first anniversary of a massacre when an artificial intelligence became self-aware and attacked humans, and concerns persist this could occur again.

At 27 Alex’s life is sterile in outlook and actuality. He’s seven months past the break-up of his previous relationship when gifted Ada, a pleasure android. Alex is inherently at odds with the idea of one living being entirely subservient to the whims of another, but decides against returning Ada. Instead he introduces her to his friends, and attempts to establish a friendly relationship, often frustrated by Ada’s primary objective being to follow instructions, which precludes independent opinion. It leads him to explore other options.

Both creators collaborate on plot and script, while Luna handles the artwork. He’s obviously influenced by manga both as a style and a storytelling form, and enjoys constructing environments. Where Luna is good is in making use of repetitive images that overlay when the story is read digitally as per the sample art, thus creating the impression of movement. It’s a neat trick. Elsewhere there are an abundance of stiff figures and spartan environments.

There’s a potentially fascinating premise to Alex + Ada, but the problem with this volume is that Vaughn and Luna take so long to make any point, or to move their story forward. There’s endless superficial or unnecessary conversation, and while the visual trickery appeals, it’s coupled with images repeated to convey the passage of time, or the same trick used for other purposes. In the end it comes across more as an exercise in filling pages.

Volume one concludes with a definite change, and it’s hoped that volume 2 picks up the pace. They’re now joined with the concluding volume in the hardcover Complete Collection. 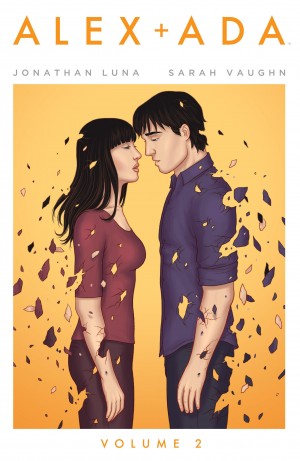 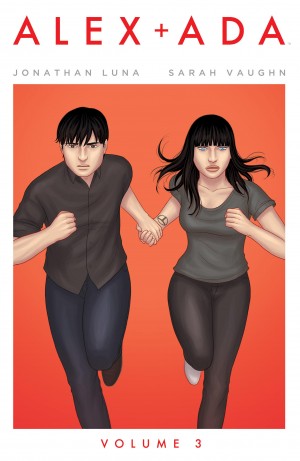