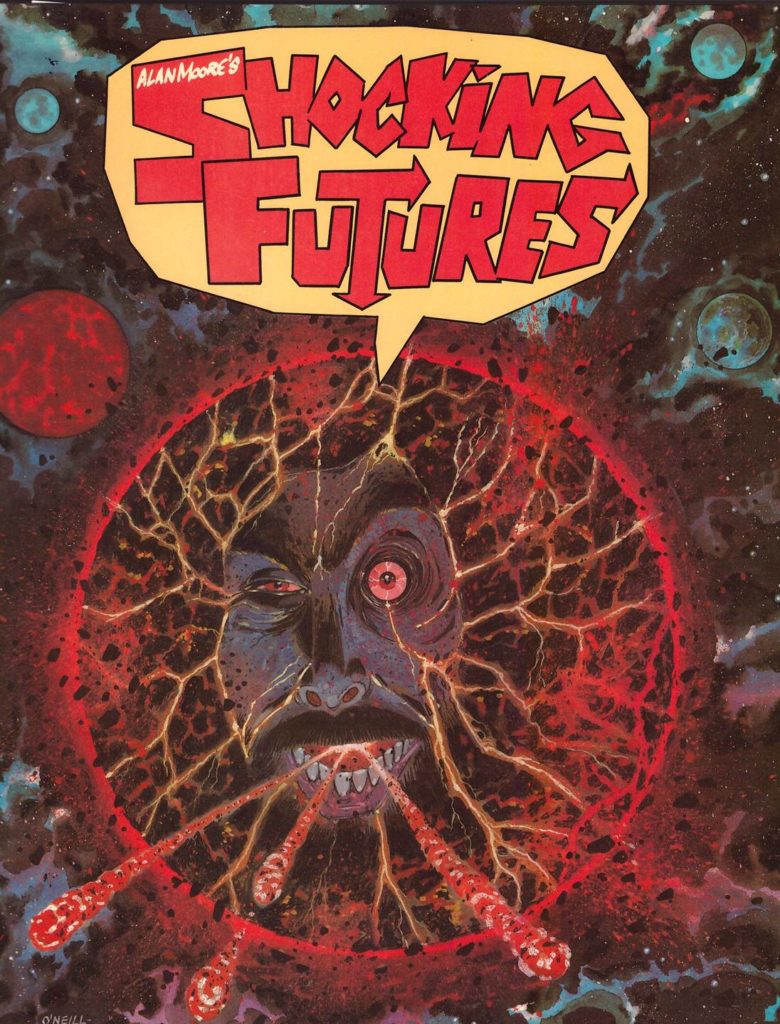 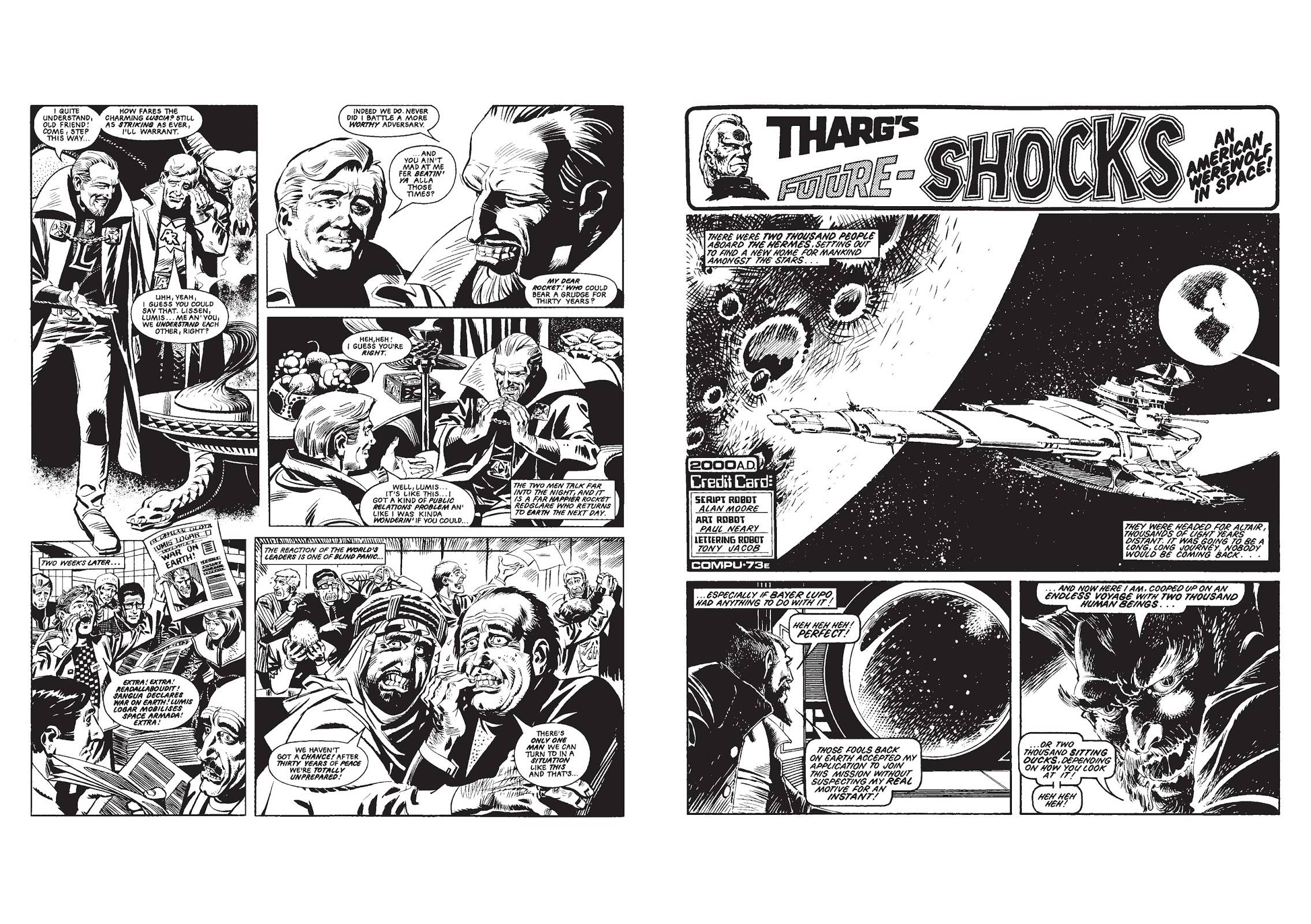 For all the innovation and freshness 2000AD injected into British comics in the 1970s, the filler strips remained resolutely mundane, ‘Future Shocks’ barely deserving the name. Every now and then there was a brief spark into life, but Alan Moore upped the game considerably. He saw ‘Future Shocks’ and ‘Ro-Jaws Robo Tales’ not as four or five pages of blandness, but as a different form of storytelling. In the introduction Moore writes about how invaluable the form was as a learning process, forcing a writer to compress their ideas. Combining that diligence with Moore’s prodigious imagination results in a collection deserving more than footnote status even if it was early in his career.

Those ideas just tumble out, in most cases resulting in tidy absurdist comedies leading to a twist ending. Even now very few are instantly predictable, and in some cases the joy is in anticipating a predictable ending. Moore varies his storytelling devices, presenting one tale of hapless humans taking an alien holiday as a series of useful phrases in translation, and beginning two with job applications. Tourism of one type or another is a recurring theme, as is parody. Moore offers two neat rhyming fables in the style of Hilaire Belloc, while pretentious rock bands, Superman’s origin and the British view of American tourists also feature. The factor uniting them all is comedy. The editorial purpose might have been five pages of science fiction with a shock ending, but every single strip is funny, and as Moore’s most lauded work is grim (although not without comedy moments), there’s a tendency to forget what a great comedy writer he is. Beyond one strip starring a character named Rorschach, there are little glimpses into Moore’s later work, in which ideas are refined.

By any standards the artistic line-up is impressive, indicating the wealth of British talent 2000AD attracted in the early 1980s, while the more traditional look of artists whose careers had been longer also fits. Mike White (sample art left) is ideal for looking at the traditional square-jawed space hero served up in the 1950s, while Paul Neary (sample art right) went above and beyond the call of duty in producing his pages. They and Jesus Redondo appear twice, while all other artists are restricted to the single story.

The later Complete Alan Moore Future Shocks collection adds several more stories, but is a complete collection necessary? Beyond a great Kevin O’Neill cover, there’s the oversize format to recommend Shocking Futures, plus Moore being involved in the selection process for both this and the Twisted Times companion volume, weeding out less inspired material. Both feature his brief reminiscences and comments, absent from the later collection, and the process of distillation renders this a stronger selection than the complete volume