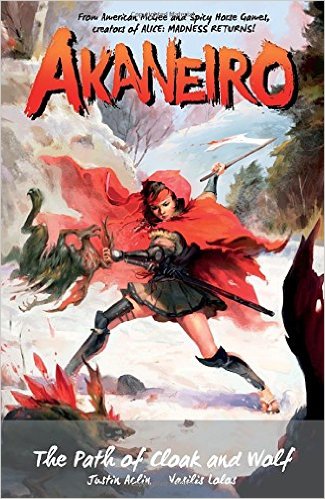 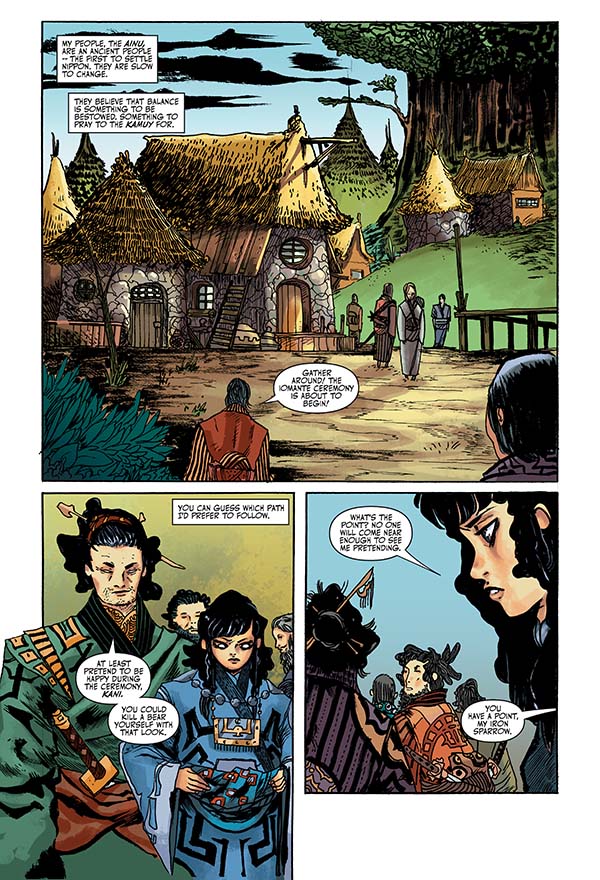 Akaneiro is a hugely successful fantasy video game that adapts the fairy tale of Little Red Riding Hood and transfers it to feudal Japan where Yokai, or demons, threaten to upset the balance of the world. Their reasoning is unknown, and they manifest by corrupting the form of an animal. A single demon can do untold damage, but when slaughtered provide a crystal of significant value.

In this reality a Yokai taking the form of a wolf killed Kani’s mother years previously. She was too young and weak to help her mother, and this has haunted her ever since, so when another threatens her father she acts decisively. Through frankly illogical circumstances those protectors who eventually deal with the Yokai are blamed for its presence, and via further contrived circumstances Kani elects to join these hunters. As a parting gift she’s given her mother’s cloak, dyed red, with which to travel through the forest.

Justin Aclin is hampered somewhat by having to adhere to what’s been established in the game, but that doesn’t entirely account for several lapses of logic used to move the story forward. Assume the idea of a bright red cloak among people who wish to remain furtive and unseen is a video game legacy, but was it also a condition that the narrative follow a game structure of quest, information and reward? There’s not a point where The Path of Cloak and Wolf avoids the obvious and predictable

The art of Vasilis Lolas is highly stylised, but there’s little imagination at play beyond the occasional pin-up where he takes the look of the era and provides a delicate composition contrasting the remainder of his pages. His Kani is possessed of eyes that Edmund Keane enthusiasts would consider exaggerated, and even allowing for individual style there are frequent shortcomings, often with foreshortening, Kani’s father at one point seeming to have stunted arms in an importantly symbolic panel.

It’s puzzling that given a high profile project, Dark Horse, usually so diligent when it comes to licensed properties, here issued such a poor book.