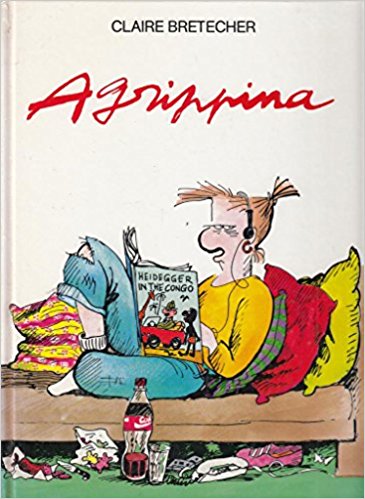 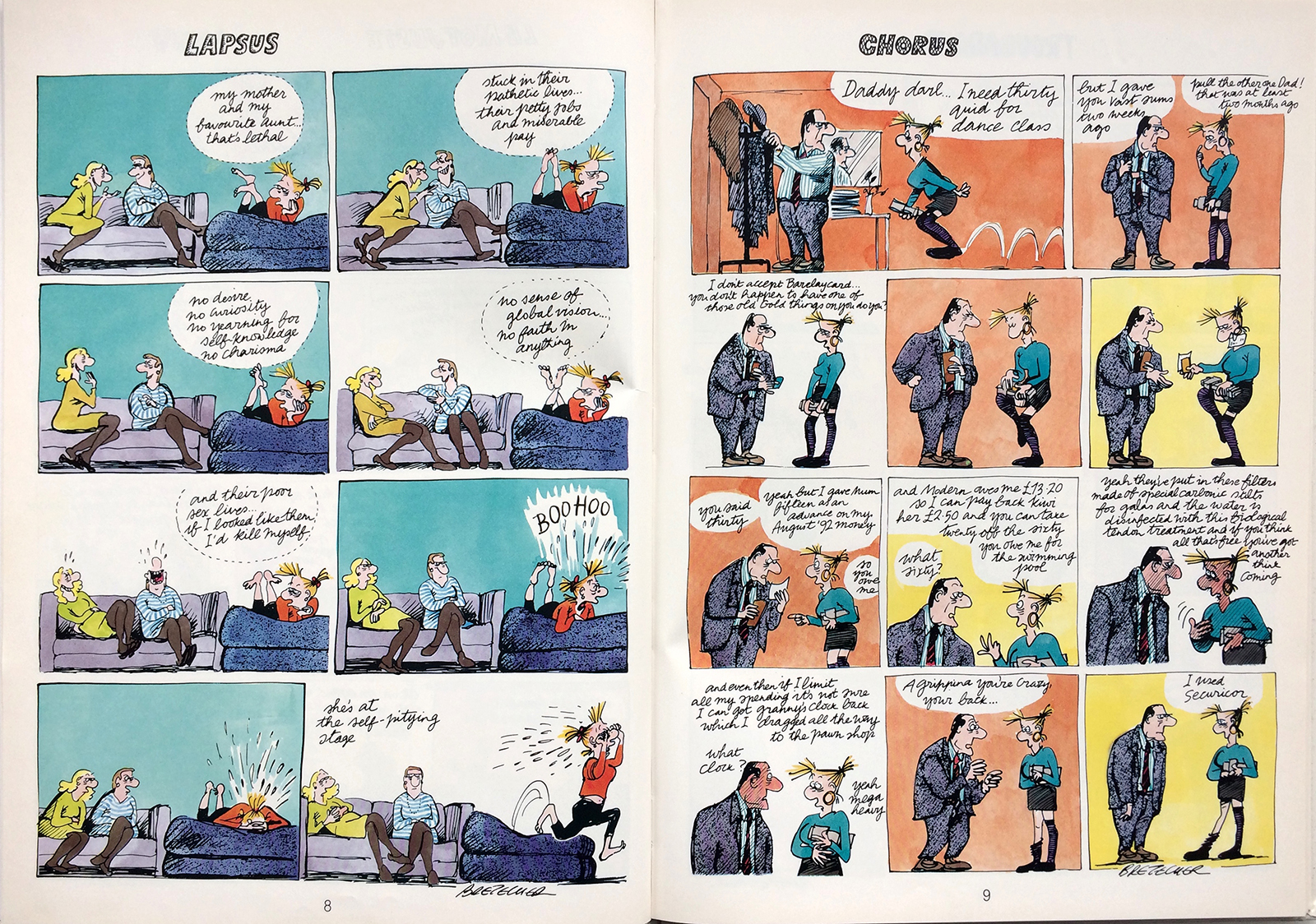 Claire Bretécher’s longest running character, Agrippina, is a teenage girl – Agrippine in the original French – who took centre stage in four albums self-published by Bretécher between 1988 and 1995, followed by a further four with the final book seeing print through publishers Dargaud in 2009. Agrippine was a very popular strip and lots of Francophone creators today are making work inspired by Bretécher’s infuriating heroine – although that might also have something to do with the fact that Agrippine was also an animated television series in France, with 26 episodes shown on Canal+.

As with the Frustration series, Agrippina is a collection of one-page strips, but  unlike the other five Bretécher books published by Methuen/Mandarin, this one is in colour, which gives the book a zingier look and makes the cartoons a little easier to read with the characters popping out of the backgrounds. Agrippina is a big-mouthed, self-obsessed, vain and histrionic teenager who is very intelligent, but lazy and uninterested in anything except gossiping with her friends, extracting money from her dad that she blows on a whim, and dissecting the behaviour of everyone around her in sarcastic asides. Most of the humour comes from the way her ideas rarely match up with her abilities, or from the shameless and utterly hypocritical way she tries to manipulate the adults around her. Bretécher’s take on this typical genre adds intellectual games and surreal slapstick to make this book distinctively hers, and it’s a quick read but entertaining, with occasional profound moments.

This book is out of print, but very easily and cheaply found online, as is the sequel Agripinna Throws A Wobbly. A newer edition is available, but only in digital form: the Agrippina series was acquired by Europe Comics in 2016, and is being translated into English once again. Two volumes have been published so far: The Trials of Agrippina and Agrippina and The Ancestor. 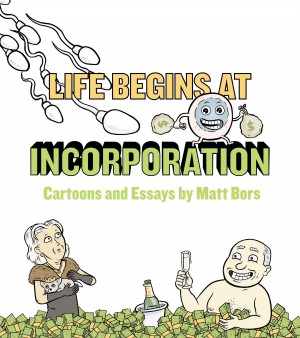