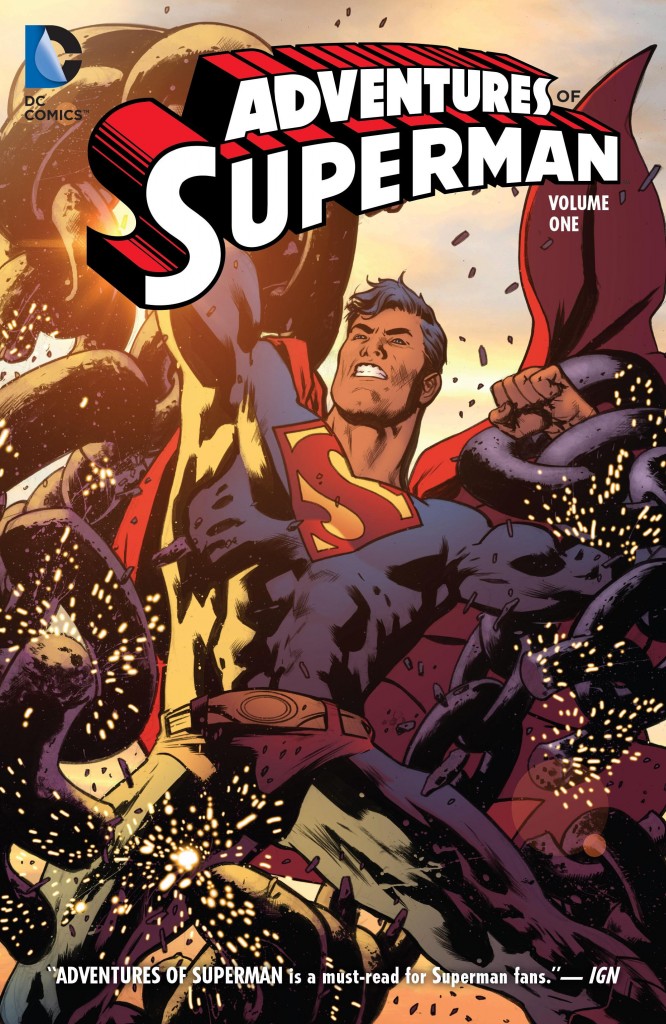 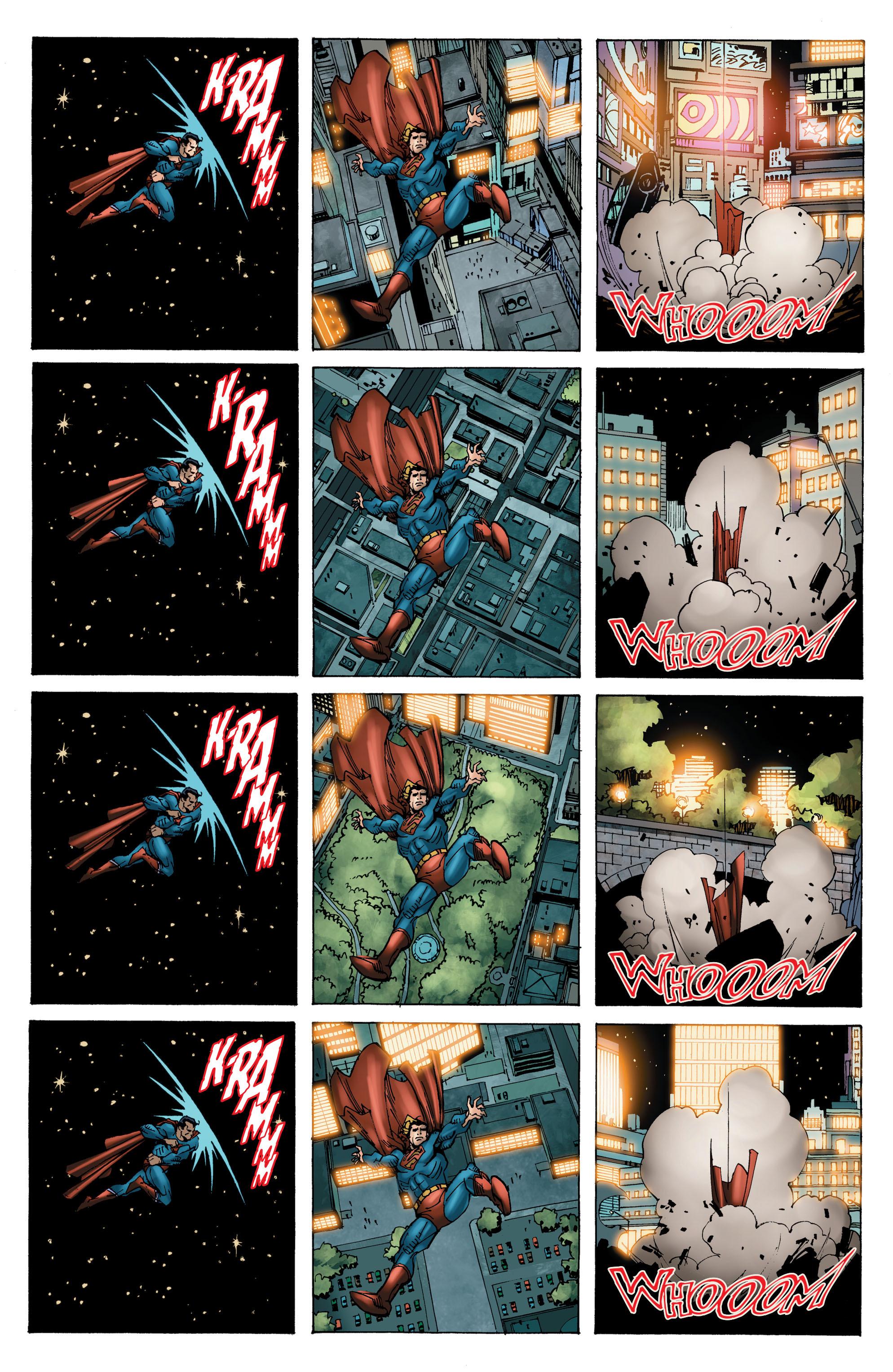 A dozen stories, only one running longer than  twelve pages, art from the likes of Chris Samnee, Chris Weston and several non-Chrises, and strips written by Jeff Lemire, Jeff Parker and several non-Jeffs… It all sounds pretty enticing, and thankfully most of it is.

Given the brief of a short story featuring Superman most creators seize upon a single element of Superman that caught their attention. For Joshua Hale Fialkov it’s the newspaper reporter dynamic between Lois Lane and Clark Kent, while Michael Avon Oeming toys with the idea of a Jack Kirby Superman strip. This concentration leads to a very broad selection of approaches, most of which are good, and some of which are actually novel, which is some achievement considering how long Superman’s been around. The sample page is the interesting artistic combination of Giuseppe Camuncoli’s layouts finished by Sal Buscema. It’s from a J.M. DeMatteis story that combines a strange 1970s form of story puzzle with a distinctly modern finale, which will surprise.

Some themes recur. Asking if Superman can be everywhere at once is best dealt with in the final strip by Kyle Killen and Pia Guerra, babies are seen more often than might be expected, and more predictably Lex Luthor features often. The writing team of Dan Abnett and Andy Lanning deliver the ultimate callous slimebag, while Killen’s is also notable.

The longest piece is by Matt Kindt and Stephen Segovia, and it’s also one of the weakest. The contrasting early mornings of Superman and Lois Lane have a resonance, but incorporate a master plan that could be undone with a recording device, while Superman’s experience seems more designed to mark time while the better planned bottom of each page focus on Lois Lane plays out. A significant number of writers divide their strips into two contrasting narratives, either by the technique of splitting the pages, or by two separately defined sets of captions. The most interesting of them is by Jeff Lemire as two kids choose their play influences, standing out even among this company.

Anyone wanting to be really picky can see Lemire draws Superman as a ragged specimen, and if the influence isn’t taken into account Oeming’s strip may look odd, but pretty well every other interpretation works, and some of them are superb. In addition to those already named, there’s artwork from Yildiray Cinar, Wes Craig, Joëlle Jones, Riley Rossmo and Pete Woods. There’s little wrong with stories by Tom De Falco, Nathan Edmondson, Justin Jordan and Rob Williams either. Will anything here make the cut for a future Superman’s greatest anthology? Unlikely, but the varying content of all three Adventures of Superman collections provides a decent standard of entertainment.