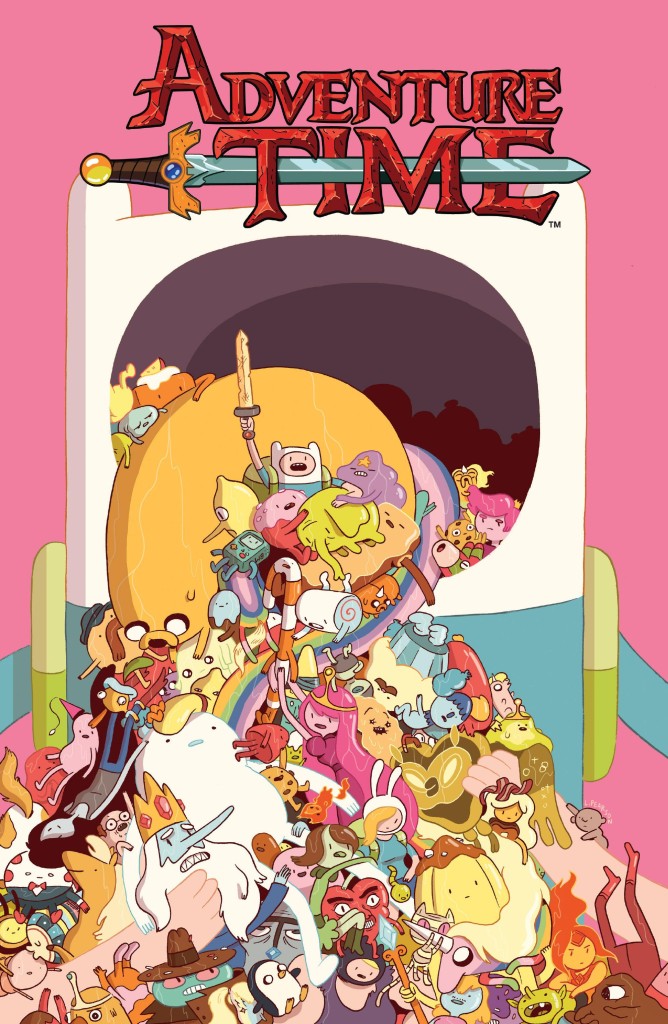 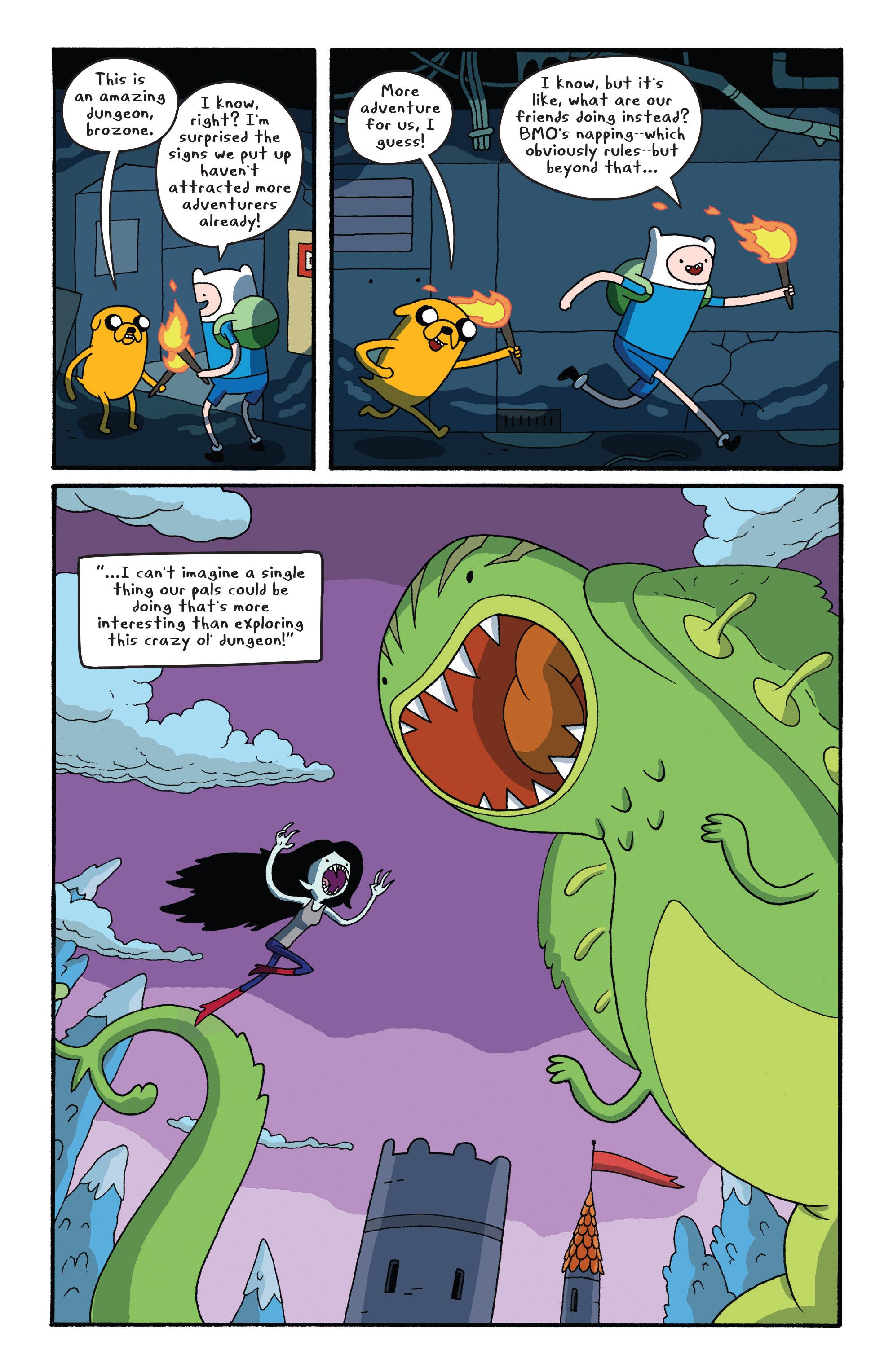 The illustration team of Shelli Paroline and Braden Lamb who’ve been with Adventure Time since the first graphic novel take a break after the opening chapter. In what was originally the 25th issue of the comic, they’re among several artists contributing and it’s a shame cover artist Luke Pearson (see Hilda books) isn’t among them. His style would be a perfect mesh.

That chapter begins with Dustin Nguyen’s contribution. It might be thought his style strays about as far from Adventure Time as is possible, but Ryan North’s script dealing with the end of the dinosaurs is exactly his area. Jess Fink, Jeffrey Brown and Jim Rugg also illustrate portions of a tale that turns out to be about two gems. It’s as bitty as the number of artists indicates, but supplies a fittingly sentimental send-off for Paroline and Lamb.

Rugg illustrates the remainder of the book, and after a shaky start in the jam chapter, he drops right in as Finn and Jake begin their next adventure by exploring an old nuclear missile bunker. Jake’s in quite the philosophical mood, bemoaning being trapped in a body, and considering all that could be achieved if he weren’t. The bathroom could become a video arcade for starters. This isn’t just idle talk, however, as one of the machines found transforms the pair into ghosts.

From there North takes Adventure Time’s usual meander. Ghost Finn and Ghost Jake make mischief while the Ice King practices dating with BMO, before finding themselves in deep water as they’re unable to communicate with Princess Bubblegum. She senses ghosts, and knows who to call: Ghost Destroyers. We then segue into their stories as they have to deal with a whole posse of ghosts accidentally freed again.

By the end, as ever, adventure has been had, along with laughs and amazement, and North throws in a very funny final page contrast. All in all, for those who like their Adventure Time, very satisfactory. The book concludes with the astonishing variety of covers produced for the original comics. Yay!