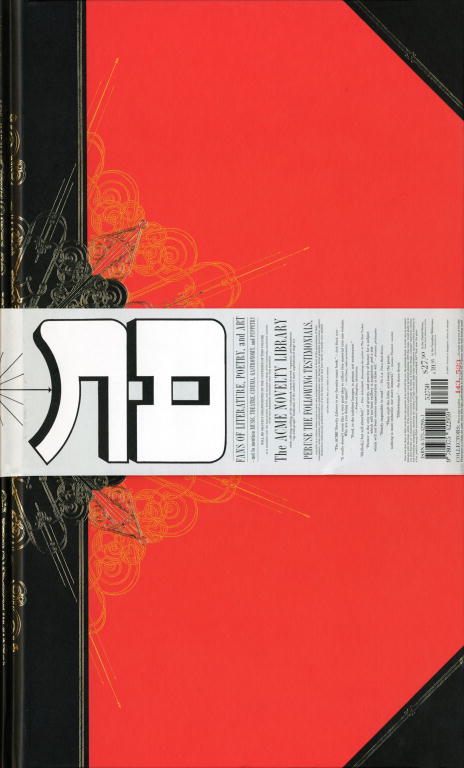 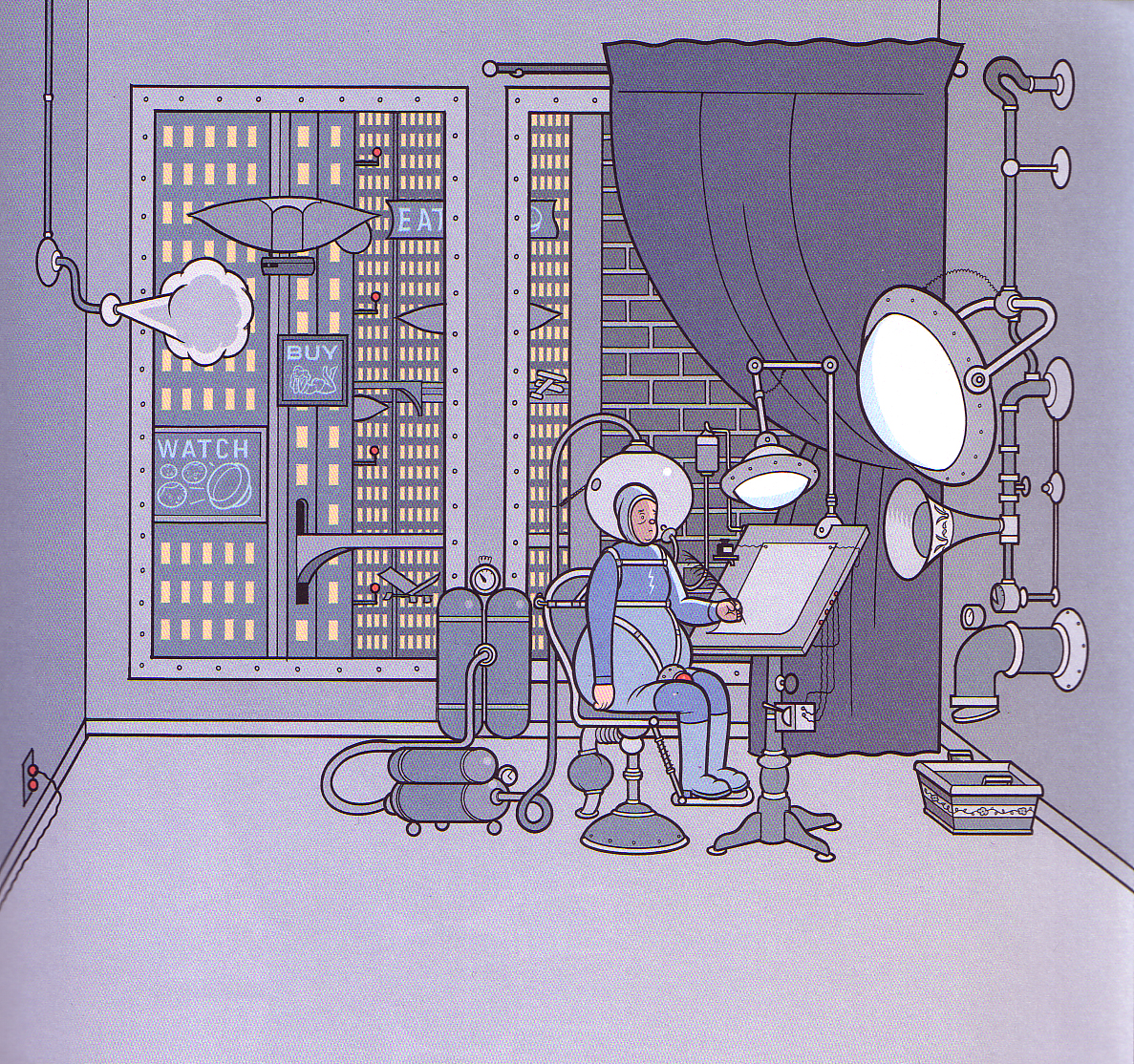 Chris Ware’s grasp of the essential nature of comics is unsurpassed in the current comics field. No creator – certainly none as prolific – is able to do more with the overlapping elements of flow and assembly inherent to comics. Ware’s boxed graphic novel Building Stories contains beautifully designed two-page spreads that look incomprehensible at a casual glance, yet flow like water when read from first panel to last. The man’s sophistication in the medium hit a new watershed years ago, and has only grown since.

This is why his fans can be torn between admiration of Ware’s sheer talent, and fatigue at his unrelenting gloom. You won’t find a more perfect showcase for both than his 2005 opus ACME Novelty Library Annual Report to Shareholders and Rainy Day Fun Book. That’s not only the full name of the book, it’s a good indication of its verbose contents. Reading this cover to cover will take the time of five ordinary graphic novels and require a magnifying glass, since the book includes a ream of micro-sized prose in the form of fake ads, jokey instructions for elaborate diorama cut outs and an extensive history of the fictional, titular ACME Novelty Company.

The bulk of the book is taken up with strips either new or reprinted from previous issues of Ware’s ongoing ACME series (for a full analysis of the contents, check this link). Your enjoyment here depends on your appetite for gallows humor. As Ware demonstrates his clear affection for decades-old cartoon styles and tropes, his typical bleak tone prevails. Big Tex receives abuse and abandonment from his father; Rocket Sam emotionally devastates the robot assistant who is in love with him; Frank Phosphate drags his destroyed body from his exploded air ship. Existential despair shows up where punch lines would ordinarily go, the humor mostly relying on taking such goofy characters to such unbearable depths.

Framing this mad assembly is a long, new story involving Ware’s arbitrarily cruel God/Superman character whose tale is scattered through the book. The character steals, murders and kidnaps on a whim, takes a mate, outlives her, then waits out the end of the universe until the start of the next one, thus cycling back to the beginning. It’s scope and deliberate pointlessness is impressive.

Ware also revisits characters from his other major works, Quimby the Mouse, Rusty Brown and Jimmy Corrigan, that reveal facets of these worlds not addressed in their core volumes. There’s also a ridiculous “history” of cartoonists that starts with a caveman at a drawing board. There’s also a glow-in-the-dark map of constellations in the shape of Ware characters. There’s also “the smallest comic strip in the world” in teeny panels along the rim of the cover boards. There’s also… There’s also… Ware has crammed so much stuff into this package, reading it is an experience of constant surprise that reflects many years of experimentation condensed into the tightest 100 pages you’re likely to find.

In Chris Ware’s more novelistic work, there are moments of observed humanity where his heavier tone is softened in the context of a character or situation. By keeping to short formats, Ware strips away any and all relief, leaving a warped funhouse that’s determined to tell us over and over again how awful life is. The text parodies are darkly hilarious; the abundance of extras are head-slapping ingenious. There’s really nothing quite like ACME’s Final Report to Shareholders. Ware’s many fans know what they’re getting with him at this point, and what they get in this volume is more clever turns of phrase and masterful cartooning than anyone could hope for.