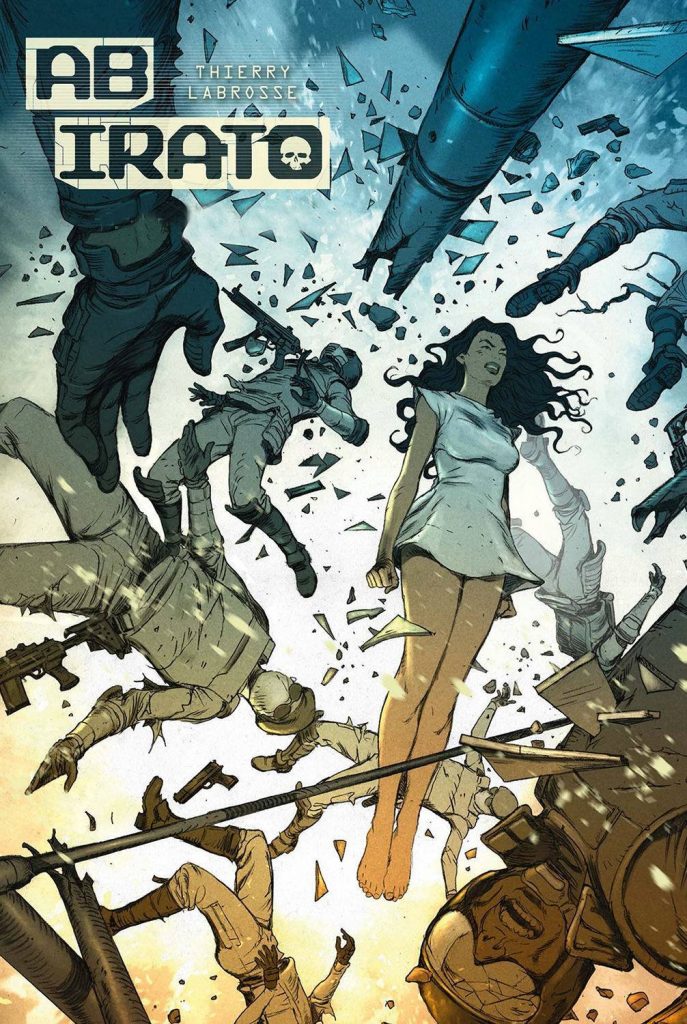 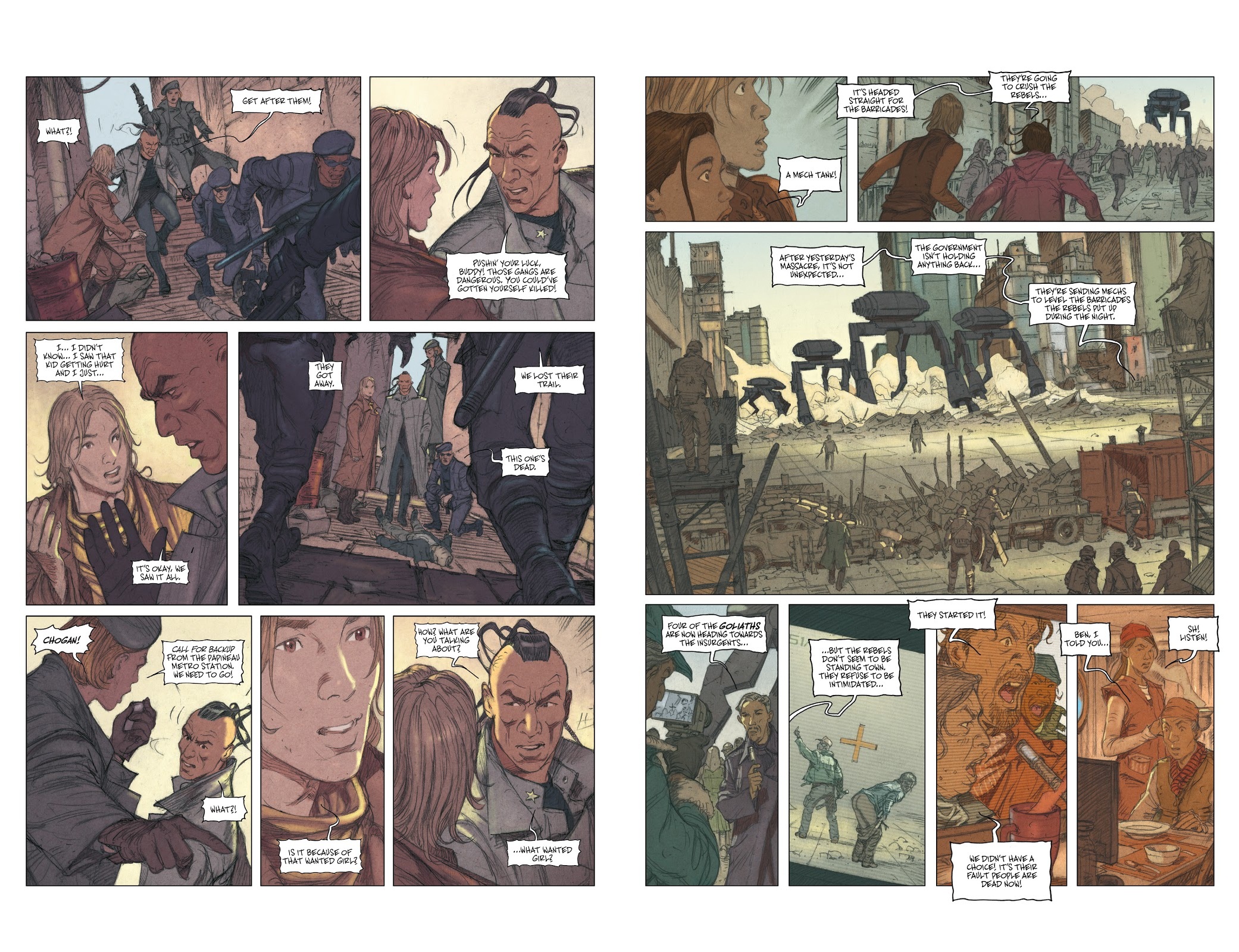 If he had any preconceptions about what life in Montreal was going to be like, Riel Beauregard receives a hefty wake-up call on arrival, becoming a witness to what’s considered a terrorist incident at the station, before stumbling on an alleyway killing. This is the Montreal of a future near enough to be recognisable, where, not to put too fine a point on it, everything’s gone to shit. The infrastructure just about works, but vast areas of Canada are flooded, and the gap between the wealthy and the poor is ever increasing, a schism fuelled by the availability of life-prolonging treatments for those who can afford them. A terrorist group calling themselves The Bastards of God is seeking greater equity.

Despite the depressing scenario, Thierry Labrosse keeps the mood from darkening completely via Riel’s optimistic character. He’s thrilled to be in the city, and if there’s danger involved in his personal experiences that’s still way better than his previous dull life, and he’s glad to make a friend of Nève, more used to living by her wits. Eventually Riel’s pressed into shifting his priorities, along the way experiencing a rapid learning curve regarding the sociological divide in the city.

Having set up his story by involving social tensions, it’s disappointing that Labrosse sidelines them once he’s established two opposing forces, switching to an action thriller with stock characters and a few pieces of science-fiction technology. He throws exciting twists into this, not least forcing the plot into a strange bedfellows scenario, and there’s the wild card of an immensely capable woman attempting to assassinate the head of the company supplying the anti-ageing drug, but originality isn’t at a premium. In expanding the territory Riel is largely lost in the mixture, and there isn’t anyone else who really rises above their role. Where Labrosse really scores is with some phenomenal artwork, richly detailed, loose, and great at bringing the cast to a very active life. He thrills with the constant movement of action scenes, yet never sacrifices clarity, and has a great way with facial expressions.

There is a strange editorial choice for this combination of what was three albums in French. The cover image is great. It’s also a significant scene from deep into Ab Irato, that while important in its own way, isn’t greatly connected to the main thrust of events. It makes Ab Irato seem as if it’s the X-Men, which it isn’t, although it veers close toward the end, with Akira also an influence.

While Ab Irato just hangs together as a plot, although swerving wildly, the cast never convince as anything more than stereotypes needed to fill a role. However, any further projects with Labrosse’s fantastic art will be welcome.