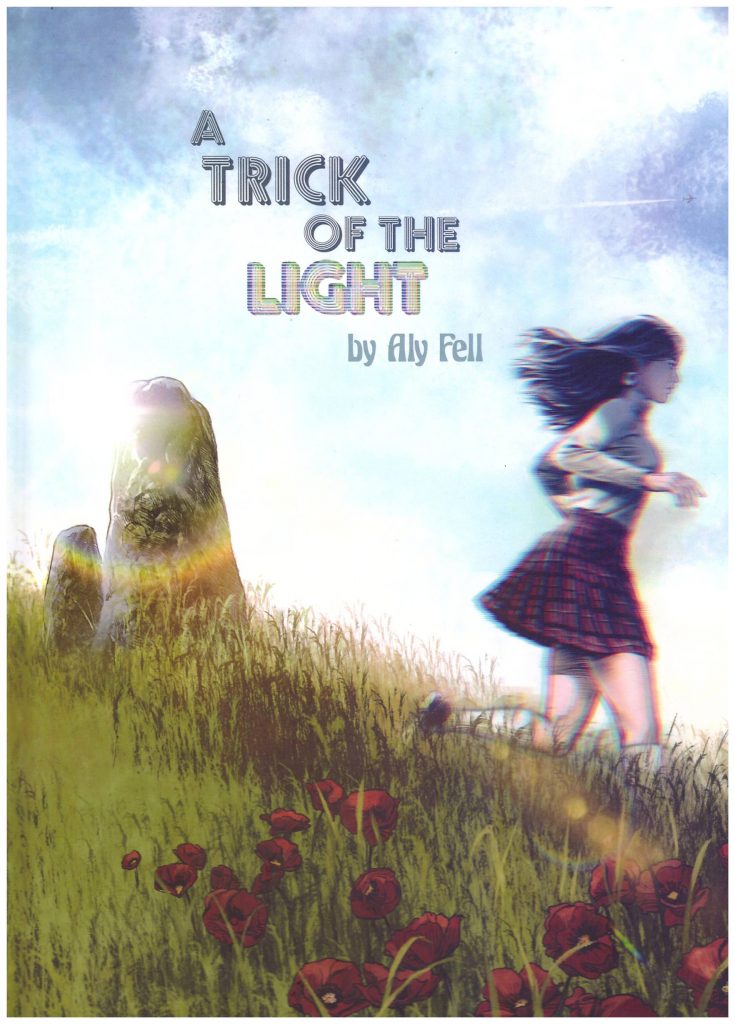 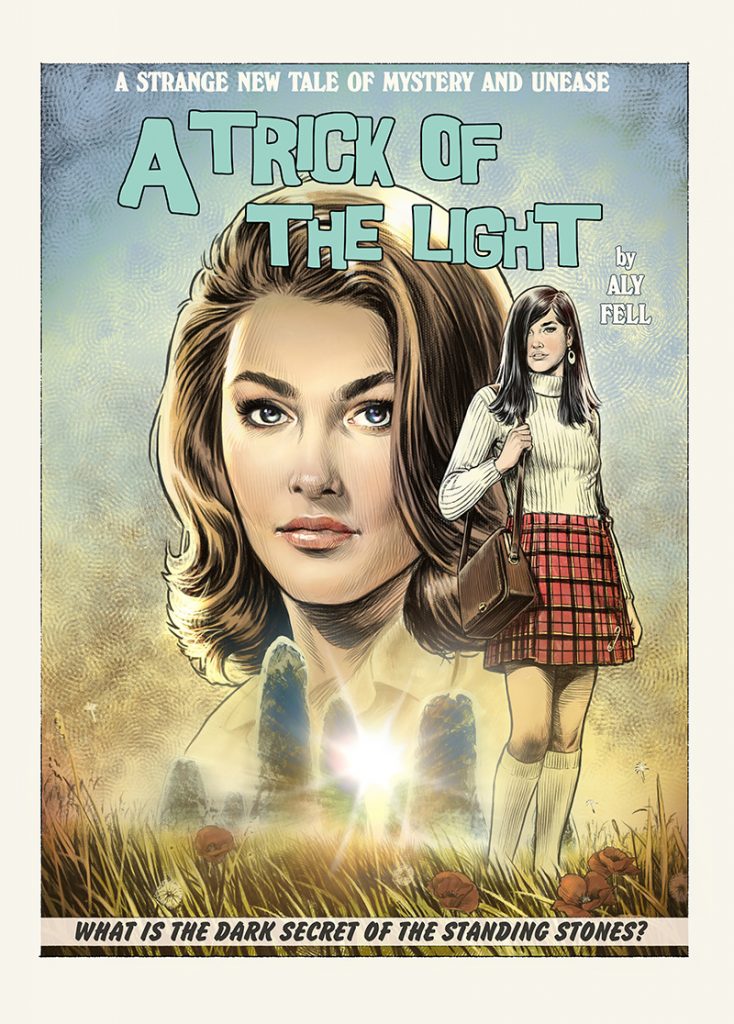 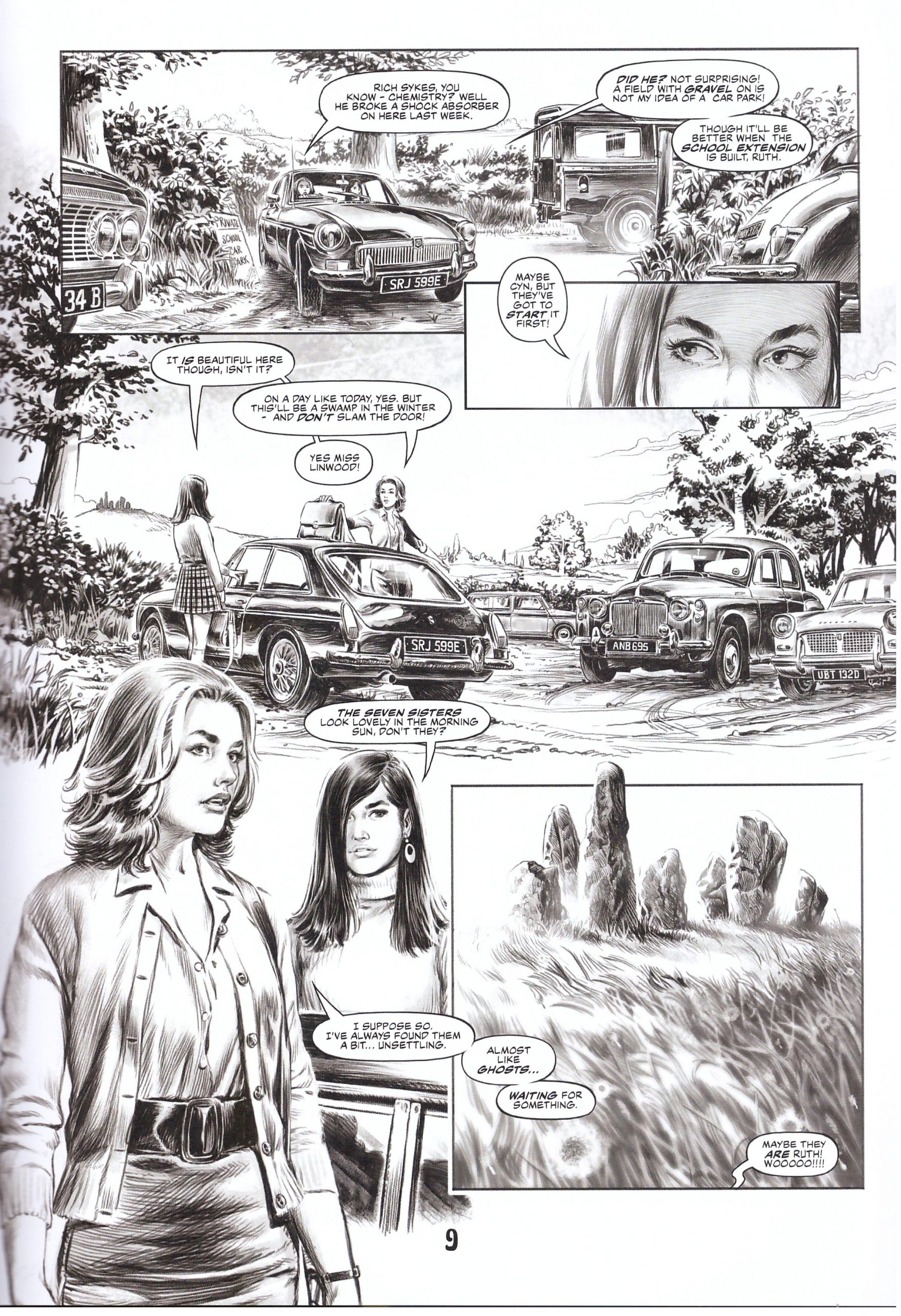 A Trick of the Light is Aly Fell’s love letter to the type of adventure stories serialised in British girls’ comics from the 1950s to the 1980s. Fell picks 1970 as the setting, but applies a far more knowing approach than his influences, opening with teachers Cynthia and Ruth heading to their school bantering about their relationship as they crash through country lanes in an MGB sports car.

Everything is beautifully drawn in a naturalistic style, lush inking bringing people to life with a digital grey wash adding tone. There is a slight, and very effective use of colour, representing the discomfort Ruth feels when hit by direct sunlight to the eyes, which gives her migraines, but otherwise the greytoned pages duplicate the desired feel of the old serials. This is achieved seemingly without reference to any specific artist, but Fell may know different, and he applies the same lifelike rendering to the entire story, be it other forms of nature, the cars or a Harp ashtray in the school staffroom.

Cynthia and Ruth carry the entire story, not entirely representing the maxim of opposites attracting, but certainly very different people despite their shared profession. Cynthia is carefree and not unduly concerned about the eyes of the world, while Ruth is more reserved and cautious despite their relationship seemingly being an open secret among the older school children. As events take a spookier turn, A Trick of the Light begins to echo the more ethereal children’s literature of the 1960s and 1970s where an inexplicable strangeness remains inexplicable despite bringing profound change.

The sheer quality and prolonged consideration raises A Trick of the Light above mere pastiche, and it’s closed off by Fell’s thoughts about process and construction. As an independent crowdfunded publication this isn’t available through traditional online outlets, but can be found by heading to https://www.etsy.com/uk/shop/DARKRISING . It’s worth it. 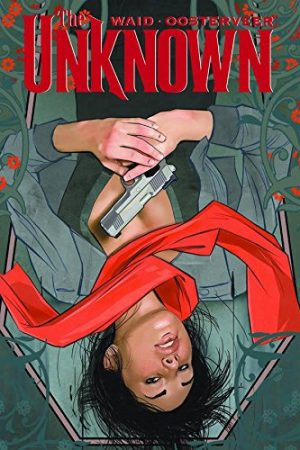 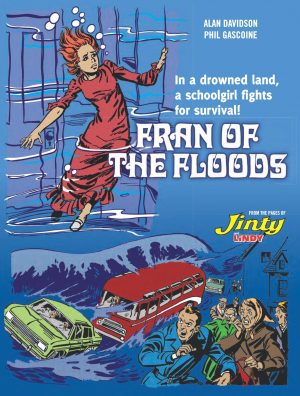