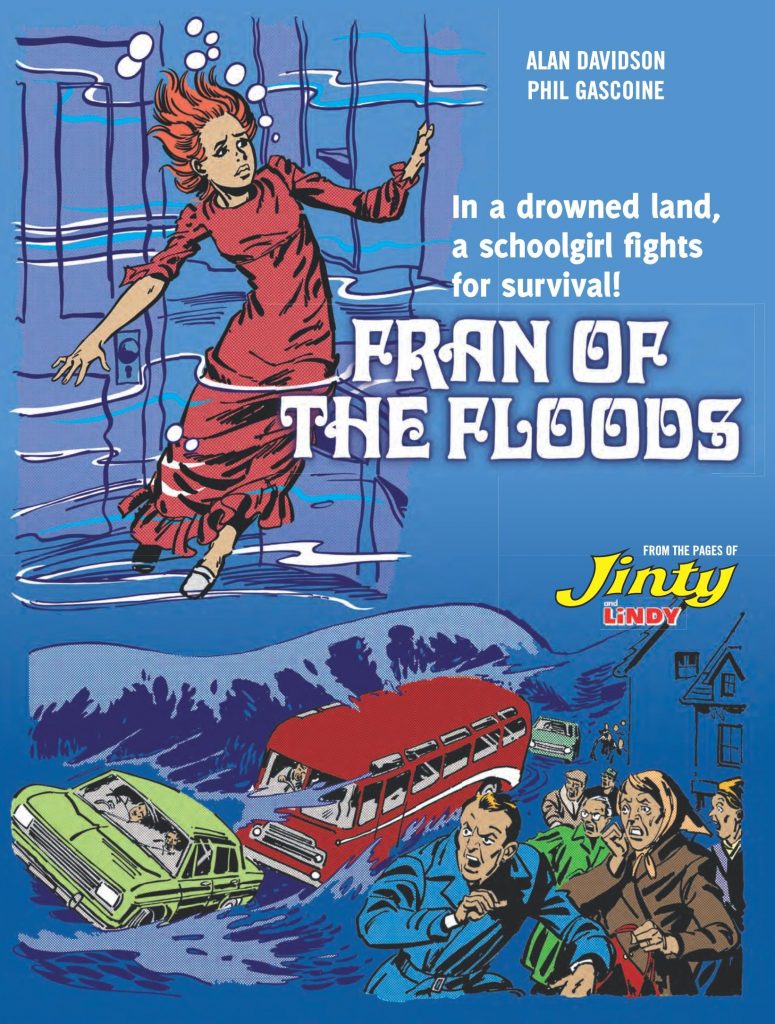 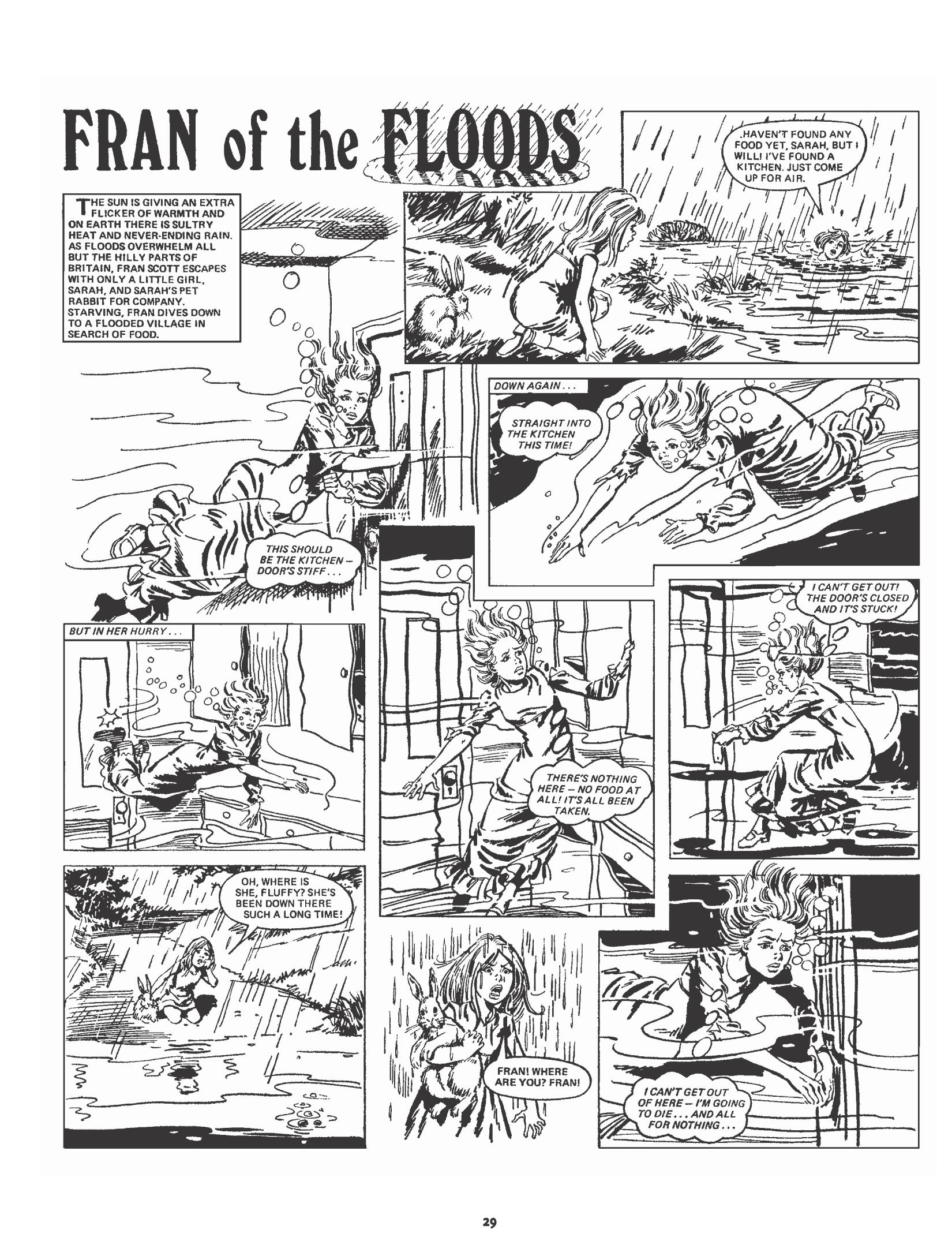 Starting in the 1970s, but set in a divergent time, Frances Scott is a young teenager in a United Kingdom suffering the effects of climate change. Fran of the Floods opens with a TV report of trees and flowers blooming in the Sahara desert, while outside in England the rain is pouring down to the extent that there are concerns of flooding, but while Alan Davidson is prescient enough to feature that as a topic, his causes aren’t connected with man-made disaster. His reasoning is extra solar power melting ice caps and consequent rising water levels, as explained by an eccentric 1970s teacher. Fran’s dour science teacher has figured out the truth kept from the public, but knowledge doesn’t provide the means to cope, and it’s not long before Fran is alone in a rowboat, her town under water.

Davidson is only allocated three pages per episode, but his dense plotting ensures artist Phil Gascoine has to pack in the panels, twenty five to thirty every chapter the norm, as Fran survives on her wits. She’s occasionally cast as protector, but more frequently endangered herself by predators, all desperate for the safety of high ground and what little food supplies remain. There’s certainly more than a little convenience in her best friend Jill having also survived the flash floods that drowned so many, and they have similarly plucky and good natured personalities, but work well as a pair.

Man’s inhumanity to man is a theme running throughout, and Davidson sometimes displays a dark humour in contriving tragedy to confound expectation. There’s a gloriously unsentimental departure for the young girl Fran first meets post-disaster, and Davidson throws in scenes filched from popular culture. His intended young audience of the mid-1970s probably wouldn’t have seen The Birds. As was the case with so many girls’ stories of the era, Fran of the Floods thrives on cruelty, Gascoine drawing wonderfully exaggerated whips in action, and on improbability, with some imaginatively unlikely occurrences.

Despite the work required, Gascoine never resorts to the shorthand of talking heads and silhouettes, and it’s largely down to him that Fran of the Floods works so well as a serialised adventure. A less intuitive artist would have accentuated the ridiculous aspects, resulting in comedy. His economical realism prevents that.

There is an overall aim linking the episodes, that of Fran reaching Scotland to locate her sister, and after a succession of bizarre turns she and Jill arrive in Glasgow for the penultimate sequence and the serial’s loopiest situation. The manner in which Davidson restores some credibility to King David, though, is admirable. Ultimately, despite Davidson obviously not taking the story seriously, too much of what occurs requires too great a suspension of disbelief as shorthand methods are used to implant problems. Fran and Jill have to leave Glasgow, yet we either have to believe there’s only a single road available for exit, or that guards are posted on every single one of the hundreds of ways out. As per the demands of thrilling the young girls of the 1970s on a week by week basis Davidson was fulfilling his brief. It’s only compiling the entire story, never foreseen during the mid-1970s serialisation, that reveals the contrivance and repeated melodrama. However, this is a compilation, and any enquiring mind is likely to spot the flaws.