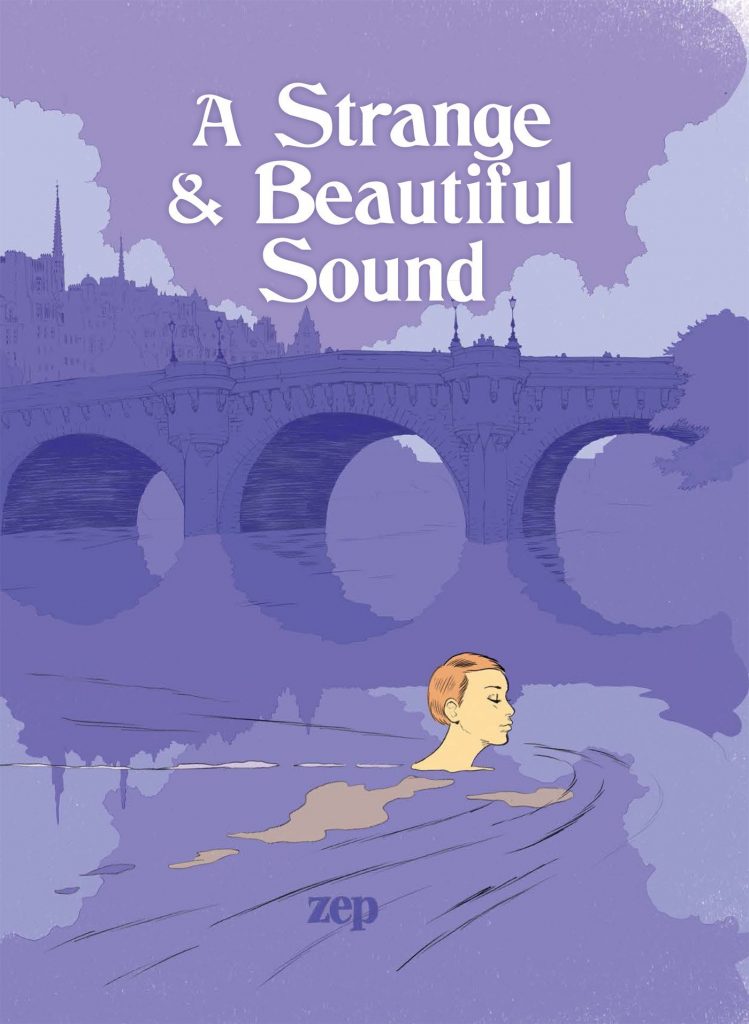 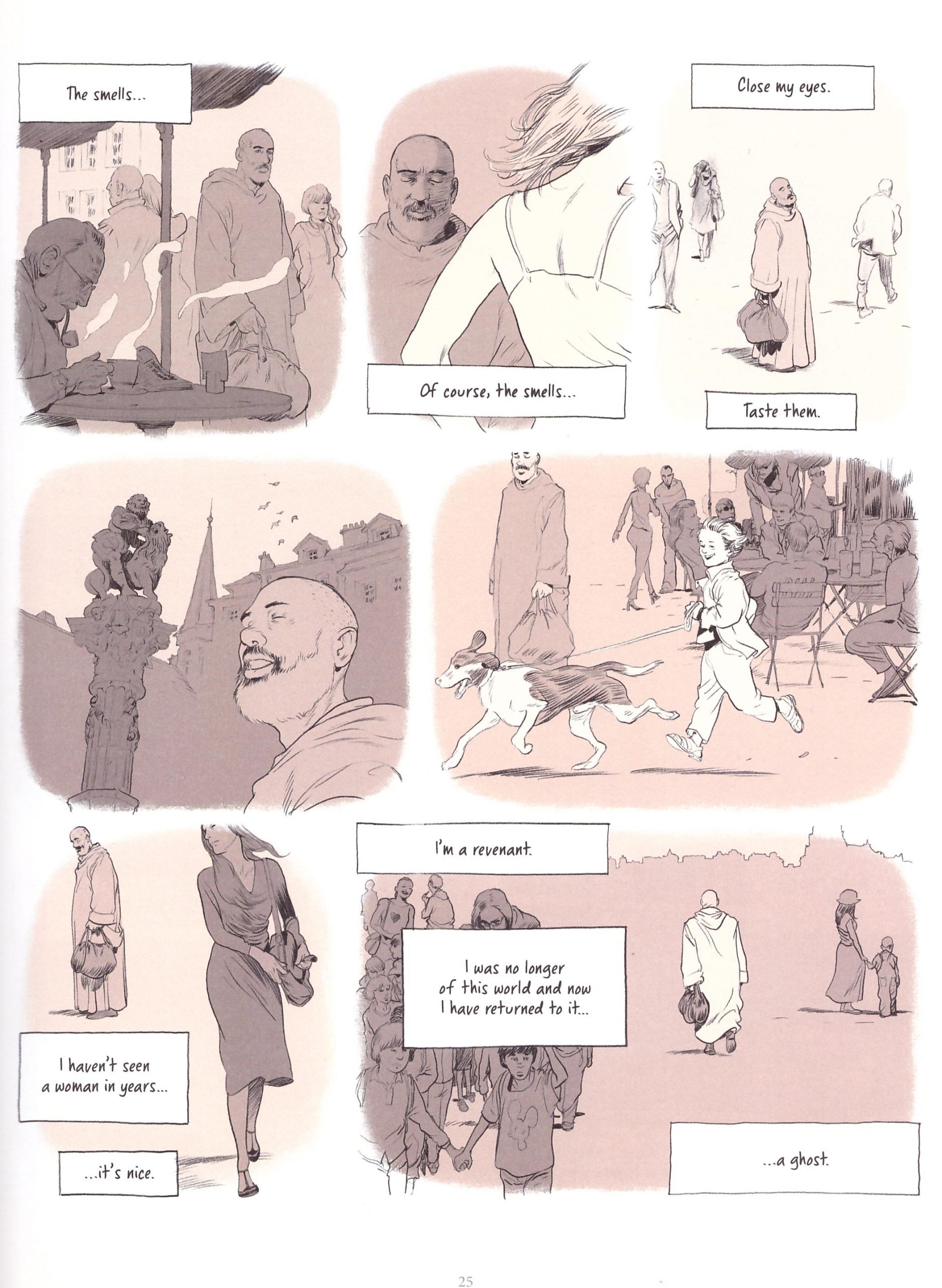 Marcus has been a monk for 25 years, choosing the Carthusian order and buying into their vows of silence. That can be broken once a week during a walk lasting several hours, and for singing hymns. He’s completely immersed in his life of solitude and reflection, but not beyond occasionally questioning aspects of it, and consequently the entire purpose of a life that’s seen the community dwindle to nine men in his time there. Having introduced us to Marcus’ repetitive existence, Zep drops the bombshell: the life he left behind hasn’t forgotten him, and after all those years he must face the world.

In re-entering the world for what he intends as a strictly limited two days, Marcus considers his past, what others believed him to be and what he would become. Inevitably, man plans and God laughs, so Marcus’ stay outside his monastery is prolonged and he’s gradually forced to consider the values he really holds true.

A Strange & Beautiful Sound is a quiet and reflective graphic novel with Zep first establishing the beauty surrounding the monastery and then contrasting it with what society at large has to offer. There’s no ridicule of a spirituality most would believe excessive, just a genuine questioning of what the best path is for an individual. He uses simple line artwork with little shading, but it’s expressive and revealing. Perhaps the lack of panel borders is intended to represent the life less enclosed, but it applies throughout, so if that interpretation is accepted, Zep considers the entire cast to have a greater freedom than they believe. Whenever the wistful evocation of a quieter life manifests in novels, it always prompts the consideration of how much the author is venting.

William remains relatively unknowable, and that lessens the overall credibility as there’s no foundation to his principles. Some greater definition of these would anchor the present more fully, yet it’s not a fatal flaw, just the step preventing A Strange & Beautiful Sound from being something greater than a very readable story. A pointless ending intended as poetic and providing the title does a little more harm. Otherwise this is enigmatic, poignant and haunting, a confrontation of belief and reality, yet a story almost told as a whisper.