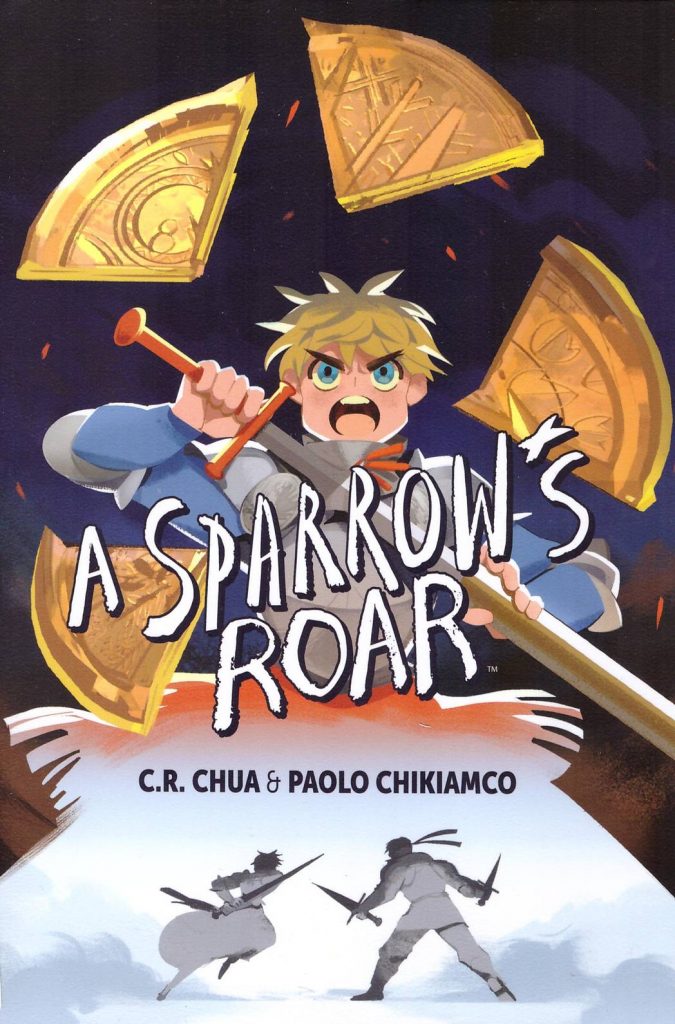 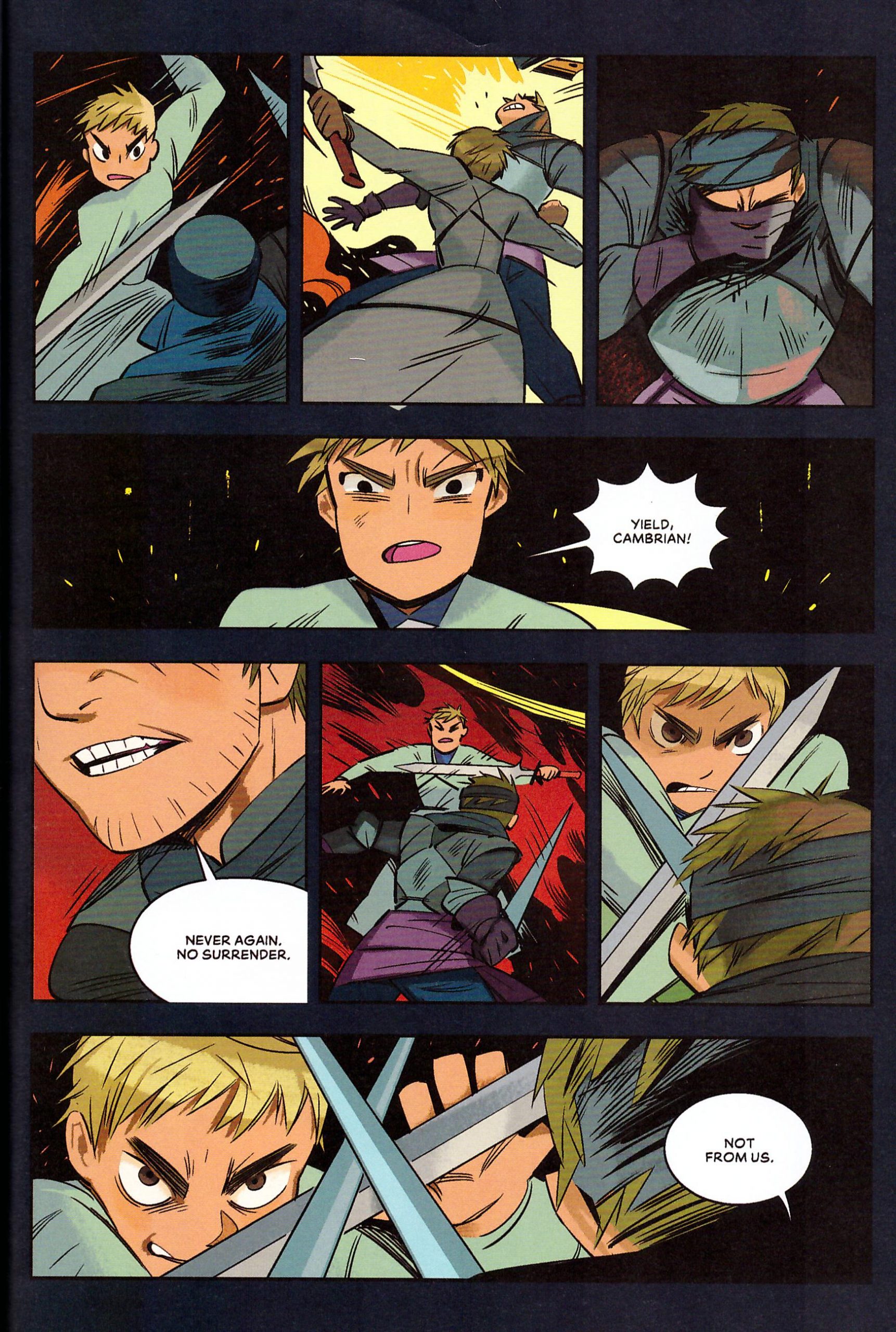 In this all-ages fantasy Unity is a state uniting four different communities, each with their own specialist contribution, but latterly Cambria, previously renowned as a place for learning, has fermented revolt. Their first attempt failed, but a second, sneakier attack has more devastating consequences. Bows, arrows and swords are the main tools of combat in a pre-industrial world. The title comes from a derisory emblem applied to the ancestors of one community banished from the main city, forced to identify themselves with badges of sparrows, representing cowardice.

C.R. Chua and Paolo Chikiamco construct a society requiring considerable explanation over their opening chapter, which is mixed among the celebrations for Captain Elena’s eighteenth birthday. Her younger sister Per is an enthusiastic cheerleader, adoring Elena, but wild and unable to focus when it comes to her combat studies. She’s the focus of A Sparrow’s Roar, having to accompany her sister’s friend Amelia to Cambria, and masquerade as Elena.

Despite Per’s perky character and the surprises generated by her continual unpredictability, it’s almost a third of the way through before Chua and Chikiamco lift A Sparrow’s Roar from standard fantasy. At the start they allocate too many pages to procedure, trappings and unnecessary glimpses into the past, and not enough to moving their plot forward. The holding pattern is only broken once Per is removed from her own community and sent on her diplomatic mission. Chua’s art doesn’t greatly help. It’s very manga influenced, so he’s strong on facial expression, but backgrounds are basic and storytelling sometimes unclear. There are also too many swordfights without enough variation to them.

Even once the story gets going it’s in fits and starts, and while the mistaken identities are a nice touch, and Per’s personality sparkles all the way, too much is ordinary. Perhaps younger readers who’ve not read much in the way of fantasy stories will be engaged, but there’s a lot of better places to begin. The recommendations for a start.