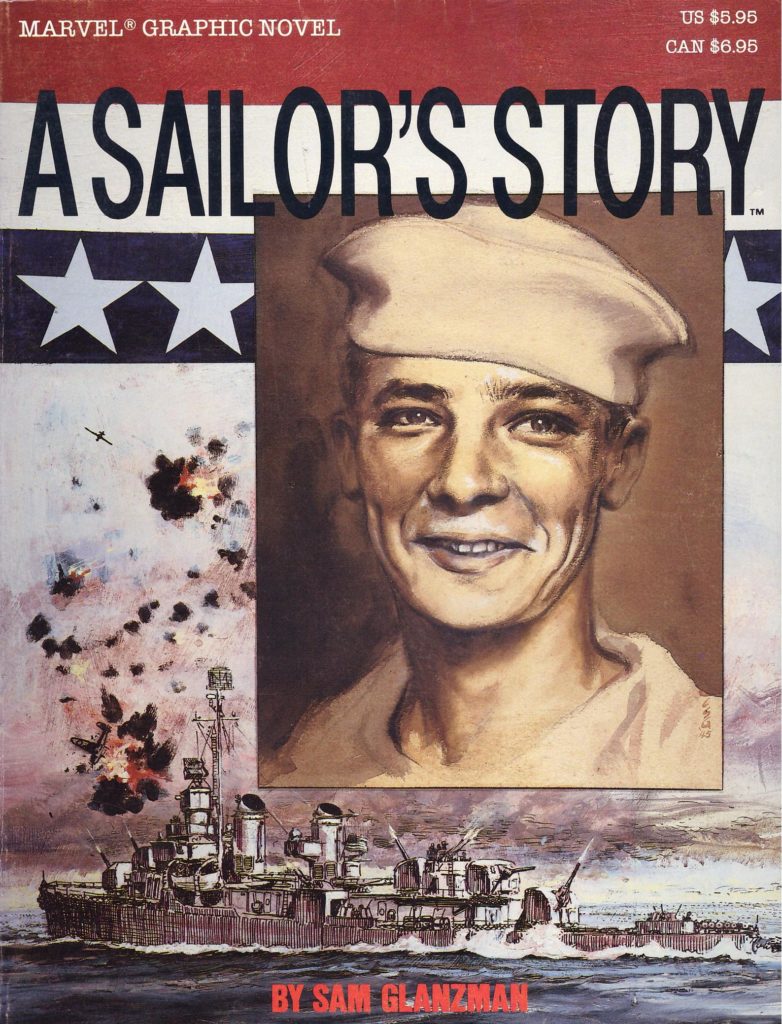 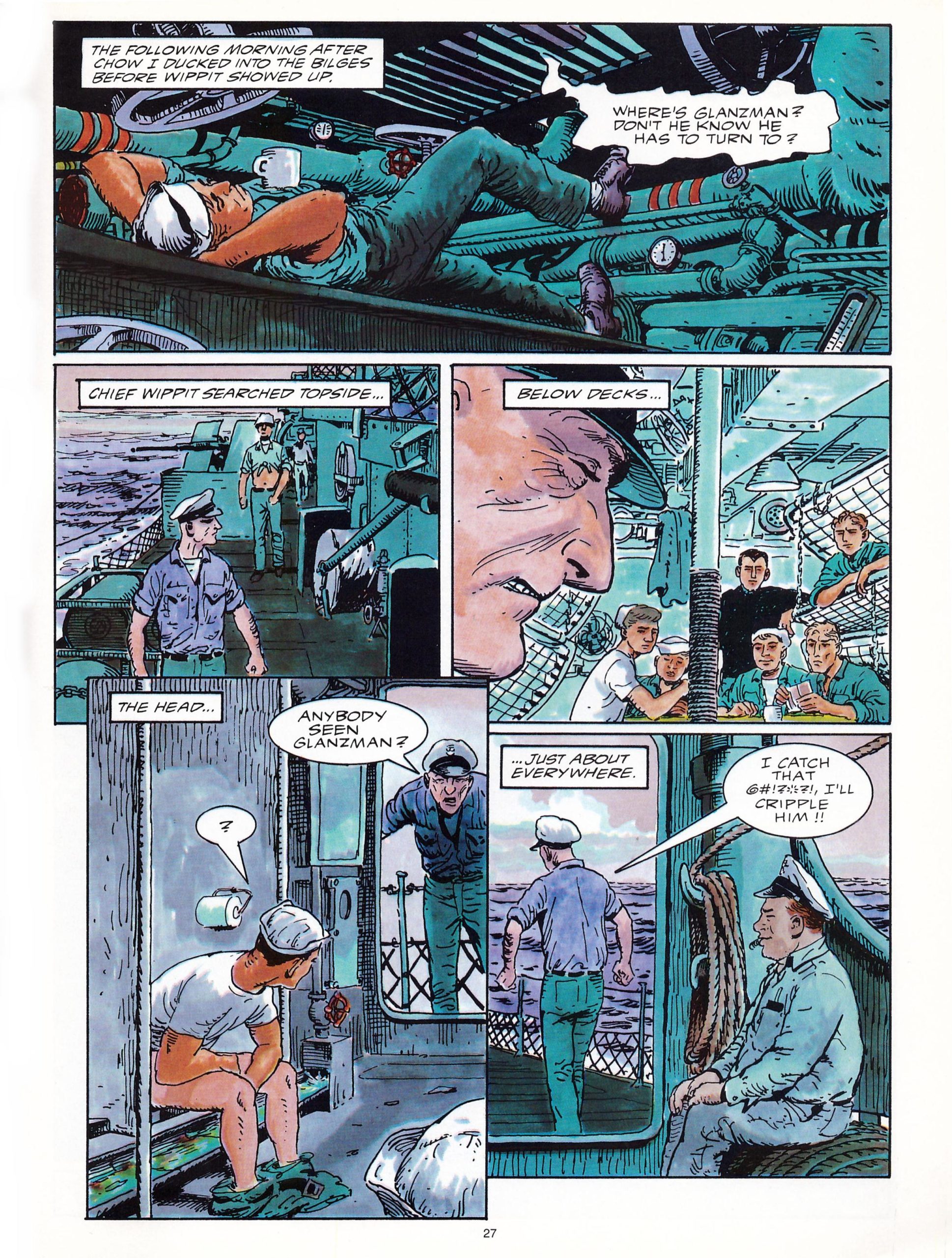 Like many other American comic professionals of his generation, Sam Glanzman saw action during World War II. Joe Kubert’s experiences surely informed the Sgt Rock material he edited and drew, while Jack Kirby produced a hyper-exaggerated version of his service in The Losers. More than either, though, Glanzman relived his naval years throughout his career. A series of short strips in 1970s war anthologies related some of his experiences on the U.S.S. Stevens, and the broad catholic church of Marvel’s 1980s graphic novel line found room for Glanzman to explore his naval career more extensively. It also enabled him to take a linear view rather than the anecdotes of his short stories. Glanzman made a few illustrated notes, some included here, but didn’t keep a war diary, his recollections prompted by obtaining a microfiche copy of the ship’s wartime record and destinations. He signed up at eighteen, and after six weeks of training, at his own request he was assigned to the destroyer in early 1943.

Glanzman is an artist much appreciated by other artists, yet little known beyond a selective audience, and his dedication to presenting the best possible version of his wartime experiences is apparent on every page. The complex internal fixtures and fittings of the U.S.S. Stevens are meticulously reproduced, sometimes as annotated diagrams, and there are lovingly remembered portrayals of old comrades. For all that, the pages are difficult to look at because Glanzman’s not great at spatial definition. A different approach to inking, greater use of shading, or employing the colour better to do the job might have helped, but on page after page it’s difficult to distinguish foreground from background. When that’s not an issue there are some spectacular pages, the ship trying to refuel in a typhoon for one.

In the four page contributions to DC’s war comics Glanzman’s recollections were generally about those he served with, pithy anecdotes, sometimes tragic, but A Sailor’s Story sticks almost exclusively to his own recollections, as if writing the war diary he never kept at the time. He’s modest and matter of fact in extensively recording what day to day life onboard a wartime destroyer was like, starting with a crash course in the terminology, but there’s little variation. Actual engagements such as shelling assignments are covered in a single panel, followed by much more about routine duties, which is no doubt what life on board was like. An occasional amusing diversion, such as the lengths required to take a drink of beer, punctuates the daily grind. Toward the end Glanzman notes that all combat is violent, and death is horrifying, so he’s omitted all such tales. Not glorifying horror is a decision that has to be respected, but the result is that without an interest in the workings of a ship this doesn’t make for compulsive reading. It’s only in the home stretch that an anecdote extends beyond a few panels in the telling. A Sailor’s Story would be better for less routine and more such tales.

A sequel followed in 1989, Winds, Dreams and Dragons, and they’re combined with a new U.S.S. Stevens story in the 2015 Dover Publications edition, also titled A Sailor’s Story. 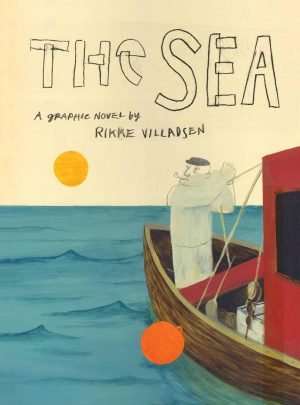