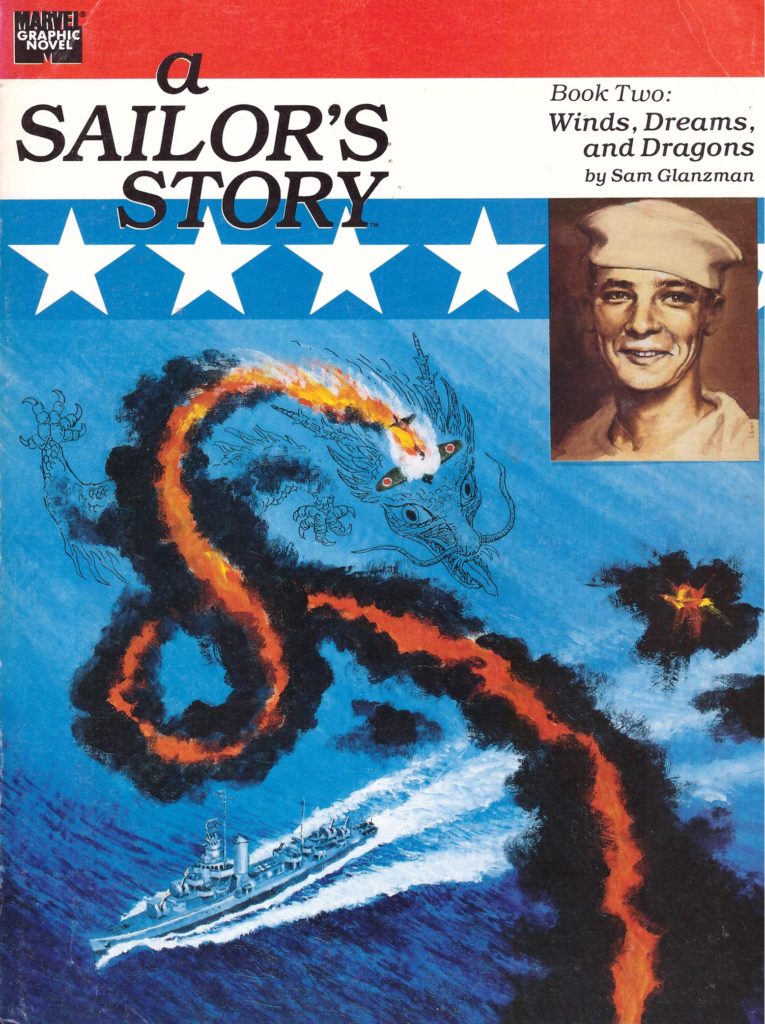 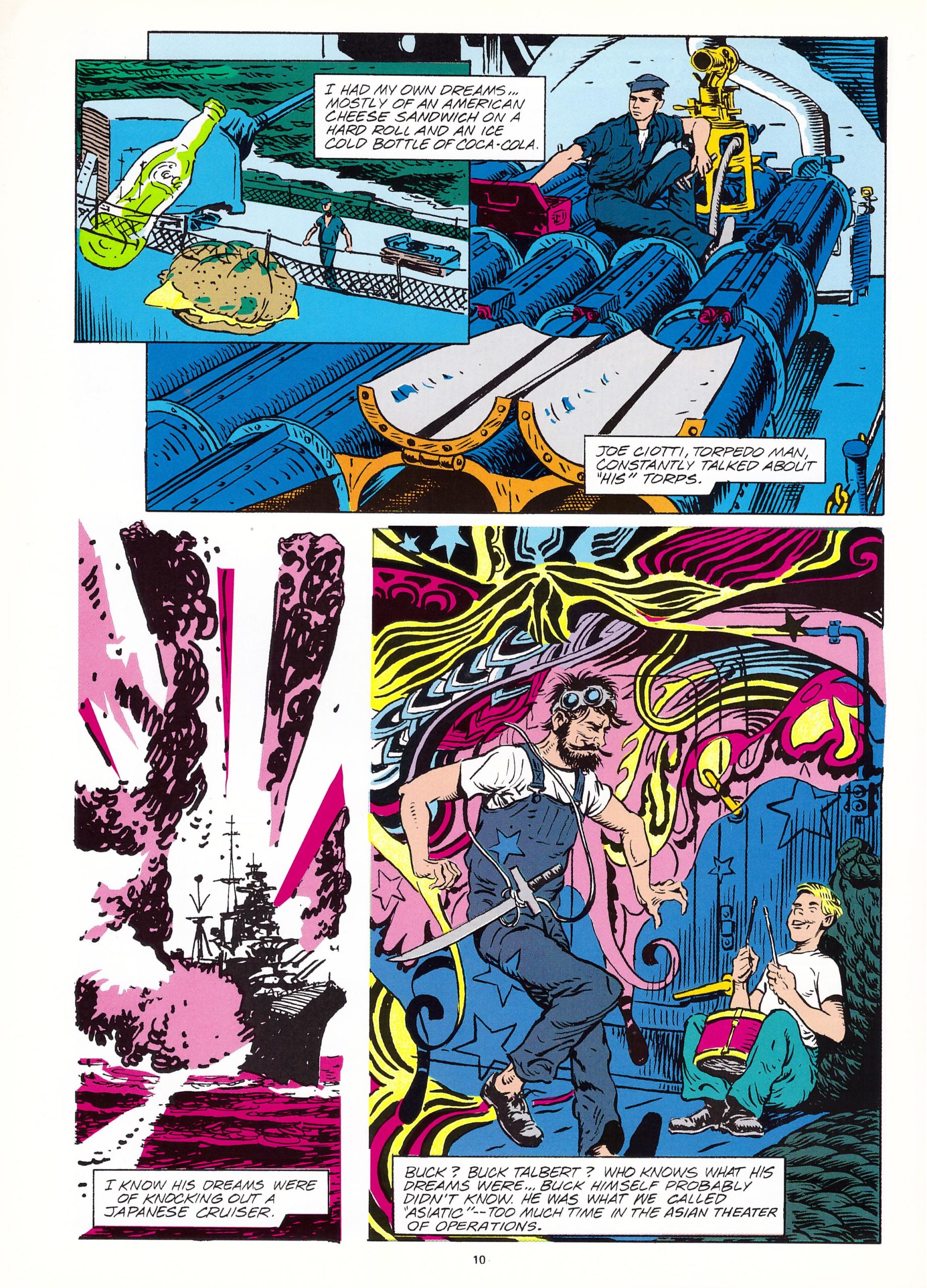 This second graphic novel of Sam Glazman’s World War II memoirs aboard the U.S.S. Stevens begins with a contradiction. He announced toward the end of A Sailor’s Story that as all combat was violent and death in combat was horrifying he wasn’t showing it, and that decision reduced his war experiences to recollections of dull routine. He changed his mind, as Winds, Dreams and Dragons opens with scenes of the destroyer being attacked by Japanese planes. This isn’t the presentation of war as entertainment, but honest memories of terrifying times, and Glanzman also shows the consequences.

Glanzman’s recollections are now tied to the U.S.S. Stevens’ course log over 1944 and 1945, just a list of destinations and duties where the matter of fact reduction conceals much, enabling Glanzman to expand. He also includes variations on some stories created for DC’s war comics in the 1970s. The memories of life on board this time concentrate less on routine and more on day to day incidents, and these have a greater resonance. Imagine being on board a boat and only occasionally receiving letters from home. Then imagine the disappointment of watching as the rare mailbag sunk during transportation. Glanzman details the little tricks and comforts making the on board tedium slightly more bearable, a heating element to warm coffee, and the sheer terror that punctuates the routine.

Winds, Dreams and Dragons has more of a scrapbook feel than its predecessor, Glanzman breaking down his material into explanations, diagrams and memories via the thread of the course log. He also varies the art, with lots of the precise small pictures of ships and planes that characterised his earlier war stories. In keeping with his feelings about the horrors of combat plenty also feature floating corpses among the boats, a constant reminder of consequences. He resorts to full and half page illustrations for the final pages recalling the damage that Japanese kamikaze bombers inflicted on US ships. It accumulates to a sense of Glanzman getting far more off his chest than in the previous book, where it could have been anyone explaining the workings of a ship’s fireroom. Some hurt is seeping out, and as tragic as that is, the greater sense of personal involvement makes this more interesting reading.

This is combined with the first graphic novel in a Dover Books edition also featuring ten pages of new material and plenty of testimonials, also titled A Sailor’s Story.