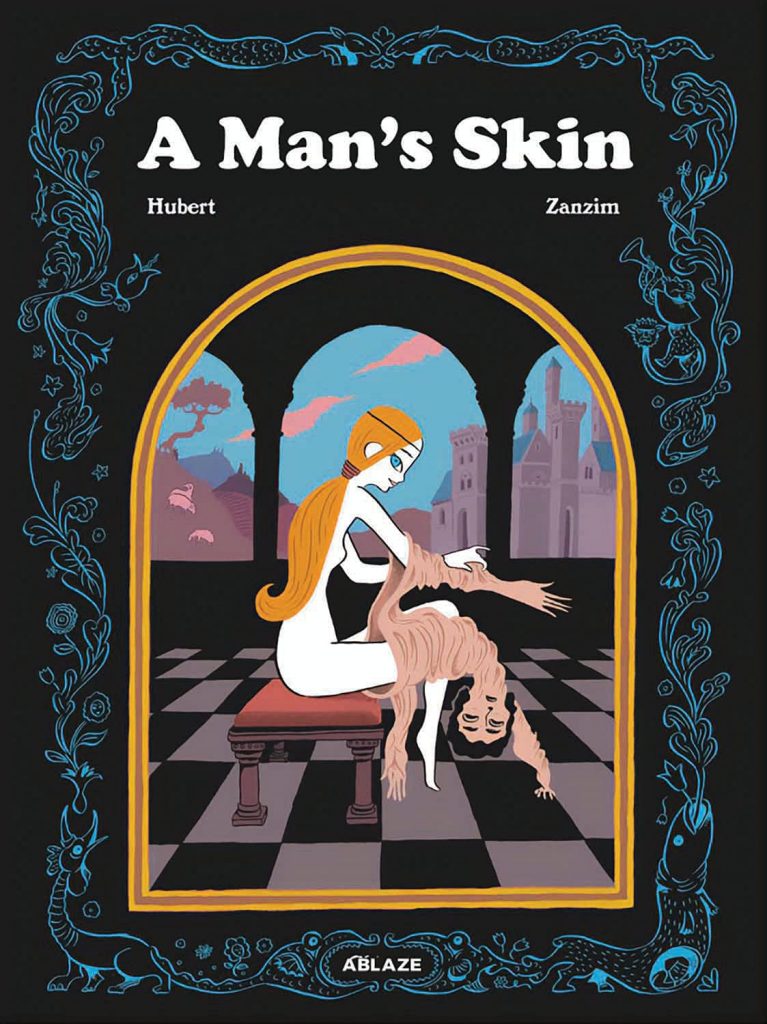 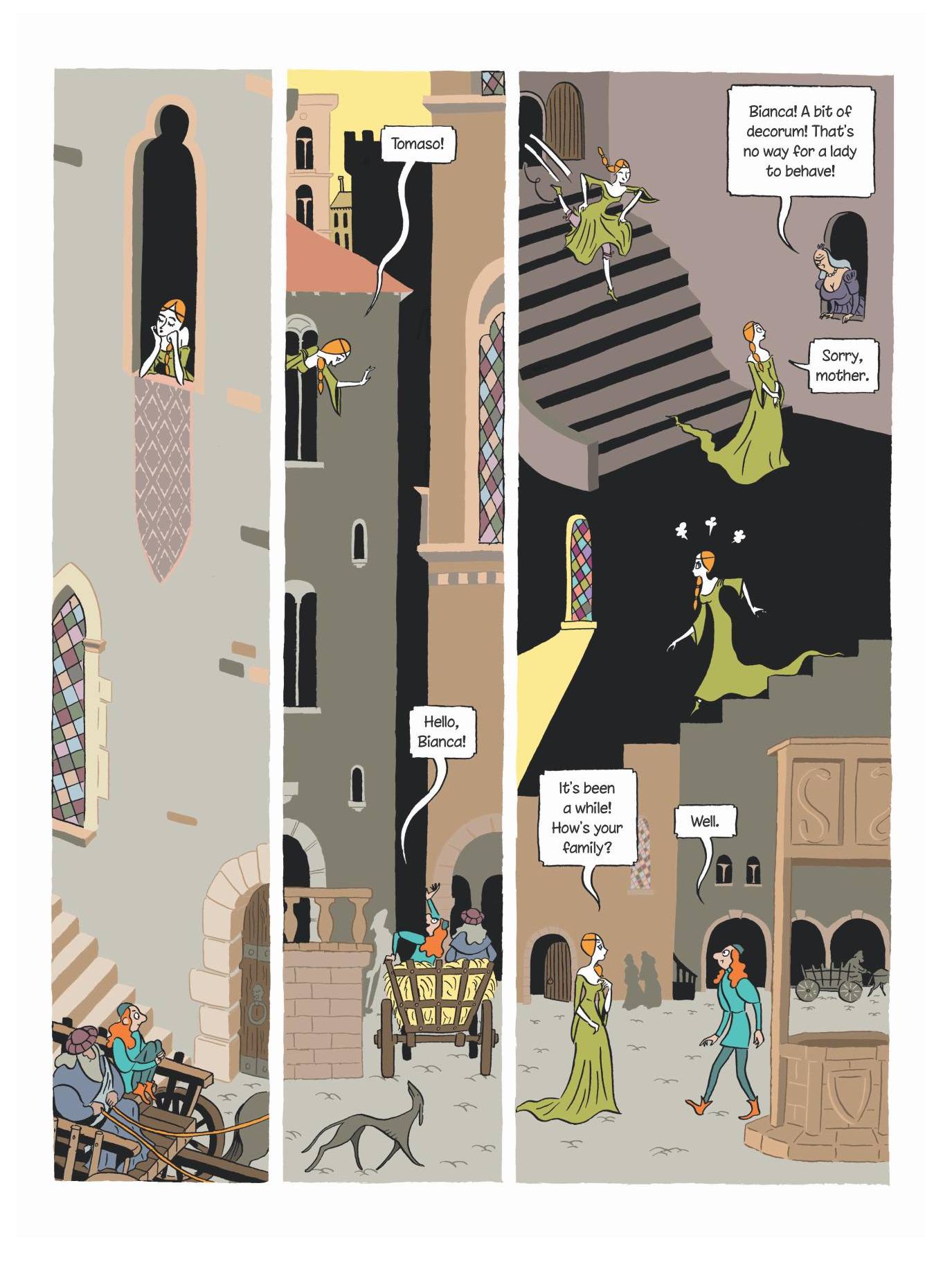 Bianca is a thinker a little too radical for her Renaissance era society, among her ideas being that it’s not unreasonable to get to know the man you’re pledged to a little before the marriage. It turns out there’s a solution to this. While most of her family are hidebound by tradition, her grandmother on her father’s side conceals a family secret. Hidden in a trunk, she has a man’s skin. Should Bianca choose to wear it, she can occasionally become Lorenzo, who last time he was out of his trunk broke many female hearts.

Despite Bianca’s disappointment resulting from an initial trip of discovery revealing the true character of her intended Giovanni, she is unable to resist further outings as Lorenzo, and gradually discovers that her first impression may have been wrong.

Hubert (Boulard) takes a simple premise and from it weaves a gender-blending fantasy that’s both funny and educational, with some salient points to make. The period setting displays truths believed at the time that will now seem preposterous. That, of course, is a way of highlighting some equally curious notions widely believed today, yet equally daft if given any thought, and deeper into A Man’s Skin there are some inescapable comparisons with some of today’s religious views as the story takes a disturbing turn. Sugar-coating the ideas to some extent is Zanzim’s art. Frédéric Leutelier by birth, Zanzim has a glorious light touch sense of cartooning and he loves a scene with multiple versions of a character. Long before we come to know her properly, Bianca has come to life via the glances and posture Zanzim supplies for her.

The delight of the plot is that Bianca has achieved what she wished for, but the Giovanni she came to know as Lorenzo has no interest in her as she actually is. There’s possibly a way of rectifying that, but it will take some guile and planning on Bianca’s part as A Man’s Skin develops into something like an 18th century comedy play with a full complement of costumes and misunderstandings. The big complication is Bianca’s brother Angelo, sent away to theological school and now a puritan zealot, but Hubert’s inventive enough to conceive several others.

Empowering, liberating and supplying page after page of common sense, A Man’s Skin is a constantly surprising graphic novel, and you may even find yourself wanting to consider the discussion guide in the back. 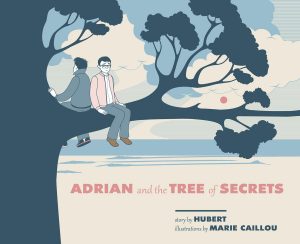