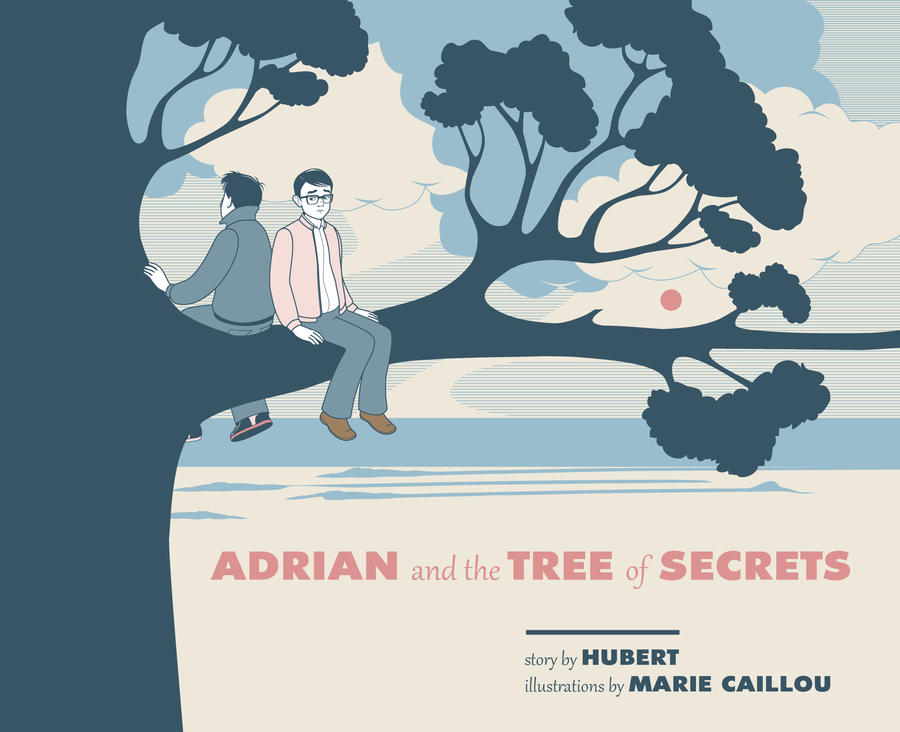 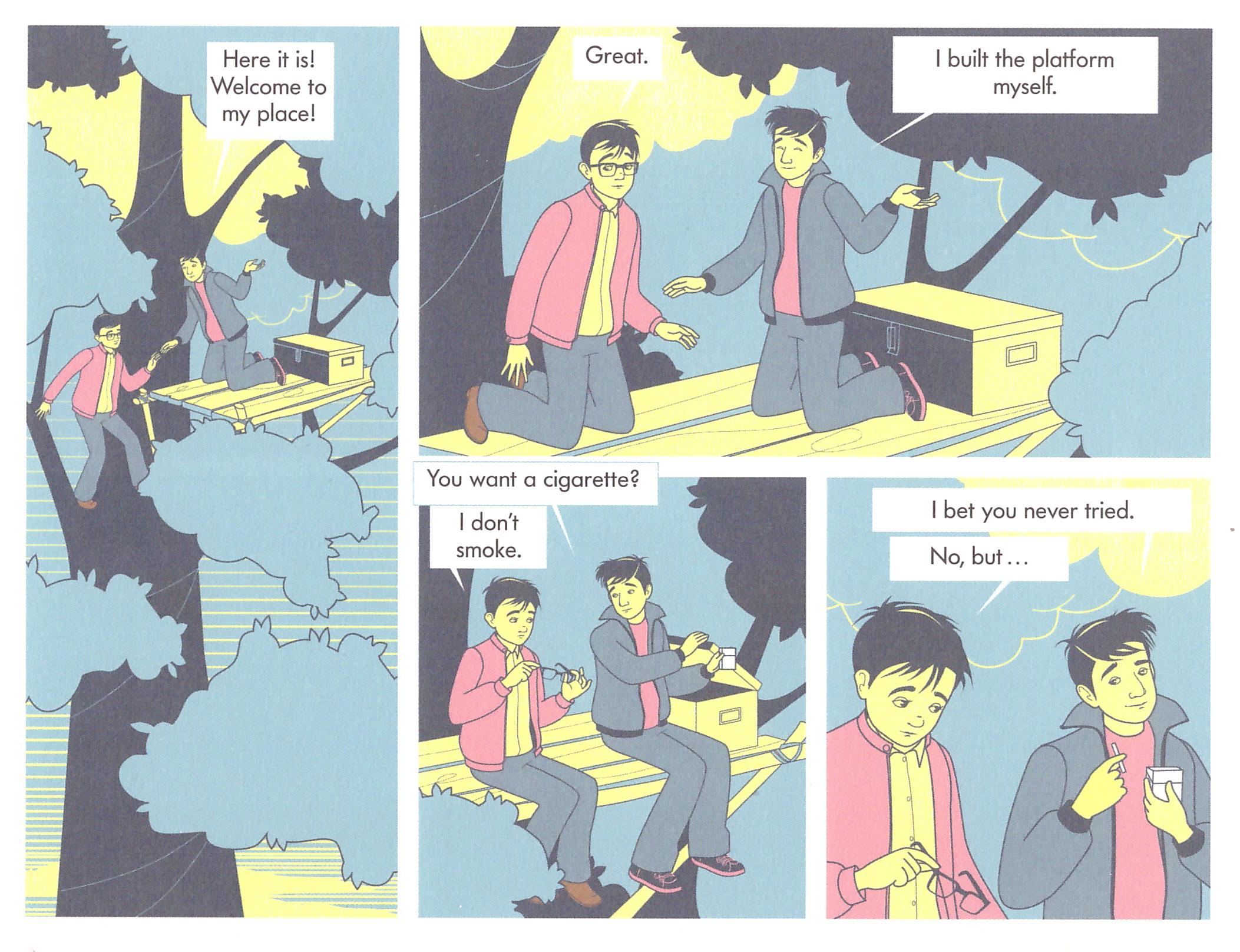 In his young teenage years Adrian already knows he doesn’t fit in, dressing anonymously so as not to draw attention to himself at the Catholic school he attends. Like so many schools, it cultivates an environment where physicality is admired, and the lack of compassion for anyone not aspiring to the definition of manliness borders on bullying. There’s little sympathy at home where his mother has forgotten her own teenage rebellion and now broadly supports the snobbery and social regulations of their small community. Adrian represses his rage at the conformity, but at least his Aunt recognises the straightjacket being imposed, and does her best to help.

Hubert Boulard’s bibliography is extensive, but Adrian and the Tree of Secrets isn’t his best work, with the qualification that David Homel’s translation may not be doing him any favours in terms of dialogue. Adrian is a sympathetic character, and his story unfortunately represents the school experiences of many gay teenagers, but the points made are hammered home so relentlessly and extensively that it becomes tiresome and oppressive. It may be intended as a deliberate echo of Adrian’s feeling of oppression, but if so the device works against the narrative. Beyond that, none of the cast other than Adrian himself are developed beyond a single dimension, so the dialogue all too often comes across as preaching at the reader. A key scene with Adrian and Jeremy, one of the school’s popular kids, is scripted to read more as an indication of possible shared experience for the reader than the way anyone would talk. Even accepting this is aimed at a young adult audience, the dumbing down is extensive.

The saving grace is Marie Caillou’s delicate art. A fine line combined with simple flat colours provides pages of real appeal, and she makes effective use of shade and silhouettes. She’s excellent with the visual cues so necessary to presenting what Adrian’s going through, and of conveying the isolation he feels. There is the occasional panel where the movement is stiffer than intended, but each of those is weighed against dozens with beauty and emotional strength.

Adrian and the Tree of Secrets is an accurate reflection of small towns where religion and conformity are paramount, and just the type of book they won’t have in their school library, but not as effective as it ought to be.