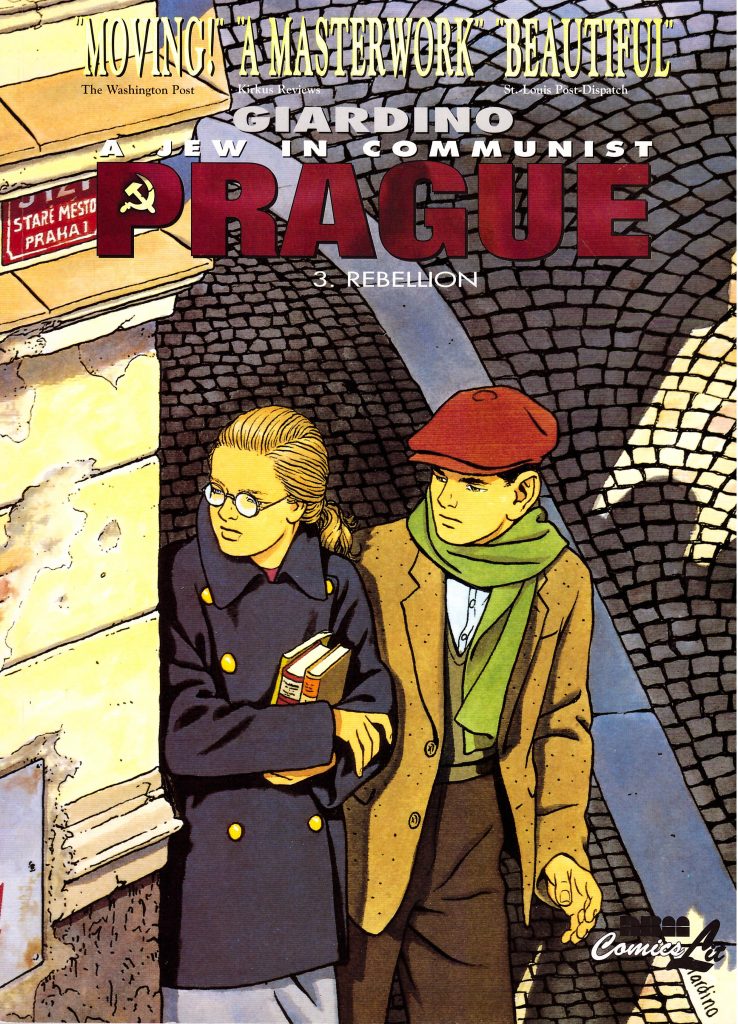 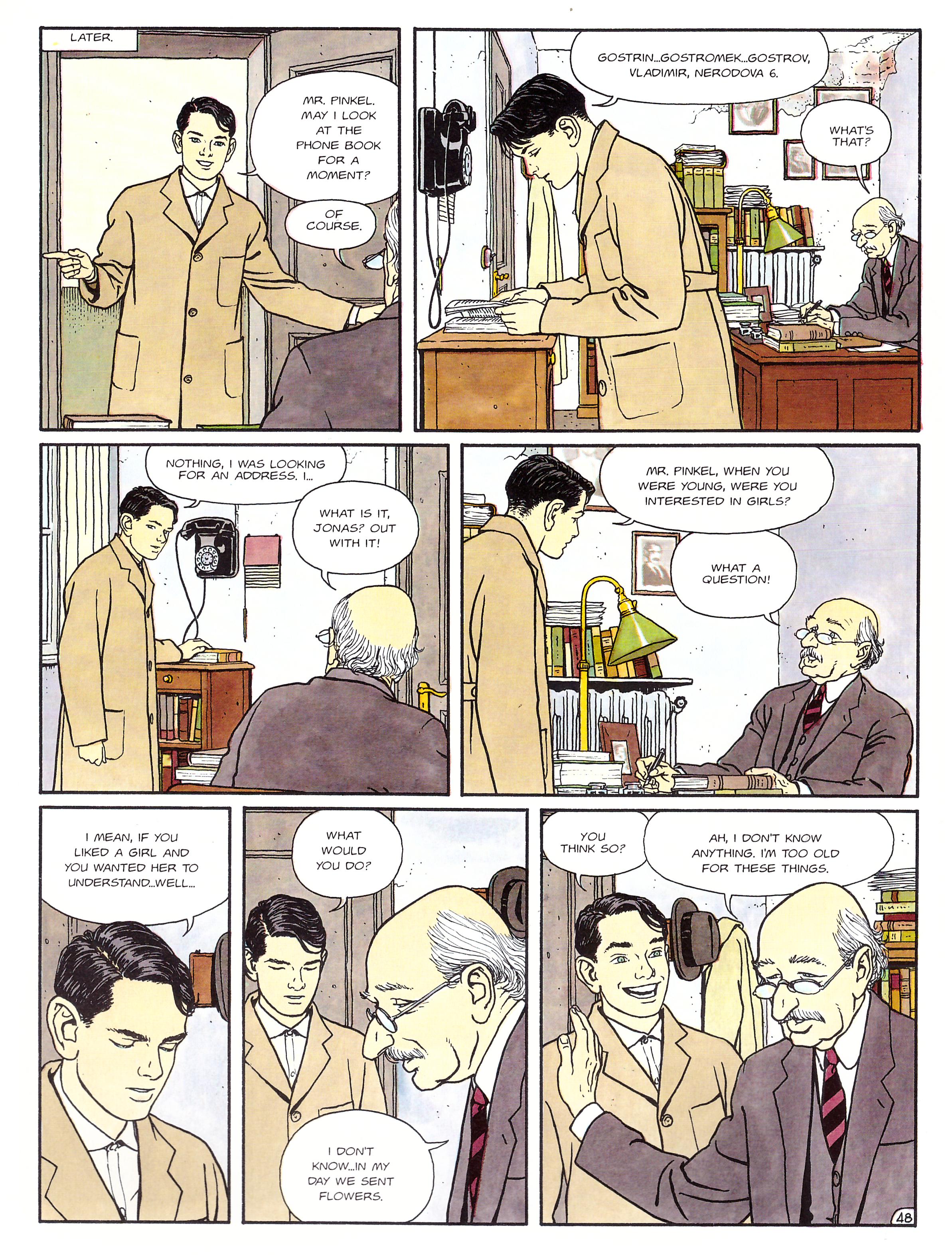 By this third volume of A Jew in Communist Prague, Jonas Fink is on the cusp of adulthood in the late 1950s, although his experience of having worked since the age of thirteen when the state stopped his education has accelerated the process. The narrative picks up almost immediately after the conclusion to Adolescence, with Jonas making his peace with the underground literary club he’d been so irritated by. Among the participants is Tatiana, his first real love.

In the previous books the anti-semetic persecution endured by Jonas was of a blunt and obvious variety, but its manifestation by Vittorio Giardino here is altogether more subtle. That his father has been imprisoned, however trumped-up the mysterious charges may be, renders Jonas a pariah for anyone with ambitions of maintaining their own unblemished status. Although he’s experienced taint by association, it’s not really hit home for Jonas, and does here.

Giardino’s remarkably neat and precise illustration is understated in a manner reflecting his text. When on a couple of pages he has characters running, the accelerated pace is a surprise, although they’re drawn with the grace identifying the remainder of the art. Having chosen not to apply shading for depth, Giardino adds this via colour, which is flat, yet more than functional despite being from an era before computer wizardry.

Rebellion appears to be a strange conclusion. It elevates the inspirational power of a good writing, has a structure, and a greater infusion of tension reflecting the title, but the ending itself is vague and unsatisfying, while remaining true to life. Jonas has two distinct purposes, personal arrangements to maintain a relationship with Tatiana, and a work related mission revealed later.

There’s inevitable renewed disappointment, and we’re left uncertain whether Jonas’ father is eventually punished further for the suspicion of Jonas’ activities or random persecution. Giardino has relied on a naturalistic style, as far as possible avoiding sensationalism in order to underline the terror of everyday life in 1950s Prague, and while it’s struck the ideal tone until the final pages, fiction surely requires a tidy ending. That arrives, but it would take twenty years for Giardino to complete Jonas’ story, and the true conclusion set in the Czech revolution of 1968 was only issued in Europe early in 2018, over twenty years since the publication of Rebellion. Most of what there is here is a master at work, so don’t be put off by the ending and wait for the real conclusion to be translated.