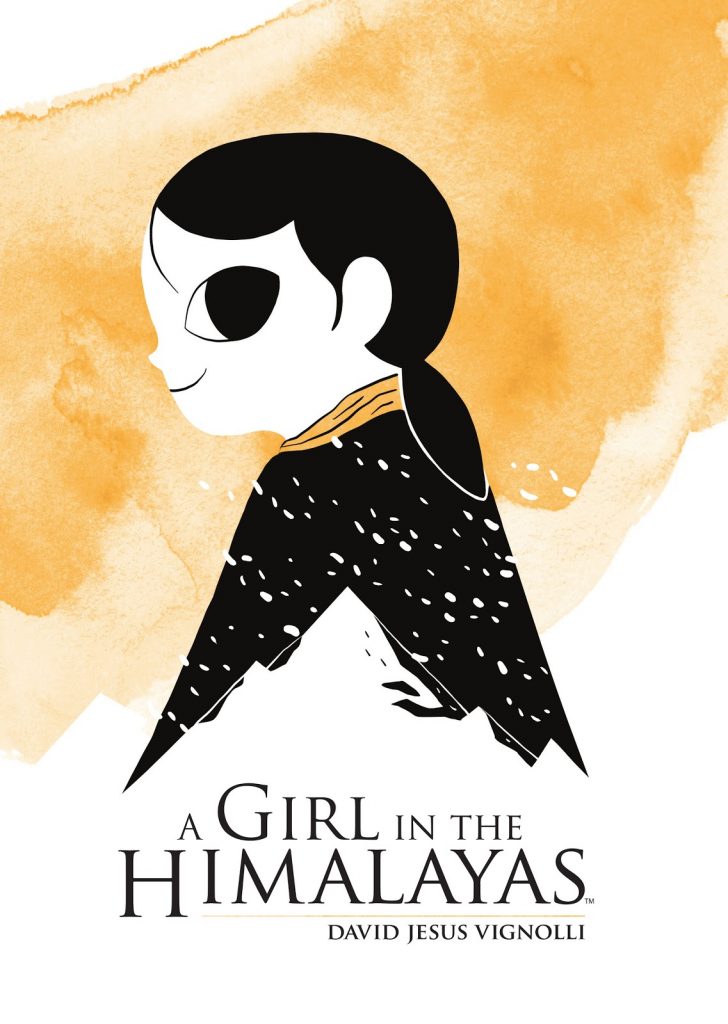 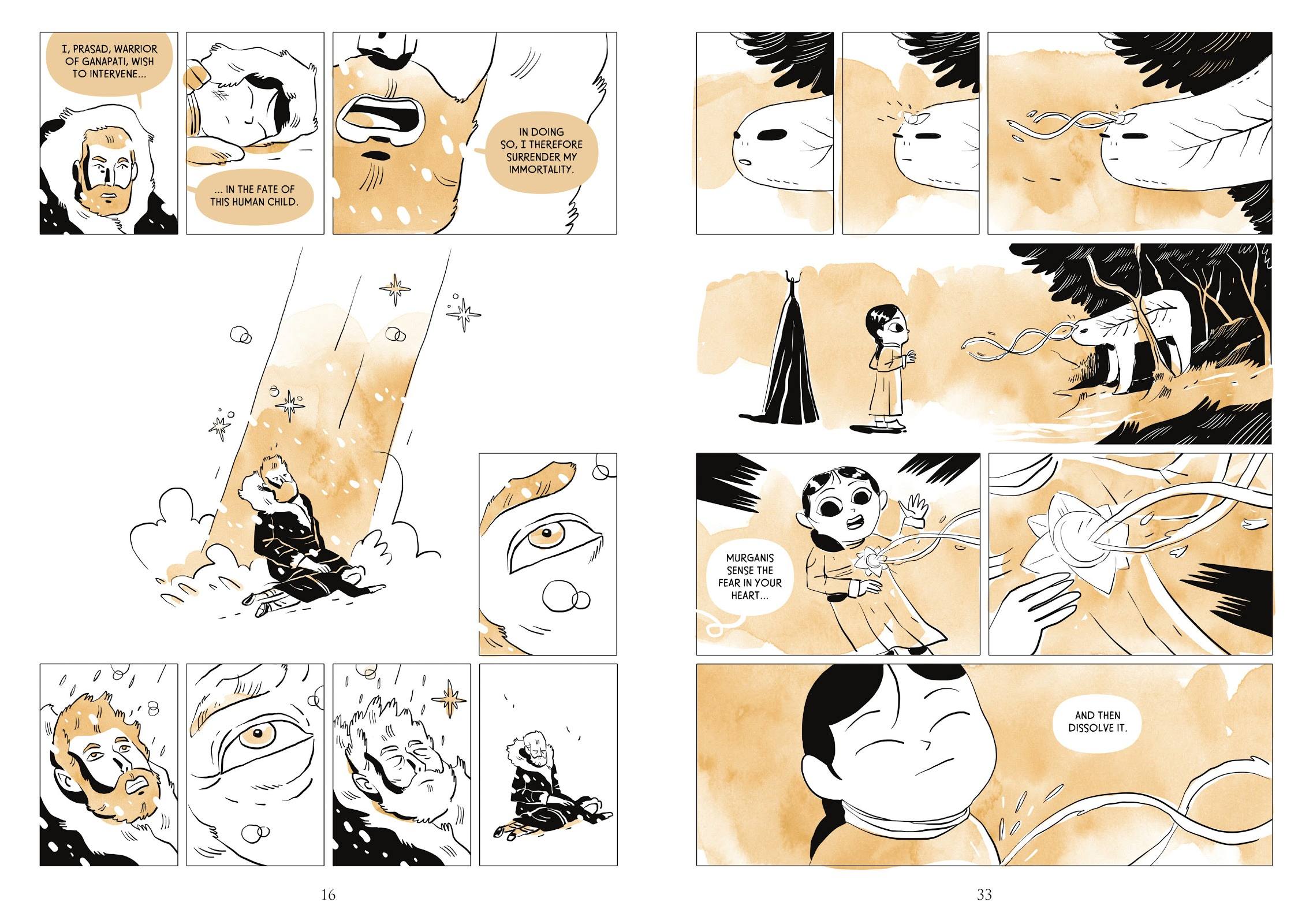 There’s an immediate feeling of the fairy tale about A Girl in the Himalayas, as seen on the sample art. Prasad is one of two immortals tasked with guarding a sanctuary, yet arbitrarily their immortality is sacrificed should they choose to intervene in mortal life. In this case the pictured infant girl has just lost her parents in a fire, and has collapsed in the snow. David Jesus Vignolli continues in that imaginative way, introducing Vijaya to the sanctuary while explaining about souls of the dead, Earth elementals and other mystical creatures.

Despite mentioning threats, there’s a cultivated sense of joy and serenity as Vijaya explores her new surroundings in the company of Prasad’s fellow guardian Vasu. As she becomes used to her new world she co-opts the strange creatures as playmates, and Vignolli keeps the world-expanding images coming in his simple style. When it’s decided that Vijaya needs a tutor she arrives like a mystical Mary Poppins, flying in seated on a swing transported by several small flying creatures pulling each end of the rope straight. There’s more magic as we learn the purpose of the sanctuary, Vignolli touring us around locations and teaching us history along with Vijaya, stressing that humans making poor choices and unable to control themselves are to be feared.

Vignolli keeps the art simple, using stark black and white images coloured with a pinky/orange watercolour wash for emphasis and depth. The moments of Vijaya enjoying her surroundings would indicate a book aimed at a young audience, but that’s not Vignolli’s intention as his vocabulary and concepts would fly over their heads. It leaves A Girl in the Himalayas in a nowhere land, as perhaps it looks too much like an all-ages graphic novel to attract older readers willing to absorb themselves in Vignolli’s spiritual and meandering tale.

Eventually humans do arrive, the worst of our species, able to appreciate beauty only in the context of it being an opportunity to turn a profit. Despite that, a message of hope prevails and reinforces the notion of preserving what we have as a species and appreciating it more than we do. It’s allegory of greater subtlety than usual found in graphic novels, and for a first outing Vignolli has produced something memorable.