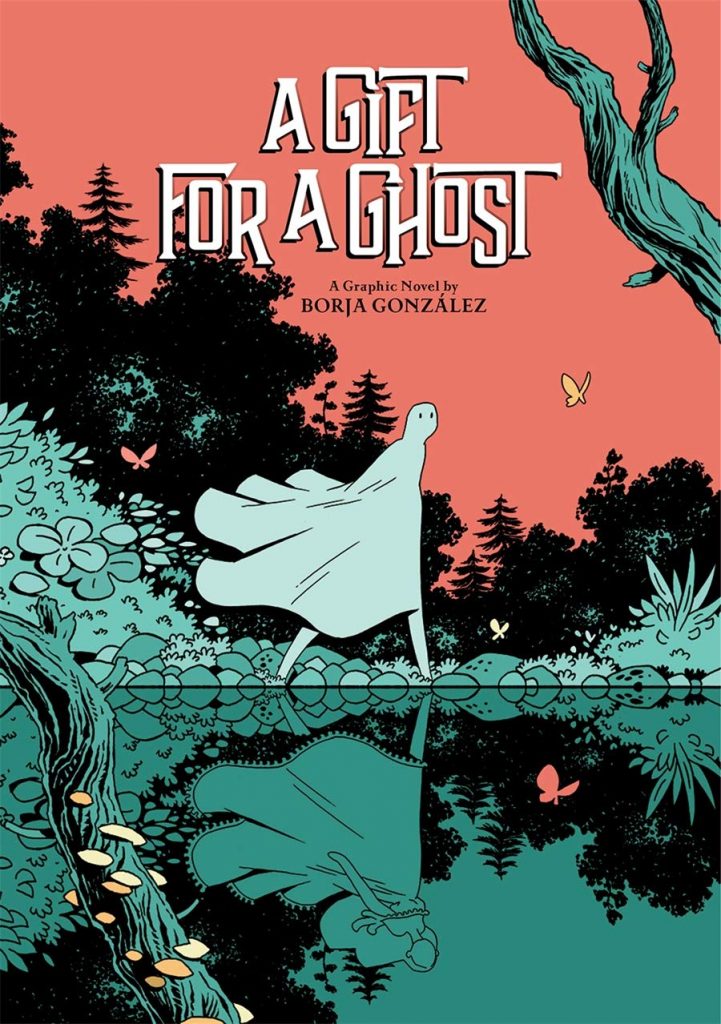 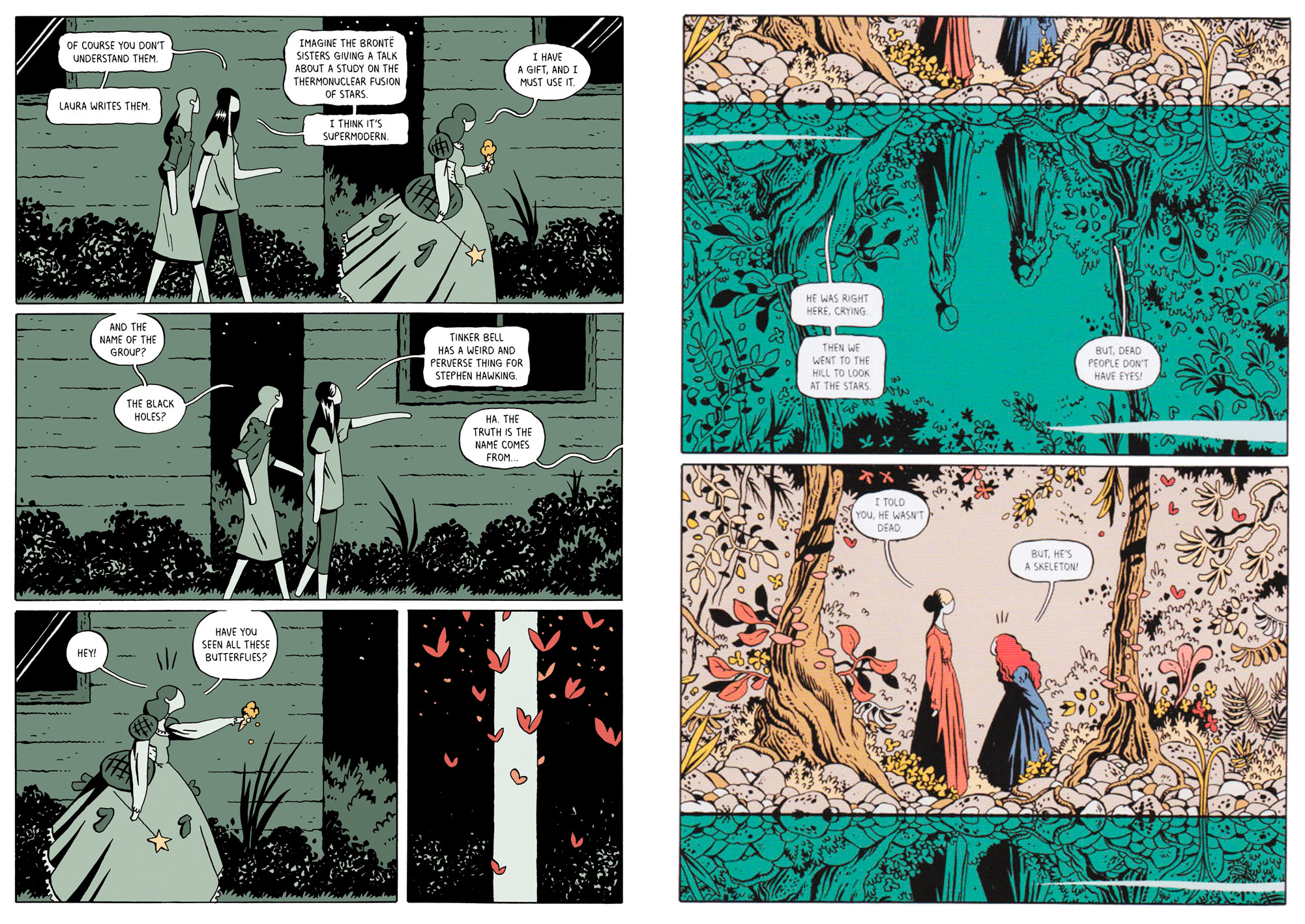 A mystery story, a fantasy story, a slice-of-life story, a coming-of-age story, a period drama: A Gift for a Ghost is all these things jumbled up continually to turn you into a literary detective sifting through scenes for clues. Borja González uses a lot of black ink to design his pages, with stillness and watchfulness creating an atmosphere heavy with anticipation. Seven girls feature, three in 2016 and four in 1856. His young protagonists are all struggling with their potential futures. What are they going to be and how are their lives going to unfold?

The 19th century Teresa is a proto-goth, her head filled with ideas for poems about vampires, ghosts and flames, rather than becoming the ideal wife for the son of another aristocratic family. 21st century girls Gloria, Laura, and Cristina, have a few musical instruments and decide they want to start a punk band. They call themselves The Black Holes, but making songs takes second place to hanging out, dressing up and deciding who plays what. As they experiment with different ways of expressing themselves, trying on ideas, outfits and personas that might take them where they want to go, the girls from two different eras cross paths.

A Gift for a Ghost begins in 1896. In a grove of trees by a lake, Teresa encounters a skeletal figure crying by a small lake. “Are you dead?” she asks. “Well, the truth is, I don’t know,” the figure replies. They have a little conversation and then the skeleton says “Hey, I really like your costume.” “Costume? What costume?” says Teresa. But the figure has vanished. The disjointed, ambiguous conversation, the beautifully observed moody landscapes and the mix of Regency with mundane modernity through a gothic filter has a lot in common with the work of Mike Mignola. But rather than Jack Kirby and Frank Frazetta’s muscular monsters, the underlying sensibility in these shadowy spaces is Sofia Coppola’s atemporal film Marie Antoinette and her equally dreamy and oblique The Virgin Suicides.

González draws all characters without eyes, noses or mouths and with simplified, exaggerated bodies. It’s a striking visual effect that helps to create elegantly dramatic compositions. It also makes it very difficult at first to tell one character from another or distinguish just how the time periods overlap, especially as one of the modern girls loves dressing up in outré costumes from any year that appeals to her. The blank faces could be a very annoying effect, forcing you to infer everything from body language, dialogue and distinctive colour cues, but they create the strangeness and dislocation in settings that would otherwise feel very typical. The real trick is that there isn’t much of a trick to this mystery at all. The pieces fall into place by the last page, but if not, a second read-through will reveal how cleverly and simply this story works. 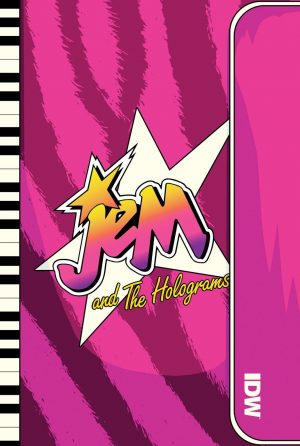