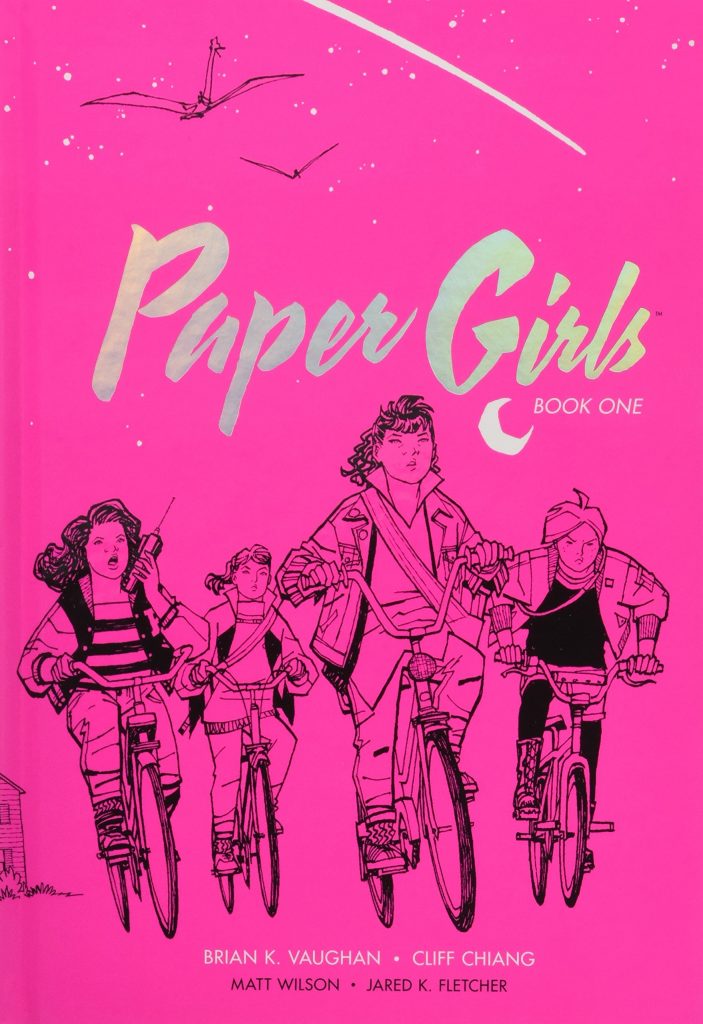 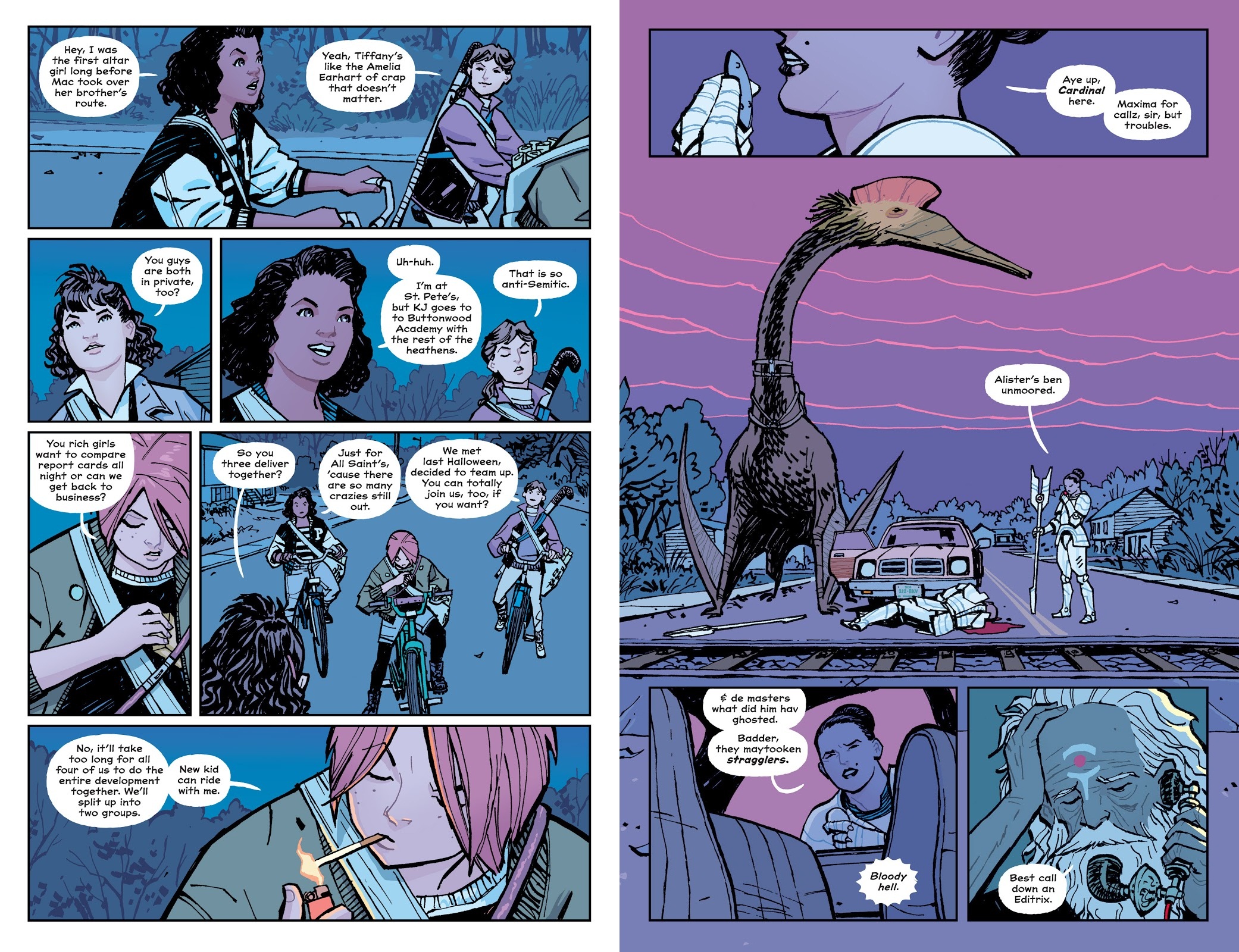 This oversized hardcover combines what was previously issued in paperback as volumes one and two. Explaining what the story becomes requires a spoiler, so if you’d prefer not to know, follow the link to volume one for a review that doesn’t give anything away.

Unusually for a Brian K. Vaughan project, Paper Girls features a faltering start. The premise hooks instantly once revealed, but the characterisation is very much in broad strokes only. The opening introduces four paper girls on their early morning delivery round in 1988. It’s certainly not applicable to the series as a whole, but over the first five chapters Erin, KJ, Mac and Tiffany never transmit as more than, respectively, the innocent kid, the Jewish kid, the tough kid, and the Afro-American kid. By the end of this combined collection, however, we’ve come to know them considerably better, not least because we’re beginning to visit alternate versions of them. In 1988 they activate a strange device, and when they emerge from the house in which they found it, it’s into a strange new world, a future of 2016, but not as we know it. Considerably not as we know it. As is always the case, crisis reveals character, and Vaughan has the cast step away from our broad assumptions about them. A delight of the series is how the approximately fourteen year old girls are confronted with what they may become, the certainty of what they are, and challenges that consistently test their capabilities.

It’s a concept that wouldn’t transmit anywhere near as strongly without the intuitive emotional strength artist Cliff Chaing supplies. He’s great at characterising the girls without exaggerating their reactions in the traditional comics way, and portrays them as believable teenagers instead of scaled down adults. Equally important is the adaptability needed to supply the fantastic elements, and his designs for these are memorable, people, creatures and devices. Colourist Matt Wilson also plays a large part in creating the mood by restricting the colours to a limited selection, and the increased page size displays how well the pair work together. Early on there’s a scene of an empty suburban street just before dawn, entirely coloured in dusky blue, apart from the pale orange light shining from an open garage door. It’s simple, but also memorable. To Provide credite where due, part of what makes Chiang look good is Vaughan having a visual imagination, ensuring there’s always going to be something interesting to draw.

In the opening chapters Vaughan has fun recreating the era of his own teenage years, tossing in plenty of playful late 1980s references, although at times there is a tick box quality about this, but it’s because later he’ll not be able to include them in the same way. By the end of this collection you’ll surely be captivated by both concept and cast, and pleased to know there’s a Book Two also available.

Categorising Paper Girls as a young adult title, but noting adult content is due to frequent potty mouths. It’s nothing most young teenagers won’t hear at school on a daily basis.