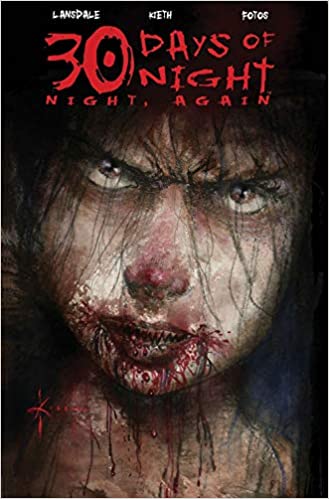 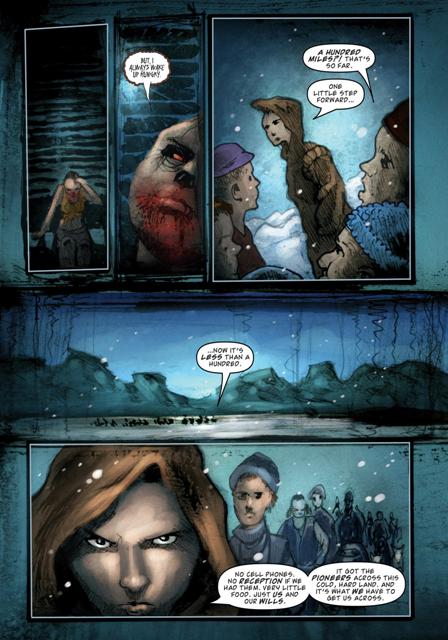 In 1943 a Nazi U-boat fires an oversized torpedo into an iceberg in the Arctic Circle. 62 years later a group of climate change scientists find the torpedo in the melting ice, opening it as refugees from the latest vampire attack on Barrow arrive at their base. Now they are all trapped between the monsters hunting the Barrow survivors and whatever the Nazis thought dangerous enough to bury under ice far away from mankind.

By the time writer Joe R. Lansdale and artist Sam Kieth produced 30 Days of Night: Night, Again the franchise had been considerably well mined. Both are award-winning creators well experienced in the horror genre, so it would make sense that their talents could revive the series with something great. They don’t. Lansdale’s story is derivative, very similar to a plot 30 Days creator Steve Niles used in Criminal Macabre. It’s a mishmash of gory survival thrillers and mythology with a dash of science fiction. The influences are obvious, although to list them would be spoiling. Lansdale does pace the revelations over the course of the book. Elements of the plot are confusing, clashing with the parameters set by Niles way back in the original trilogy, and attempts to develop characters that empower the story result in the reader having little sympathy for them. The original trilogy succeeds because the story is driven by the psychological horror of being caught in a situation where your worst nightmares come true and you cannot escape. It is simple genius, but Lansdale over-complicates it by mixing in too many elements from other genres and inserting tropes long past their effectiveness.

When it comes to the art Kieth can produce some terrific landscapes, emphasising a moment of danger effectively, though his style is minimalist. In those moments his skill is obvious, but he makes some puzzling artistic choices. He’ll suddenly switch from the art featured in the sample page to a more minimalist scratchy cartoon style as the book progresses. At one point he illustrates a flashback of truly horrific events in a style like children’s art! Yes the scenario is incredibly disturbing, but this is a horror story. It’s meant to be disturbing! Why reduce the impact so dramatically if most of the story already features gratuitous dismemberment and disembowelling? That said colourist Fotos does very well in keeping an air of tension despite inconsistencies with the artwork.

The result is that Night, Again is disappointing and plagued by curious decisions. Kieth would return to the series later with Steve Niles writing and be much improved. As far as this book is concerned the advice is to save your money unless you are an avid 30 Days of Night collector and you simply must have every volume on your shelf. 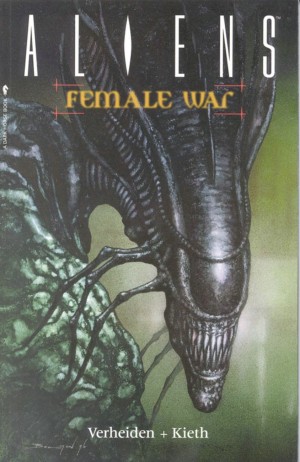 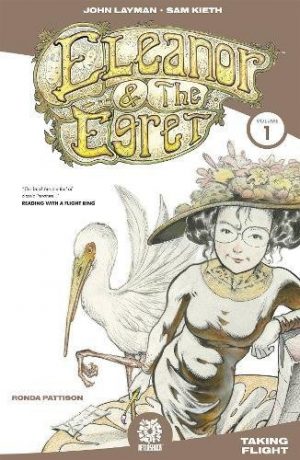