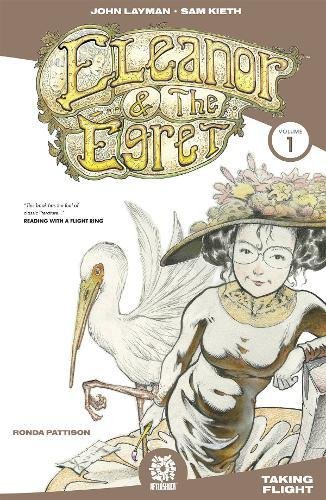 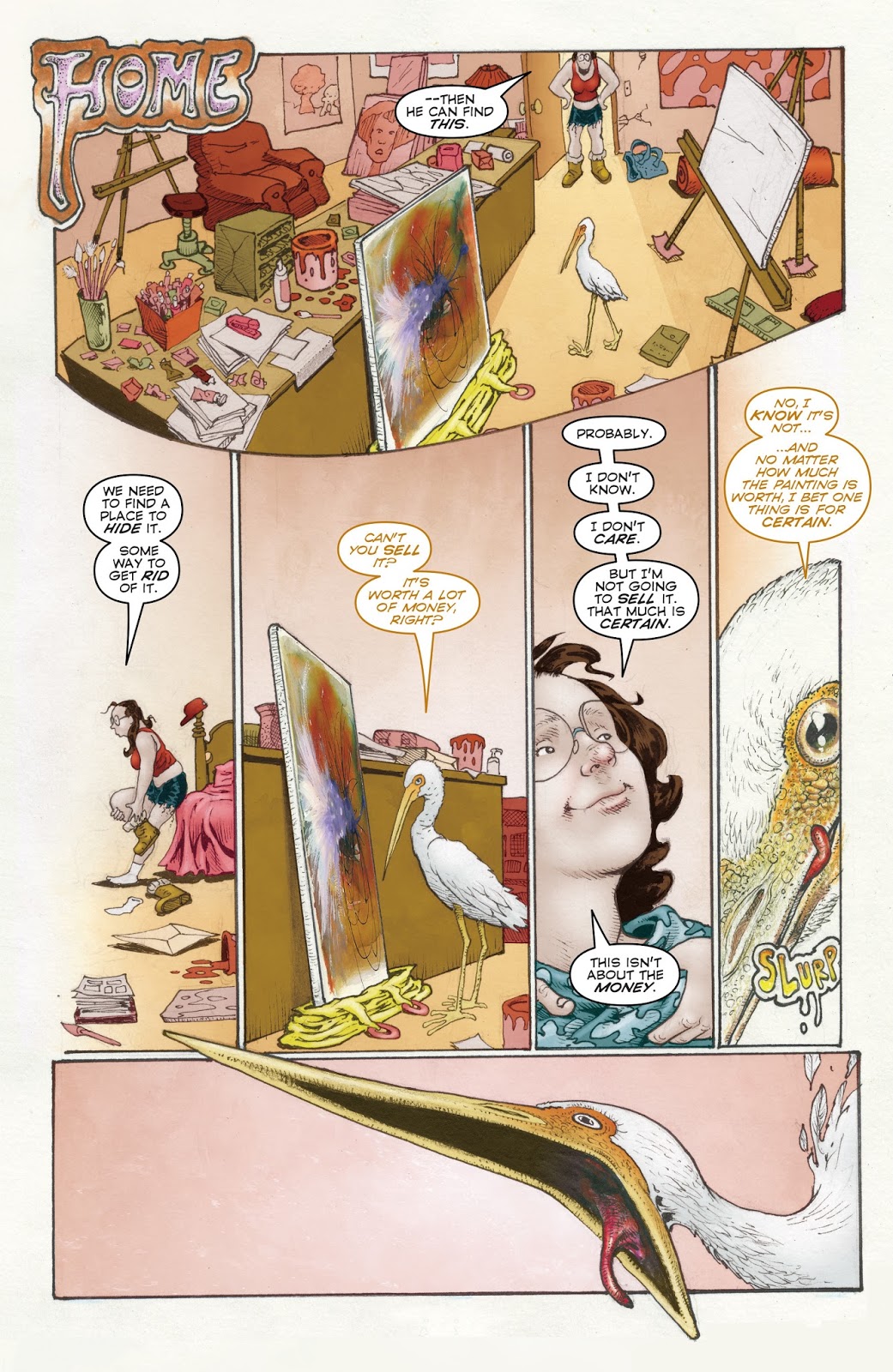 Painter Anastasia Rüe has been acquiring an enviable reputation, with her work commanding considerable prices and displayed in galleries. The art crimes unit of the police are therefore called into action when one of her paintings is stolen, the only clue being a single white feather left at the scene of the crime.

It should be the case that Eleanor and the Egret hits all the right spots. After all, it boasts a first rate creative team in writer John Layman and artist Sam Kieth, but it’s too high on random whimsy and too low on explanations. That’s down to Layman rather than Kieth, who’s ideally suited to draw a world that mixes the ancient and modern willy-nilly. One day Eleanor will be dressed in full Victorian finery, and the next she’ll be in vest, shorts and boots. The bowler hatted Detective Gilbert Belanger drives a Heinkel three wheeled Bubble Car, and the villain’s henchman is like something from Tim Burton’s nightmares. It’s a visual treat, with Kieth straying from cartooning into animal portraiture making for a stunning opening to the second chapter. He also draws a particularly fine egret, which is just as well, since Ellis appears from start to finish.

For his part Layman chooses to provide some explanations and just completely ignore others. An egret that subsists on art has to be taken as he is, which considering the major role he has is going to nag at those with an orderly mind. Anyone able to accept what’s presented unquestioningly and go with the flow will find Eleanor and the Egret has an Amelie-like charm and is superbly drawn.