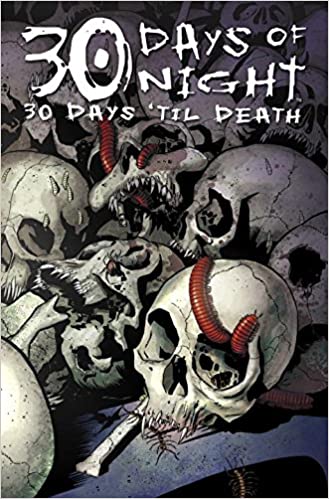 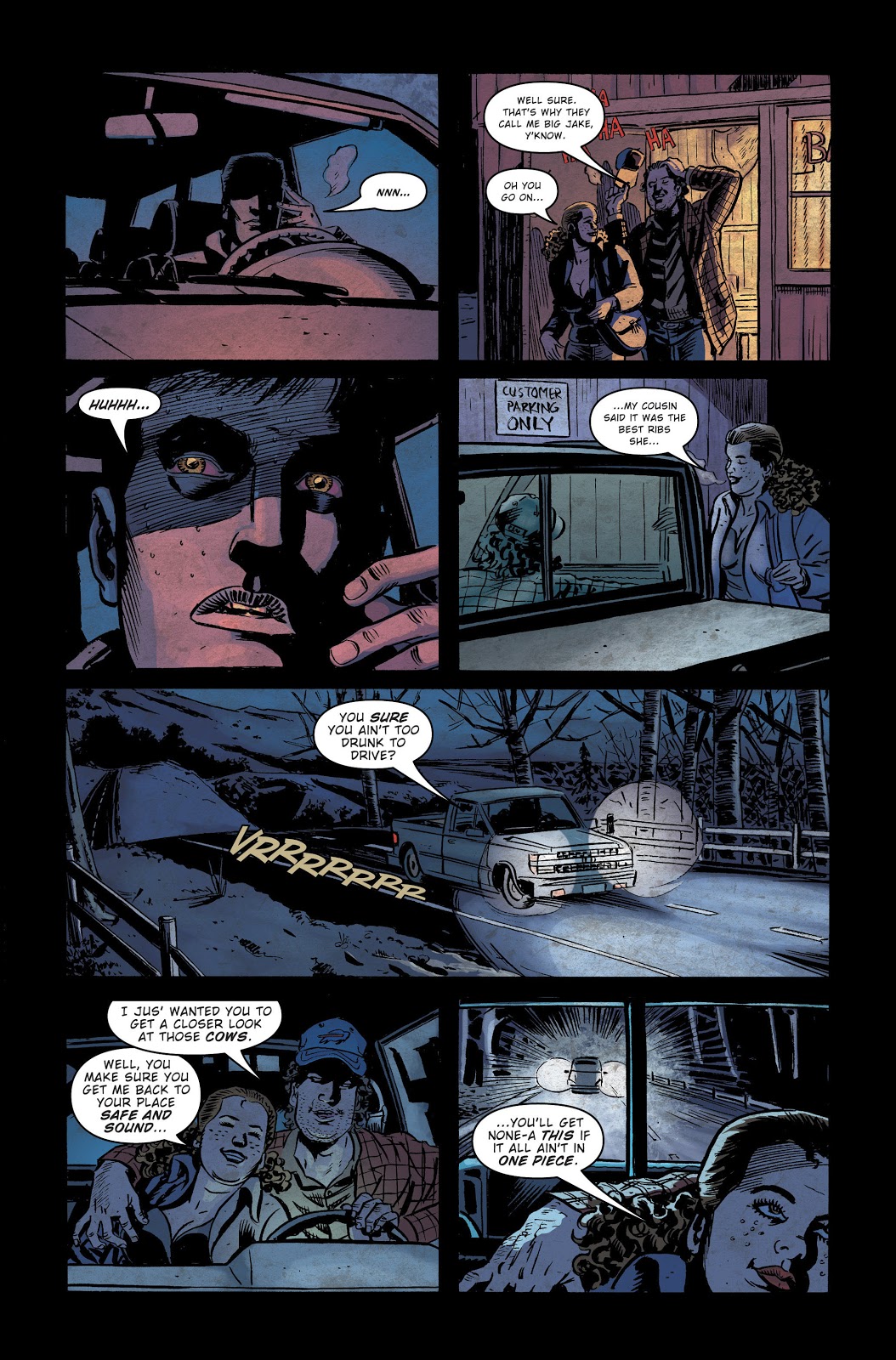 The European High Council of Vampires has ordered the elimination of the “cowboy vampires”, the arrogant American New Breeds who have caused havoc since the events of Barrow in the original 30 Days of Night. Executing this cull is the ruthlessly efficient Olbrecht and his Death Squad. In Buffalo, New York the vampire Rufus is trying to live a “normal” life in a nondescript apartment building after witnessing Olbrecht’s skills. Mostly he has succeeded, seen as a decent guy with a lovely girlfriend who looks out for his neighbours. Then his “cousins” come to visit and normal life becomes a little more dangerous.

David Lapham both writes and illustrates 30 Days of Death, using his crime noir style to create a different viewpoint of the world of vampires created by Steve Niles and Ben Templesmith. The series has always been about a struggle for survival against insurmountable odds, but with a clear demarcation between right and wrong, humans versus vampires. Lapham subverts this, Rufus a morally grey character making good choices purely because it enhances his chances of survival. Bad choices bring unwanted attention. Olbrecht is likewise simply doing a job to ensure Vampire society’s survival, looking like a Victorian villain but morally different. It’s tragically funny in the lengths Rufus goes to protect himself and how it quickly unravels, his predicament largely his own making in the first place.

Artistically Lapham’s style isn’t dissimilar to his work on Stray Bullets though with an obvious horror element and a looser style when illustrating supernatural elements. Len O’Gready’s colours set the mood, employing shadows well, though it can be overly dark in the final stages where Lapham’s art is harder to follow once more than two people enter a frame. The Victorian elements are over the top but Rufus and the various human characters he encounters are engaging and believable.

True horror observes the human condition beyond fear even while exaggerating the consequences of actions. While 30 Days ‘til Death feels more like a noir thriller, it does honour that tradition of horror, in a way a commentary on the dangers of greed and pride, but also positing that adopting simplicity and normality is not always the solution. It doesn’t stand up as well outside the 30 Days of Night canon despite adding a very interesting different dimension, and sits among the better series spin-offs. If you are a 30 Days or David Lapham fan then this is worth picking up. 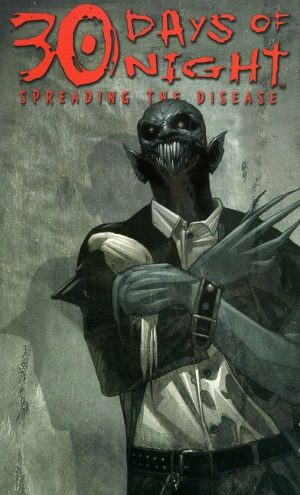