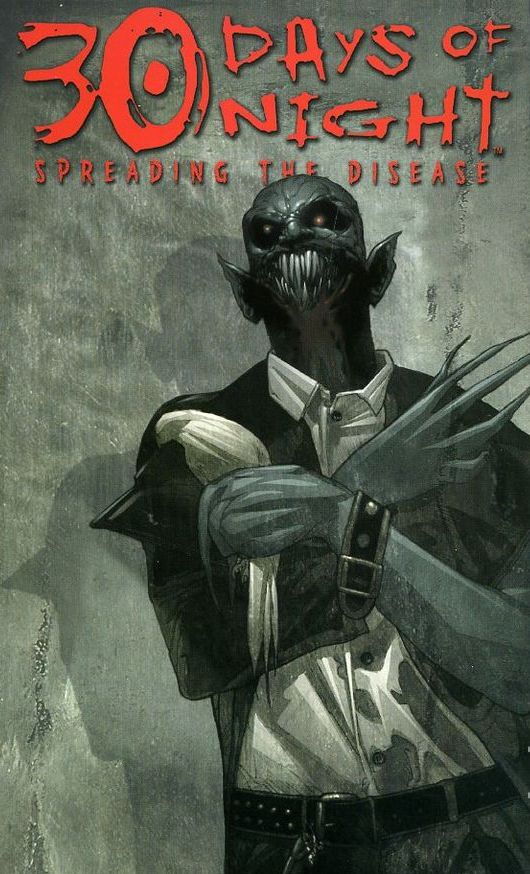 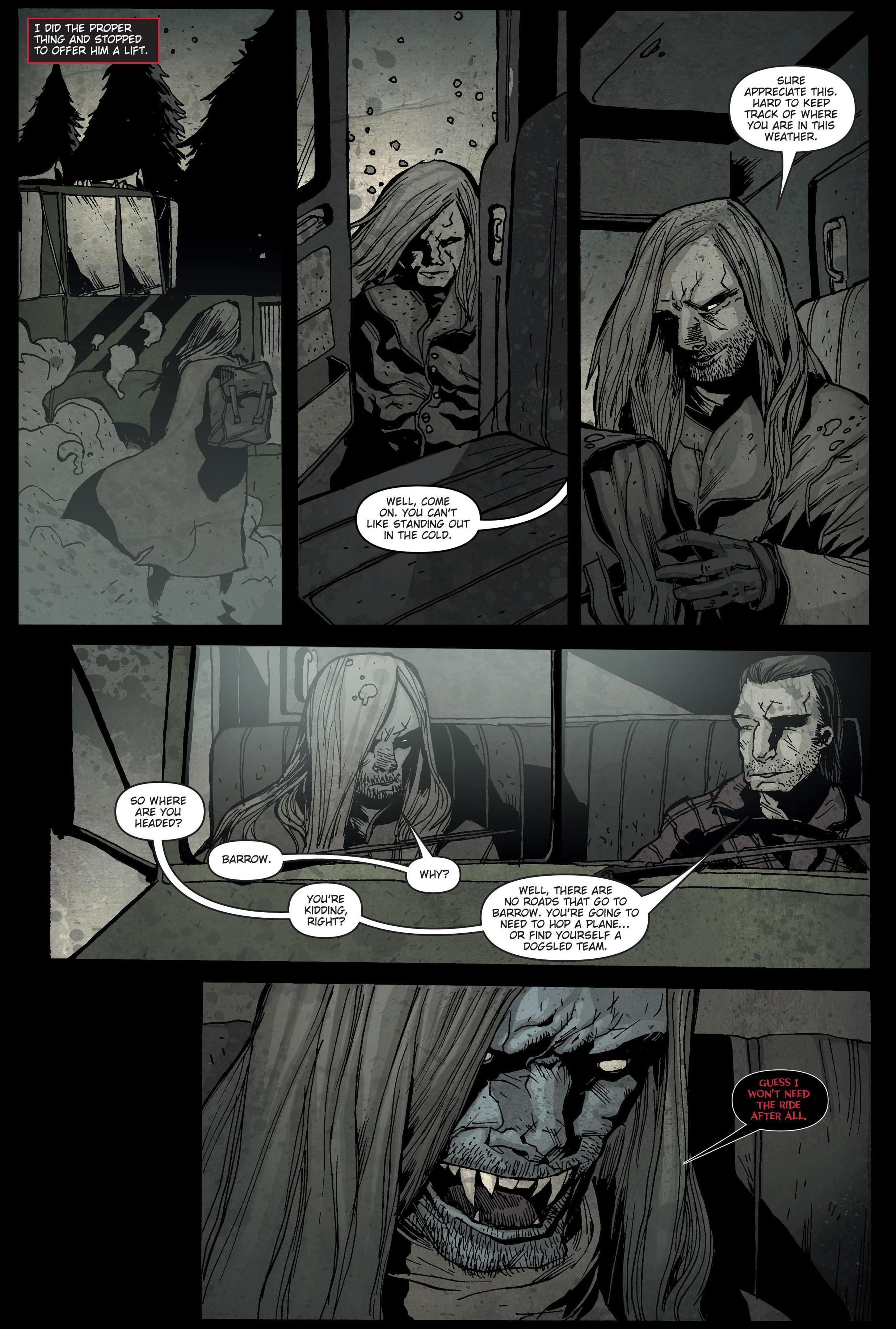 Spreading the Disease develops a story called ‘Dead Space’ that Dan Wickline co-wrote with 30 Days of Night creator Steve Niles for a tie-in anthology/sequel called Three Tales. Now writing solo, Wickline partners with artists Alex Sanchez and Tony Sandoval on the story of Agent Michael Henson who is about to leave for Mobile, Alabama where he has been exiled for his persistent theories on Vampiric involvement in the events of ‘Dead Space’. Then he gets a call chiding him for rolling over and a tip that sends him down to Florida instead. With national security at stake he’s pulling on a thread, but its unravelling will uncover deadly secrets.

Technically Spreading the Disease places before Eben & Stella in the continmuity, but as long as you slot it in after Three Tales you’re not learning any secrets ruining your enjoyment of other 30 Days of Night stories. Wickline takes the opportunity to build on some of Niles’ original ideas, particularly on what vampirism is and how it can spread. There’s a moody conspiratorial atmosphere facilitated by Sanchez (sample art), who employs good use of shading and interesting changes of perspective. He also uses a cleaner artistic line, which is unusual for the series, though purposely distorts the faces slightly. Tony Sandoval’s odd style highlights the gore to make it schlocky fun. As a conspiracy thriller the question “Who can you trust?” is essential to building tension and that’s definitely here.

The action sequences are decent, although they aren’t always congruent as a result of Wickline’s plotting, and elements of Spreading the Disease are entertaining. Standing out are the novel ways Wickline invents for human protagonists to dispatch vampires, but they’re not effectively employed within the narrative. Further plot points like questionable Big Tent preachers are overused and cliché, while others are blatantly lifted from elsewhere, with a nightclub scene looking suspiciously like the one in Blade. Artistically this is a vast improvement on ‘Dead Space’, but the plot lurches from development to development, under utilising good ideas. It furthers the 30 Days mythos in an interesting way, but ultimately it isn’t essential unless you prioritise art, because Sanchez and Sandoval are the stars of the show. 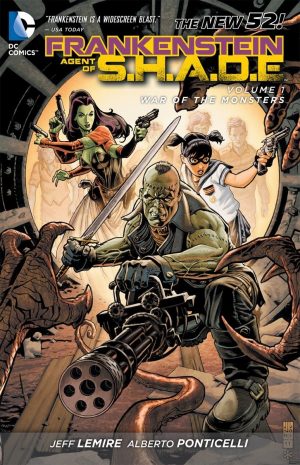