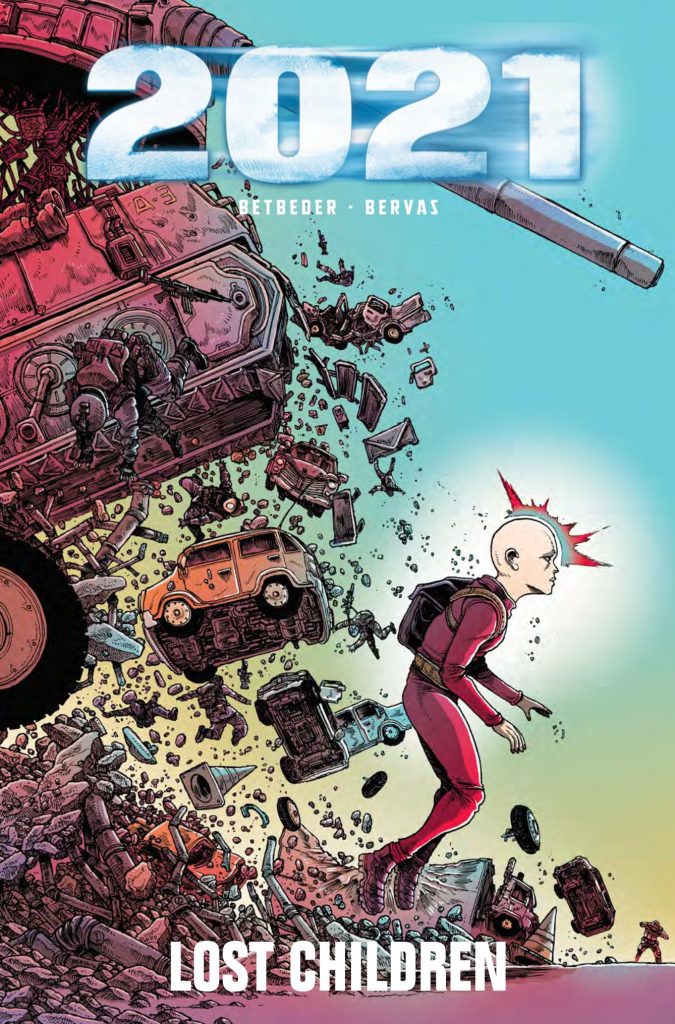 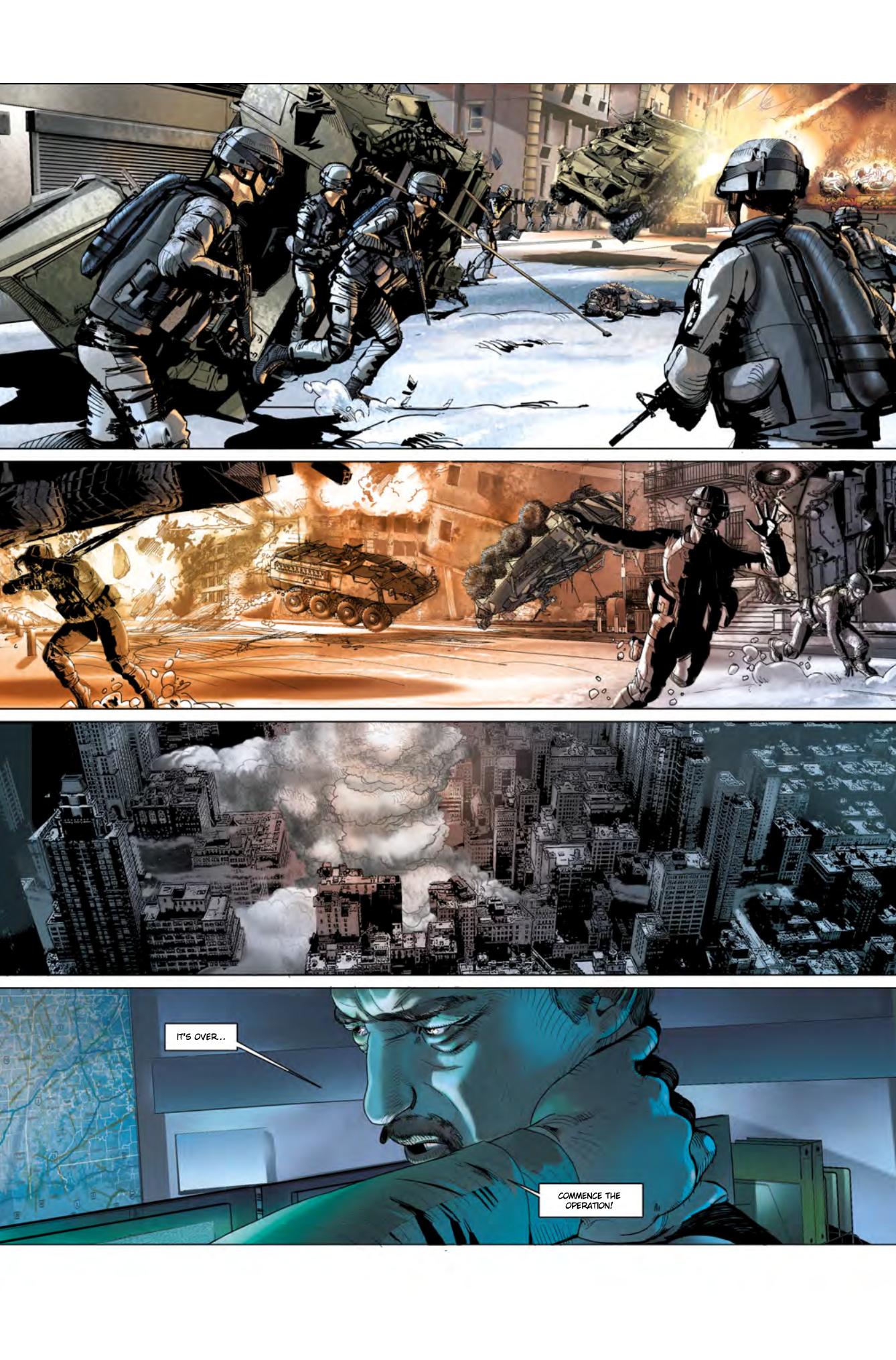 Stéphane Betbeder and Stéphane Bervas immediately attract the attention with an opening caption referring to the independent territory of Detroit in 2021, just two years after the Statix Press publication. We’re shown the US army invading the city, infiltrating four mutant children with a near invincible set of super powers, but with a price to be paid for using them. On each occasion the children they do so, the children age by several years. It’s a clever and tragic device, although never really explained beyond an obvious means of engaging sympathy. The reason they’re in Detroit is because an unhinged psychic named Ike Mercy has seized control of the city, very literally inhabiting every brick, and seceded from the USA. The children, in remote contact with an official they call Father, are the elite force tasked with taking back control.

The intention is to produce a widescreen X-Men style plot with a side dish of political manipulation, and given Betbeder’s viable premise and novel start, the early indications are good, but it’s surprising how rapidly 2021 descends into action thriller predictability. Almost every road block an active mind considers from the starting premise occurs, and beyond the opening, surprises are few. Betbeder’s also very prone to soundbite dialogue as used in the films he’s aping. In those however, there’s action accompanying them, while alongside static images the dialogue is amplified and the clichés underlined. This isn’t helped by a literal translation from Jessica Burton, very stilted, reading like dialogue rather than flowing naturally. Even allowing for March’s insanity, “I am the Gamesmaster and it is in my arena that you’re about to play” is an incredibly awkward piece of phrasing. Time and again the flow of the story is interrupted by some clunky dialogue.

Unfortunately 2021 isn’t saved by Bervas’ art either. He opts for a form of 3-D rendering that’s heavy on detail, so good at creating environments, but his people lack personality, and that’s a deficiency when 2021 ultimately needs a large dose of humanity to work.

While we await the conclusion, Betbeder switches attention to create tension by forcing in several unnecessary pages about Detroit’s rise and fall over the 20th century and present day political machinations. This serves to dampen the effect of a good plot device that follows, one causing a schism and leading to the finale. There’s an ambition about 2021, but not ultimately enough to be translated into a memorable experience.