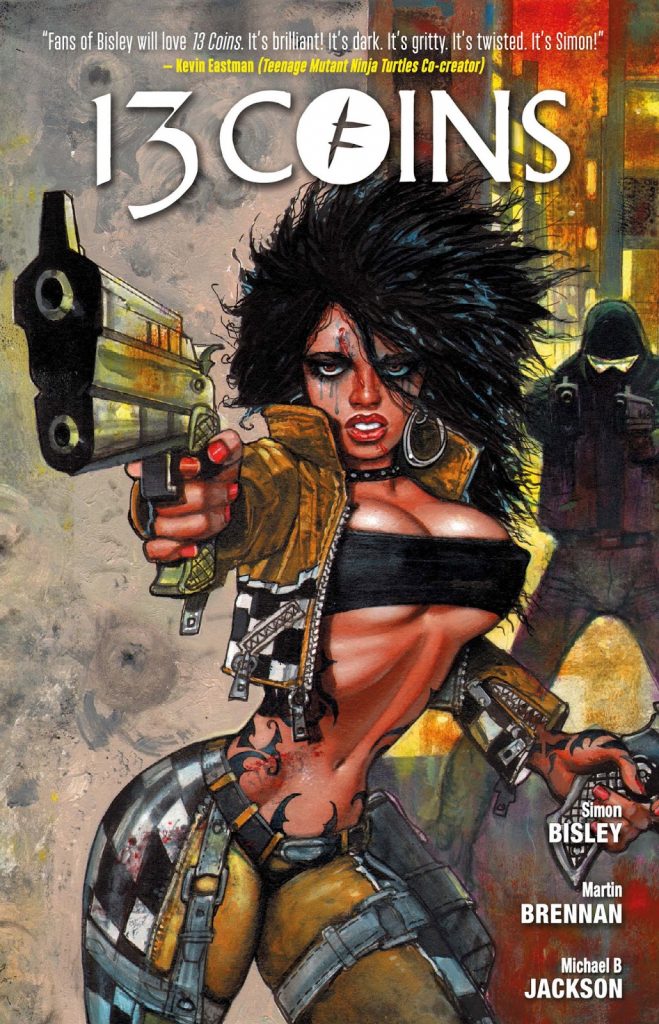 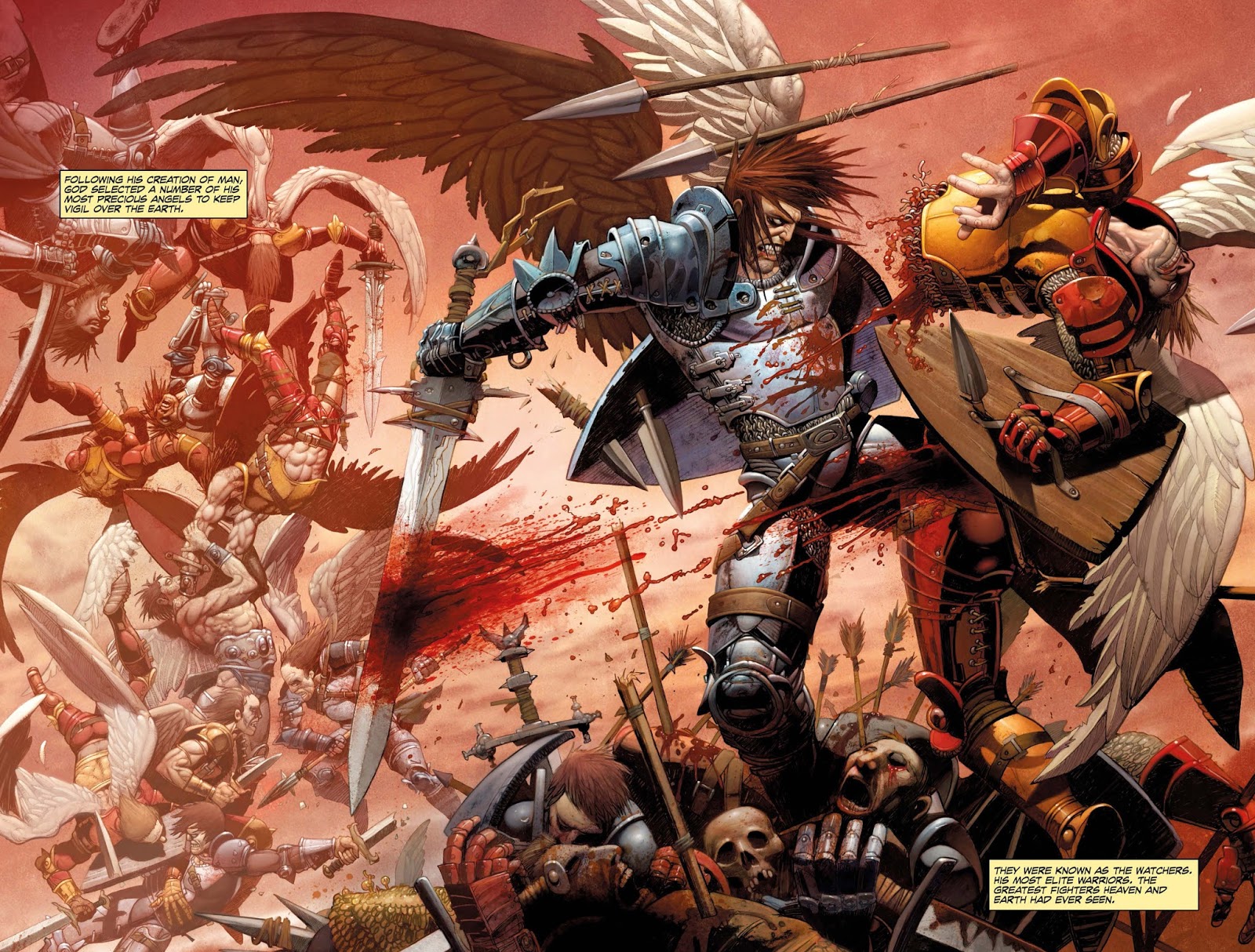 Martin Brennan and Michael B. Jackson began writing for the games industry, and for once a back cover blurb noting films in development has some credence as The Devil’s Doorway has since been released. Their background is evident in the pacing of 13 Coins, telling their story in broad strokes and never straying too far from an action scene, which enables Simon Bisley to do what he does best: impress with excess. As the sample page relates, the descendants of thirteen angels exist among every society on Earth, and that residual ancestral trace enables individuals to excel physically. Unfortunately, the Fallen also exist, in far greater numbers, these demons waging war, tempting humanity and unleashing the worst instincts of those they target. The thirteen coins? The means by which the demons influence humans.

John Pozner takes the role of sympathetic everyman to whom the plot is explained. Once a hot basketball prospect, he screwed up his life with drugs, a lapse that saw him plastered all over the papers. Now clean, he works in a diner, the only place that’ll employ him, but that’s about to change as his life becomes embroiled with the angels.

Bisley spent years coasting on his 1990s reputation, and the cover certainly fails to dispel notions that 13 Coins will be any improvement, but the first half is Bisley with mojo rediscovered, painting page after page of the material that made his name in the first place. Deadline problems seem to kick in at the halfway point, and the art becomes looser, with less detailed backgrounds, although his bum fetish is consistently indulged. Unfortunately by the final pages Bisley appears to have lost all interest, and these are very basic, which is a shame considering the effort he put in at the start.

While their premise is sound, and a couple of interesting ideas seep through (the angels more resembling a street gang), Brennan and Jackson otherwise present nothing but formula. From the opening page any reader with a few action films under their belt will predict exactly where the story’s going, and how it arrives there. The only real unpredictability concerns a haunted vet whose service to his country cost him a leg, and that’s only because the writers forget about him for dozens of pages at a time. Everything plays out exactly as you think it will, and given the deteriorating art 13 Coins is a premise wasted. Here’s the thing, though. That premise is strong enough that you may yet be seeing 13 Coins the movie. 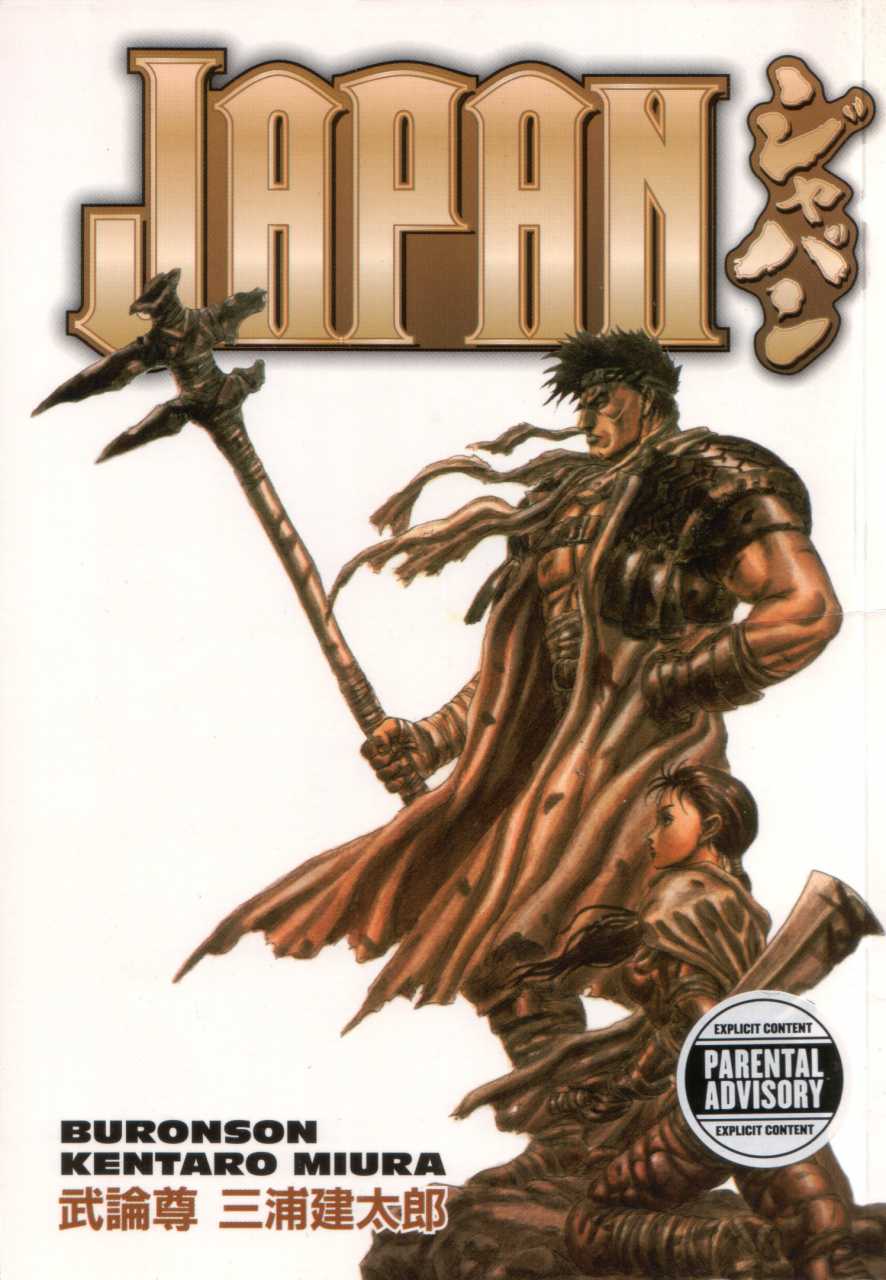