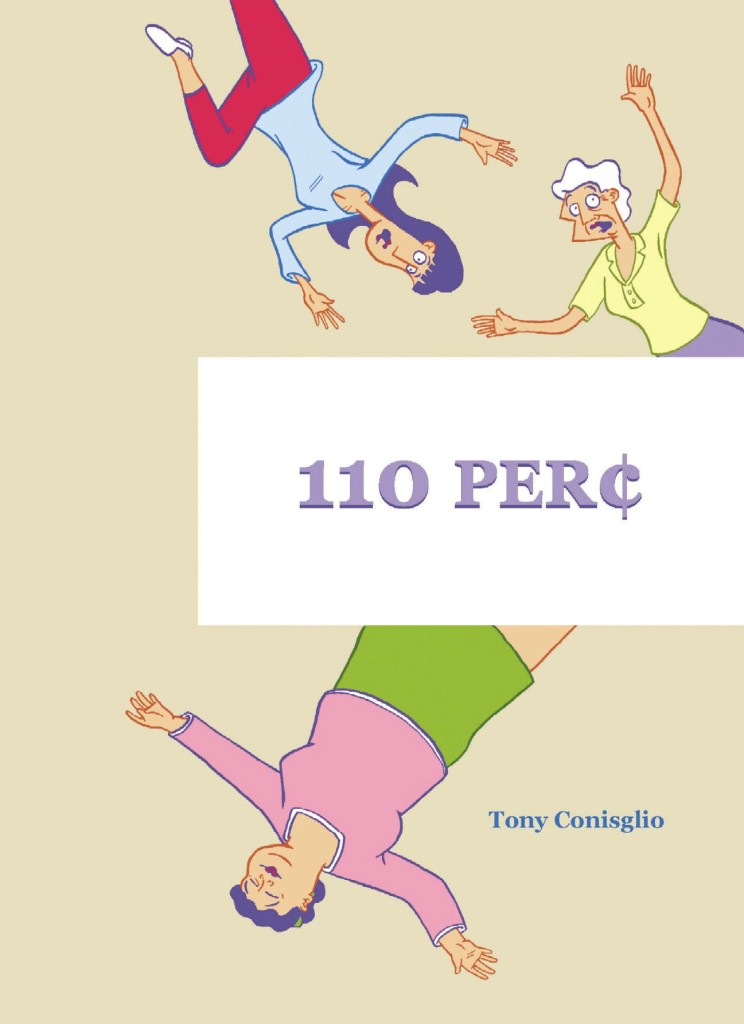 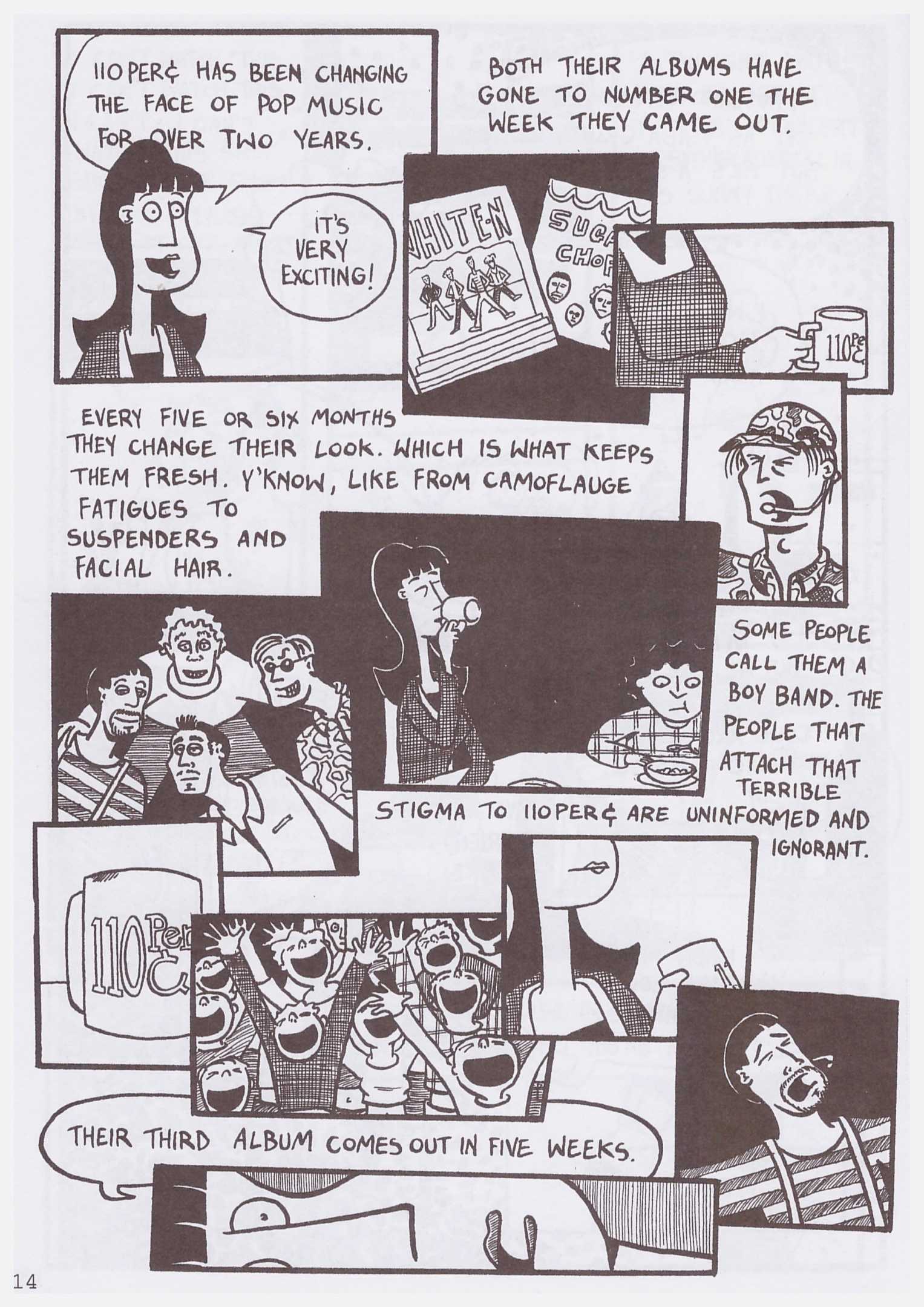 Cathy, Gertrude and Sasha are of varying ages, but all would broadly fall within a category of middle-aged. Their common point of interest is mega-successful boy band 100Per¢, and they attend monthly meetings of Mature Older Fans of 100Per¢, or MOFO. 100Per¢ as a going concern are only ever viewed via their fans, the narrative concerning a period leading up to the release of their third album and accompanying concert tour.

Tony Consiglio has constructed an absorbingly awkward observation of three women and how their obsession impacts on their lives, and those of their loved ones. The most centred is Sasha, also the oldest of the trio. Her husband is portrayed as crude and irascible, yet, as noted when he’s introduced, he’s more understanding and better behaved than he comes across. Cathy is single, overweight and unhappy, enduring the unacceptable behaviour of her workmates since they provide a form of company. Her love of 100Per¢ is founded in loneliness, and they represent an ideal to her. Gertrude should be the most fulfilled. She lives with an understanding husband and two teenage children, but she’s also fired by an inner anger, and Gertrude is the only significant cast member from whom there’s an explicit statement of attraction forming part of her attachment. Her obsession and capabilities are very well developed in one respect, yet she remains a puzzle. With what ought to be a comfortable home life why does her devotion to the band carry her away to such a degree?

Consiglio peppers his tale with amusing asides such as the constant bickering between MOFO members or one who’s only there to cop off with women, but also supplies some truly buttock-clenching moments of embarrassment. Gertrude’s single-mindedness is usually the cause.

The most suitable comparison is with the work of Alex Robinson, who supplies a back cover recommendation. At this stage of their respective careers, Consiglio is actually the slightly better cartoonist, applying a greater emotional context to his characters in a clear style. Unfortunately, though, Robinson has progressed while Consiglio hasn’t published a graphic novel in ten years. As such, this pocket sized book has become rather lost in time, and it deserves better. You’ll laugh, you’ll cringe with embarrassment and you’ll be well entertained.

And just in case there’s any confusion, this isn’t the same Tony Consiglio who was Frank Sinatra’s buddy.