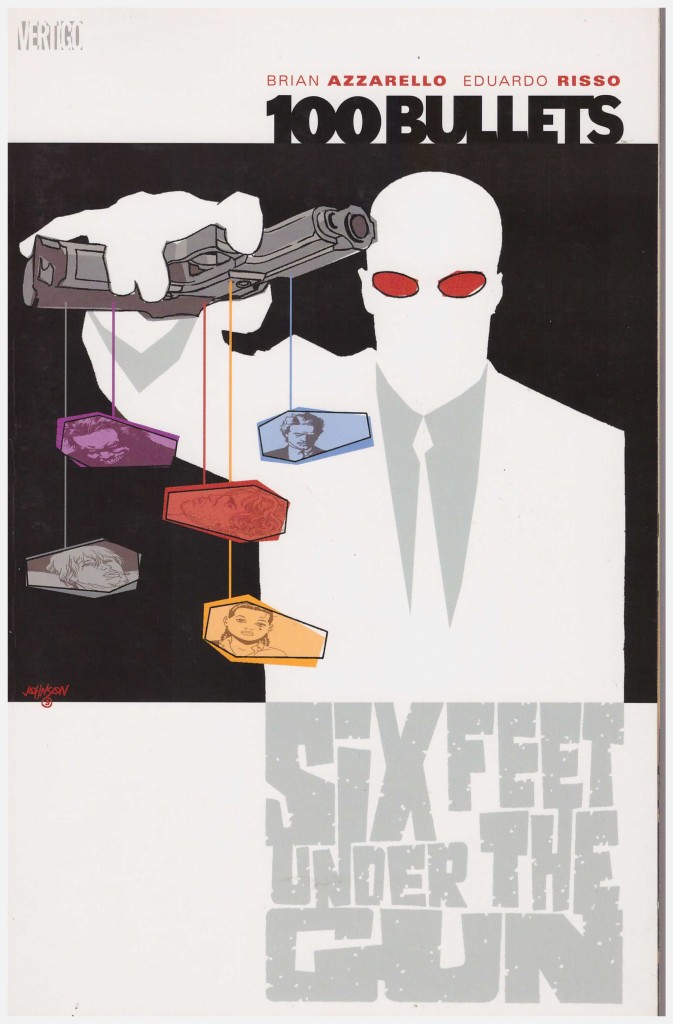 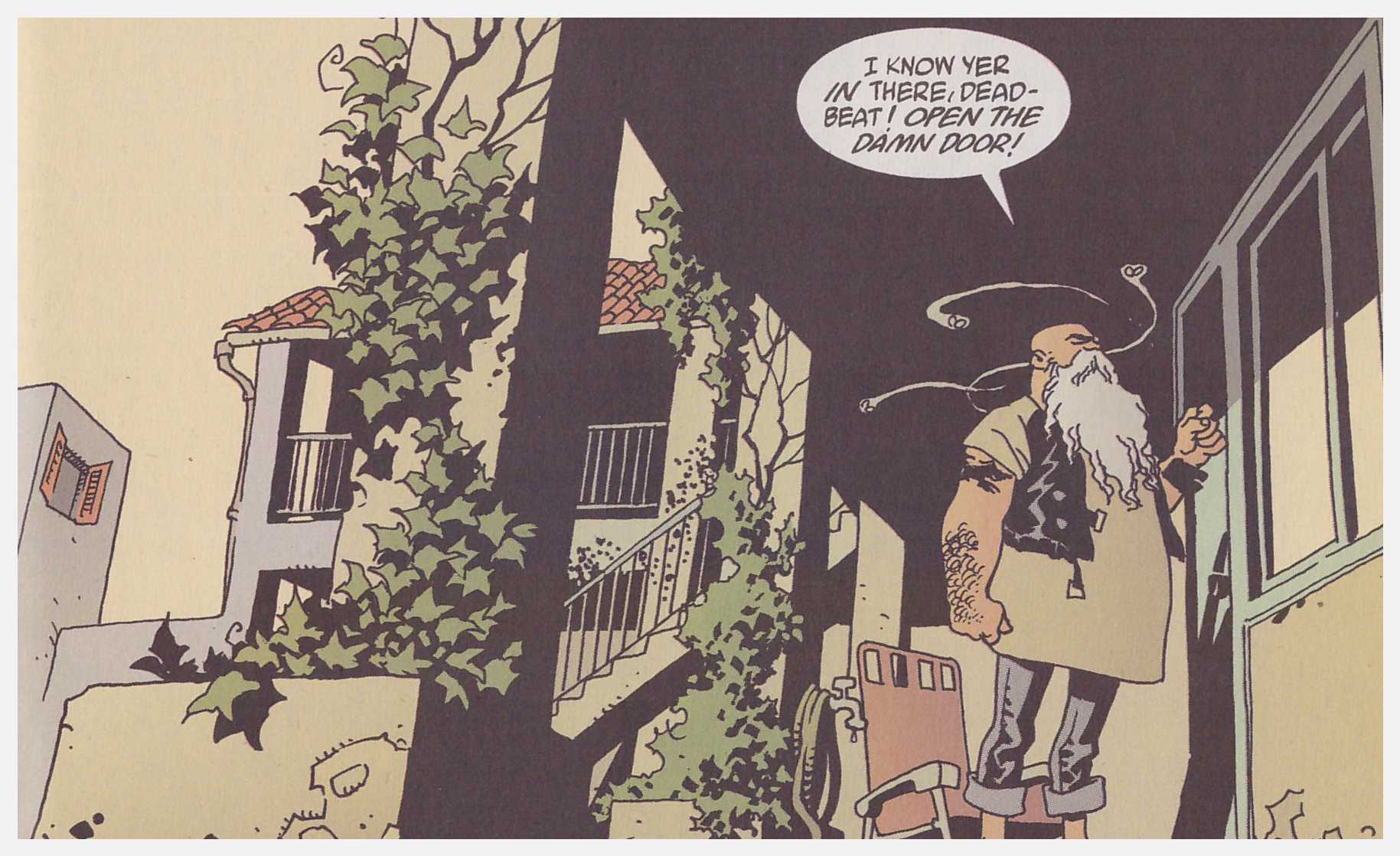 This is very much a transitional volume. Each of the six chapters takes a look at someone we’ve met before, and by the end of the book pretty well all the cards are on the table. In parsing out his information Brian Azzarello constructs six wonderful crime stories, but the bigger picture will elude anyone who’s not been reading the series to this point. Why should they care about Dizzy heading back home to her Chicago neighbourhood, or Cole Burns visiting the girlfriend he deserted a year previously?

We also drop in on Wylie Times, Auguste Medici and Lono, the latter somewhat the mysterious presence to date with only one side to his character displayed. He’s like the cartoon Tasmanian Devil with the ultra-violence button permanently on; the man who’ll throw the grenade into the room and sort out the mess later. We also learn more about Shepherd. He’s been around since the beginning of the series, his capabilities never in doubt (and laid out here), but his motives and allegiances never completely clear. A lot more is revealed, as it is about Graves. The Trust fear him, but can also dangle something over his head, so this book is very much the calm before the storm.

In between all the plotting and counter-plotting, we look in on what are specifically referred to as “the little people”. In a particularly fine chapter a couple see an accident outside their house, and the mood switches from seedy to shock, ecstasy and woe. It’s like an extended version of the mini-masterpiece morality plays Will Eisner produced for The Spirit.

Azzarello’s dialogue is continually impressive, and the manner in which he uses captions to reflect the deeper levels of his story is awe-inspiring. The chapter spotlighting Auguste Medici, an increasingly important character, opens with him in Florida feeding the alligators, yet the implication generated refers to his leading position within the Trust.

How many times can one comment on the sheer excellence of Eduardo Risso? On the one hand there’s a minimalism to his art, yet the depth he provides the cast is astounding. You can hear the faulty beer taps dripping in the bars he creates, and those old cars pop. Perhaps it’s also time to remind regarding the wonderful contribution of colourist Patricia Mulvihill. She didn’t set the tone from the start, but has taken on the difficult task of creating colour moods from an artist who slathers on the black ink. Her task is subtlety, exceptionally well carried out.

Six Feet Under the Gun is collected along with the following Samurai and opening material from The Hard Way as book three of the oversize hardback 100 Bullets Deluxe Edition.